With new functionality of Cloud Software Google Earth, Google has made it possible to compare historical World War II surveillance photos taken during the war with current satellite cityscape imagery, giving people a unique opportunity to see the effect of past events using today’s mapping technology. 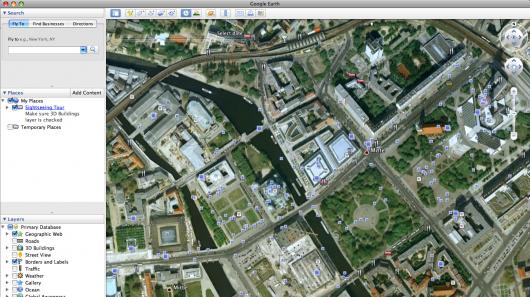 The photos, obtained by The GeoInformation Group, were taken over 40 European cities by both the Royal Air Force (RAF) and United States Air Force (USAF) during WWII. Many of these were then hand-stitched together, and because many of the original photos were destroyed, for some cities they are the last photographic record of this era. At the time they were used primarily for photo reconnaissance but also for post-bombing damage assessment.

his is particularly striking when images are available for pre-war, post-bomb and modern day eras. One especially dramatic example is Warsaw as it was one of the most heavily destroyed cities, and almost entirely rebuilt following the war . Photos of Warsaw’s Ghetto in 1935 show the streets intact, while 1945 show bomb craters, rubble and skeletal houses with no roofs. In 2000 these have become bridges and skyscrapers, parkland and shops. 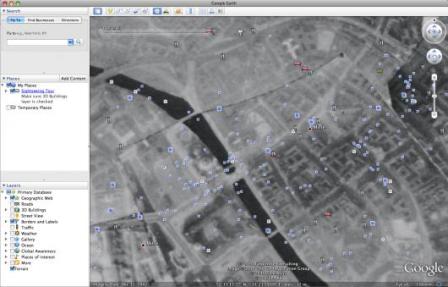 It is hoped that this new imagery will enable people to see more vividly the devastating impact of war, the way in which urban environments are reconstructed over time and is clearly a powerful learning aid. Jan O³dakowski, Director of Warsaw Rising Museum believes that “tools like Google Earth should be used during lessons in primary and secondary schools to increase students’ interest in history.”

Ed Parsons, Google’s Geospatial Technologist said, “Many of us have heard stories, read books and watched films which show the many impacts of WWII across the world. By enabling people to compare then with now, in such a simple way, it reminds us all of the devastating impact of war on the people in those cities and also the remarkable way in which urban environments are reconstructed and regenerated over time.” 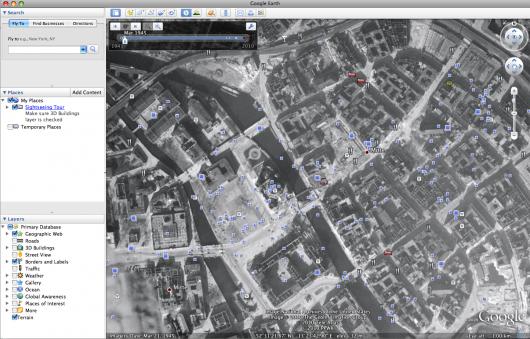 The historical imagery can be accessed by downloading Google Earth and then clicking the clock icon in the upper status bar. This will bring up a time-line showing years for which images are available and you can navigate to them by dragging the sliding marker left or right or by clicking the arrows backwards or forwards. This functionality is available wherever there are numerous satellite images available. (www.google.com/earth)

Just yesterday (December 2, 2019), only a couple of hours ago, Escobar Inc released its own foldable phone. The founder of the company (Escobar...
Read more
Home Gadgets

It does sound like a good time to be a Lytro owner, don’t you think so? Recently, a couple of new features, Lytro has...
Read more