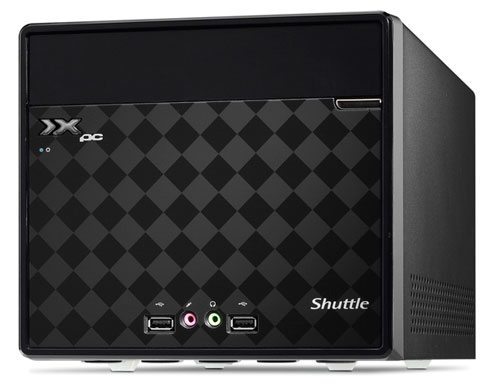 Shuttle says that the new system is nearly a 100% redesign and was developed for versatility. The J-series machines now support the mini-ITX standard to allow for more upgradability. A new linear fan cooling system and larger ventilation holes keep things cooler inside the small chassis.

The new cooling system allows for dual slot graphics cards to be used and up to 8GB of DDR2 memory. The cables inside the machine are pre-routed and the machine is based on the Intel G41 chipset. Graphics are via Intel GMA X4500 and the machine has a single PCIe x16 slot and a PCI slot for upgrades along with a 250W PSU. The machine will sell for EUR 146 in Europe plus VAT. There is no word on US availability.