The HTC EVO 4G is the flagship of all flagship phones for Sprint….I’d contend the most revolutionary and feature-rich handset in the history of both companies. For many reasons, the HTC EVO 4G will not only changes the function and feature set of phones as we know it, but HTC has also incorporated outputs on the device that come very close to an all-in-one miniPC, which can fit snug in our shirt pockets. It will definitely revolutionize the handset market, and other manufacturers are racing to compete.

Starting with a 1GHz Snapdragon processor and Android 2.1, HTC added a whopping 4.3-inch (800×480) capacitive display with tactile feedback, WiMAX (4G) capability for an average download speed of 3-6 Mbps, Bluetooth 2.1 with stereo A2DP and EDR, 1GB ROM and 512MB RAM, an 8GB microSD card with support for microSDHC cards of up to 32GB, HDMI output, and – get this – an 8-megapixel camera with auto-focus, dual LED flash, and 720p video capture and a 1.3 megapixel forward-facing camera. 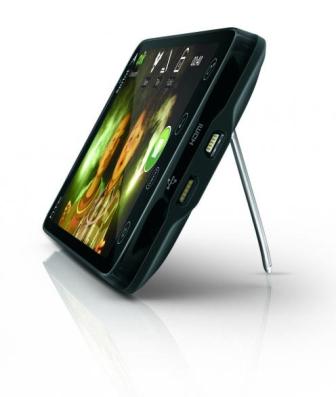 On the software side, there’s visual voicemail, Flash support, browser pinch-to-zoom with automatic text reflowing, the latest HTC Sense UI with Friend Stream which aggregates your social networks into one stream, and the real killer app – a built-in mobile hotspot to share your connection with up to eight devices- (Palm was first to market with this feature in their new pre Plus for Verizon). 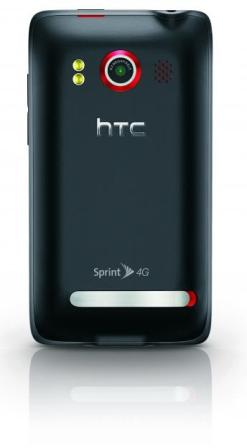 No word on price yet, but it won’t be cheap. (sprint.com/4G). Developers who want to build apps that utilize the unique features in the EVO 4G, like the front-facing camera and HDMI output, should visit developer.sprint.com.