Optoma is one of those projector manufacturers that keeps popping up in our stream, and we’re kind of glad about that. Sure, they’ve stuck to their pico-projectors like they were the last projectors in the world more often than not, but there’s nothing small about these GameTime Projectors. And, what’s best of all, is that they’re actually under $1,000! Score one for the rest of us, right? 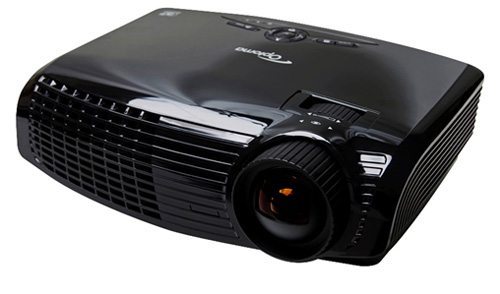 The Optoma GameTime projectors are aimed specifically at computer and console gamers, with the introduction of three new models to satiate any particular style of gaming you partake. GT720 and GT360 are equipped with short-throw lenses, have a 2,500-lumen brightness rating, and have a 3,000:1 contrast ratio. Both of these models also include a 10W built-in speaker, just in case you’re not taking full advantage of that surround sound system. The GT360 is designed for the Wii, surprisingly enough, as the projector has a native resolution of 800×600, and it’s meant for a standard definition unit, even if it can receive an HD input, and is compatible with Macs and PCs.

The Quench is a smart plant-watering sensor system that's able to detect exactly when your plant needs water, for which the system will then notify you with a gentle audible tone. Overall, this simple, yet ingenious moisture-detection solution can make it very easy for you to take care (or better care) of your plants. With it, not only can you completely avoid over-watering your plants, but you'll also never forget to water your plants ever again!
Read more
Miscellaneous Gadgets

The Merge Cube is an App-Enabled AR- and VR-powered Smart Cube that can be used both for teaching and learning, as it allows kids to hold virtual 3D objects in their hands. Overall, the Merge Cube is simply one of the best STEM-leanning tools that you can currently find available, as it allows allow students to learn effectively about many different subjects by having them interacting with digitally created virtual 3D objects for their educational content of choice, which can include Biology, Anatomy, Engineering, the Universe, and much, much more.
Read more