Converse is the name of a new app that will soon become available, which is claimed to turn your iPhone into a double ended language translator – a multilingual, face-to-face instant messaging conversation. It’s one of the most innovative uses of the iPhone’s form factor around, with both people able to type on a keyboard in their own language at the same time and have the words translated and displayed for the other person. 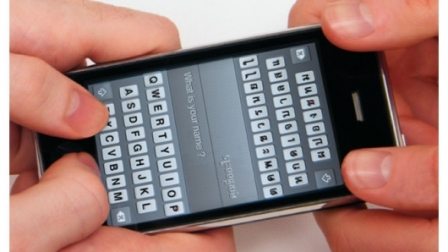 If it works as advertised, Converse is set to significantly reduce communication problems on holidays and business trips abroad. The new app enables an English speaker to communicate with people in 51 different languages, and keyboards accommodating non-Latin languages such as Arabic, Chinese, Japanese, Korean, Russian, Thai, Czech, Hebrew and Ukrainian scripts.

You can ask a question by simply typing it in, just like a text message or email. The text is then immediately translated into your chosen language and displayed on the other end of the screen. The person can then respond to the question in their language in exactly the same way, and their response is translated back to you in your native language.

This novel twist on language translation is claimed to use “the best language translation APIs available on the web”, and enables “fluent complex text-based conversations with almost anyone in the world.” Now if you’ve ever played with web translation, you’ll know this is a big deal. At around $2.50, its a great deal considering translation apps are among the highest priced apps in the iTunes store. Whatsmore, the convenience of having a single word or phrase translator for rough and ready translations on the go will be simply too good to pass up.

The publisher’s site will be available shortly- here.

8 Tech Tools Every Nonprofit Should Use