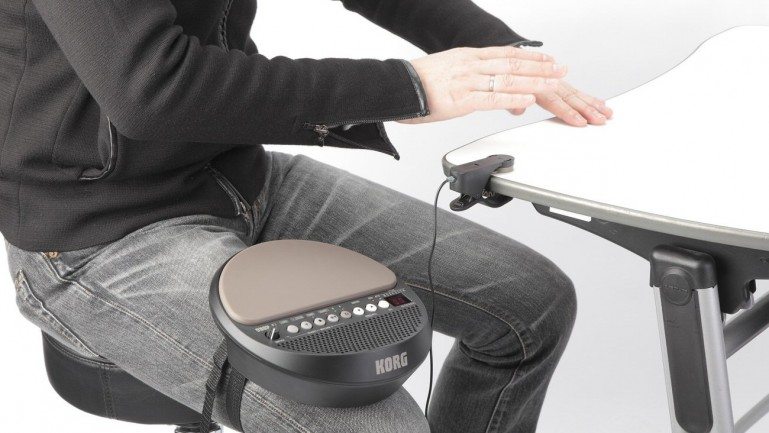 At the end of last year, Korg annoucned a new Asian version of its famous Wavedrum percussion synthesizer, designed specifically for Middle Eastern music. This year, the company has announced that its Wavedrum technology has been reduced down into a compact, portable, playable pad with a built-in speaker and effects. The Wavedrum Mini also features a clip sensor, designed to allow users to transform finger taps and hand slaps made on just about any surface into synthesized, amplified percussive sounds.

The new device can run on AC power or battery power, with six nickel metal hydride batteries said to offer four hours of usage.  The top of the Wavedrum Mini has a pad for tapping out rhythms, and users can choose from 100 pre-recorded sounds ranging from a virtual drum kit, to tuned percussion, to stringed instruments, or to the kind of tones that only a synthesizer can produce.

The output volume level through the 1.3W speaker is dependent on how much force is applied to the pad, and the kind of sound produced can also be influenced by where the user strikes the surface. A number of onboard effects such as delay, chorus and distortion can be applied to whatever sounds are chosen, and there’s a loop recorder with unlimited overdubs that offers a maximum recording length of 25 seconds. If you need some preset accompaniment to your creation, there’s a 100 rhythm patterns to choose from, covering a range of different styles from all over the world. 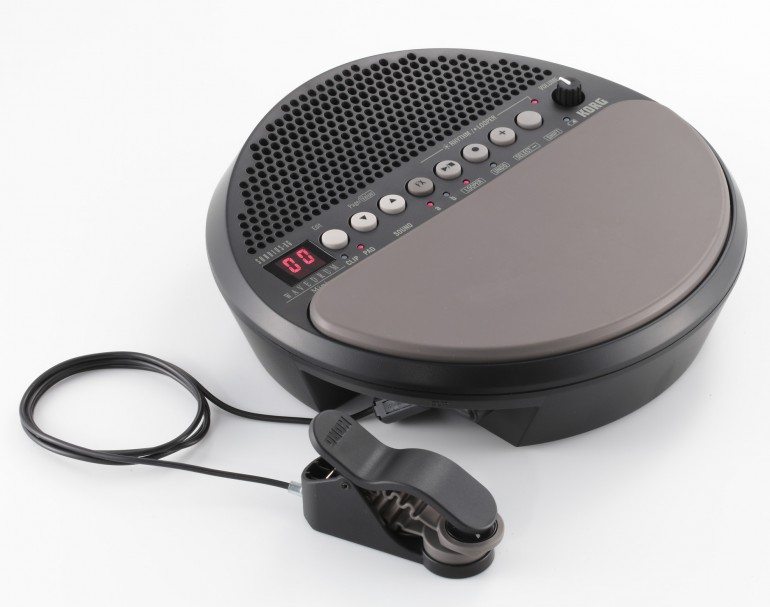 The Wavedrum Mini also includes a newly developed sensor clip that is capable of turning hand drumming on any surface – like pounding on a table, foot tapping on the floor or even rhythmic finger rapping on the side of a cup – into synthesized sounds. The type of surface chosen can also have an impact on the sound produced, leading to diverse sonic opportunities and the potential for endless experimentation. Users can play on the pad and via a sensor clip surface at the same time.

The 8.50 x 8.50 x 2.63 inches (216 x 216 x 67mm) device has a 24-bit analog-to-digital/digital-to-analog conversion and a sampling frequency of 48 kHz.  It also has a headphone jack for private performances and weighs 2.20 pounds (1kg) with batteries.  Korg is suggesting a 3rd-quarter launch for the Wavedrum Mini, and pricing has yet to be announced.

Blackberry Storm 2: Not a Lot of New Features, But Improvements in Current Features