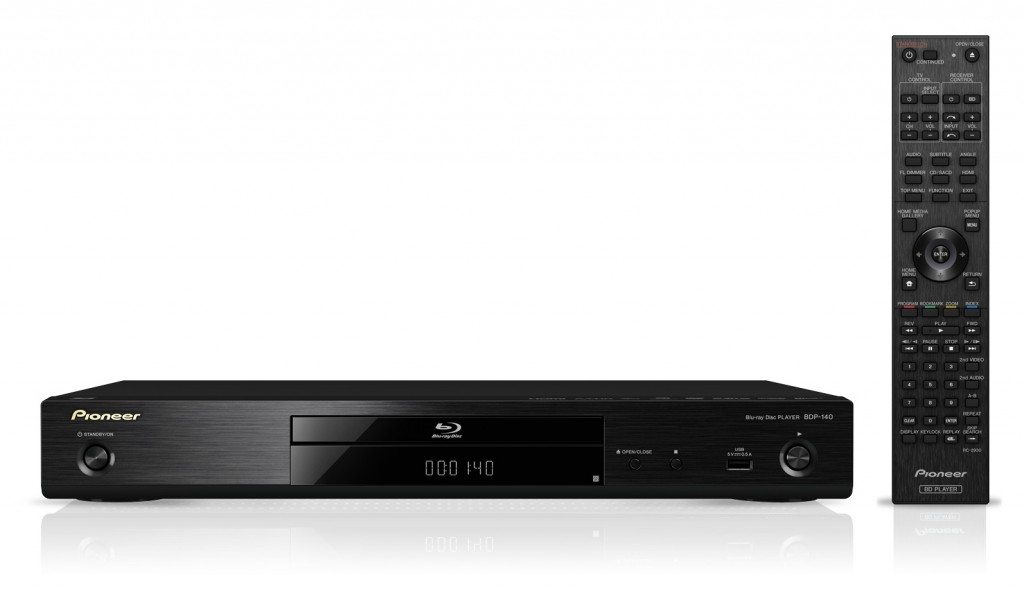 Pioneer has introduced three new Blu-ray players for 2011,  boasting 3D playback and universal disc playback, which means that you can play Super Audio CDs and DVD-Audio discs as well as your regular and 3D Blu-rays .  They include the BDP-140, BDP-440 and BDP-LX55.

These new gadgets can also be connected to the internet via an Ethernet port.

The real juice behind these players, however, is the BD-Live feature, which allows you to access extra content on your Blu-ray players, as well as accessing YouTube and Picasa.

The players come with an HDMI-out port, and the BDP-LX55 comes with two so you can hook it up to multiple display devices at the same time.  These new gadgets also support “upconvert DVDs” HD quality, and the BDP-LX55 brings extra video processing IC, and control over the output.

“An excellent home theater experience starts with the source so it is extremely important that we implement the highest quality audio and video reproduction with the latest technologies and features.  These new players let you access audio and video content from a variety of online and other personal sources so you’re never restricted to just your disc-based movie library,” said Chris Walker, director AV marketing and product planning for the home entertainment division of Pioneer Electronics (USA) Inc.

For convenient control of the home theater system, Pioneer’s free iControlAV2 App turns various smartphones and tablets into fully functioning remote controls for the new Blu-ray 3D players.  When the players are connected via Ethernet to a wireless router, the app allows users to control basic functions of the players.  Pioneer’s iControlAV2 App is available for the iPad, iPhone, iPod Touch and for select Android devices.  Full details of the iControlAV2 App can be found in the Apple App Store or Android Market.