How Car Gadgets Improve the Landscape of the Auto Industry 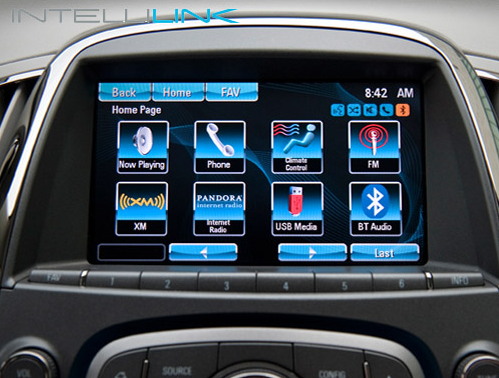 The past few years have seen a big influx of  car gadgets, and many consumers will not consider even the best looking car if it doesn’t have the gadgets and technology they need.  Simply put, people are hooked on gadgets, gizmos and all sorts of tech for their cars and trucks.  From music – to Bluetooth – to GPS – to onboard PCs, the automobile’s primary attraction is not so much the big engine anymore, but rather, all of the bright shiny electronics that accompany them. These are the top 5 car gadgets that people are interested in when purchasing a car: 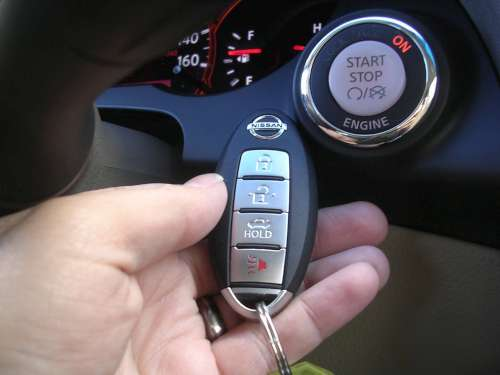 Keyless Ignition:  Cars with remote ignition make it easy to warm your auto during the winter.  With this gadget, you can push a button and the car starts heating up for you, while simultaneously locking the doors and securing the car. But if you really want to keep your hands free to battle corruption, you should go keyless. With a keyless ignition system, you keep a key fob in your pocket. A sensor will detect the key fob’s presence in the car and start.  All the driver has to do is push a button on the dash and press the brake. 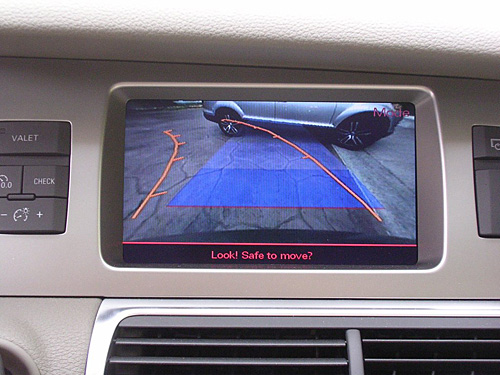 Back-up Parking Camera: According to safety advocacy group “Kids and Cars”, two children are killed and 48 children are seriously injured every week because a driver that was backing up didn’t see them.  Enter back-up parking cameras. These cameras send live images of what’s behind the car to a dashboard screen.  The image comes up as soon as the driver puts it into reverse.  Luxury cars add motion sensors to the camera system that detect movement, so if the camera doesn’t catch a possible hazard, the sensor and subsequent warning “beep” will. This is a gadget that comes ready-installed in some vehicles, but wireless and wired after-market versions are also available. 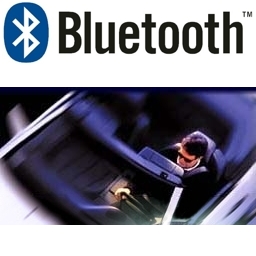 Bluetooth: We’re all familiar with Bluetooth headsets for the cell phone. Bluetooth is a wireless signal that allows compatible devices to communicate with each other. Many car manufacturers are equipping their cars with Bluetooth at the factory.  Callers can be piped into the car speakers for easy listening.  Bluetooth is also being used in vehicles to stream music wirelessly from your Bluetooth media or phone device to your car stereo. 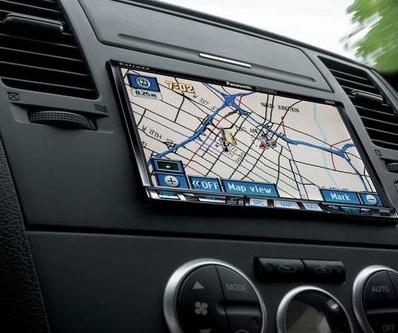 Navigation Systems:  The old days of reading a map or driving around in circles are over.  Now even some economy cars are including GPS devices into their vehicles.  You can get turn-by-turn directions from Point A to Point B.  When you plug in a start and end point, a navigation device uses information from governmental positioning satellites to get you where you want to go. Just follow the prompts of your friendly guide (some models let you pick the voice!) and you’re on your way. Some navigation gadgets also include MP3 players and directories to help you find the nearest pizza joint.  More sophisticated devices have apps you can load, and technology that can determine car accidents on your route home or re-route you to avoid heavy traffic. 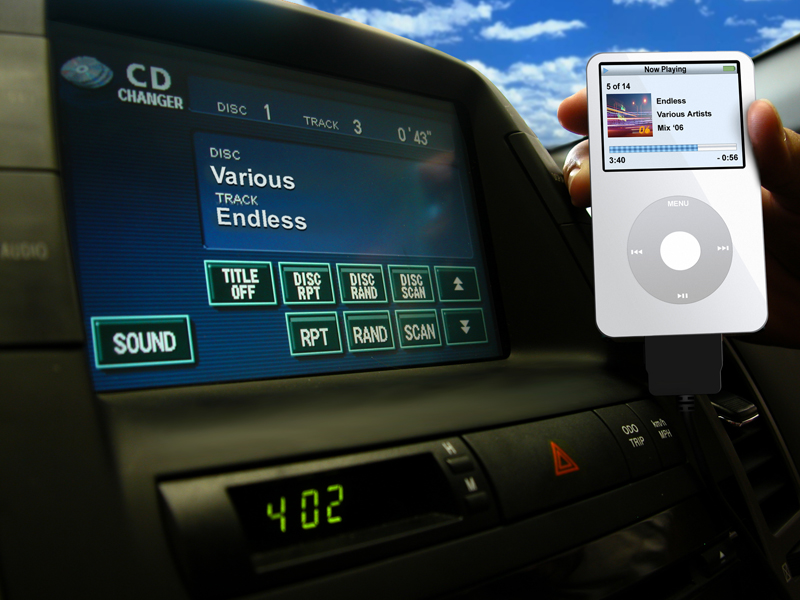 iPod Connection: iPod faithfuls want to be able to take their music anywhere, even their cars. An MP3 player connection is becoming standard in many vehicles, but some car makers are going specifically after those Apple fans. An iPod-specific connection allows the driver to select iPod tracks through the car’s stereo system, sometimes from the steering wheel itself. 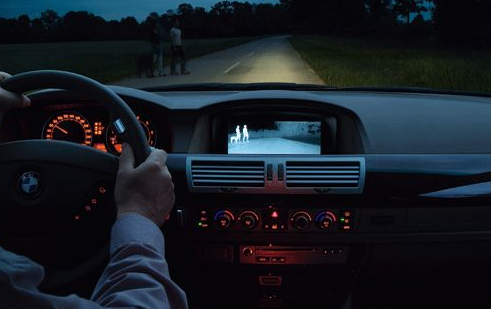 So how do car gadgets and the advancements in consumer electronics affect car manufacturing in general?  The convergence of consumer electronics and automobiles has never been more evident than with the cars, trucks and SUVs being built today. People switch in and out of their vehicle in much the same way they switch out of their cell phones – and in a growing number of cases it’s because of in-car technology.

LeaseTrader.com reports that since 2009, lease trades for in-car tech has surged.  More people are escaping their lease because they view cars similar to cell phones and crave newer technology features and upgrades more frequently.

In much the same way a cell phone user switches to a newer version with upgraded features before completing the two-year contract, drivers and car enthusiasts are starting to feel the same itch. LeaseTrader.com says its lease-escape rate for this reason has jumped 37.6 percent since 2009. During the previous five-year period from 2004-09 this pool of people grew a tepid 12.3 percent. 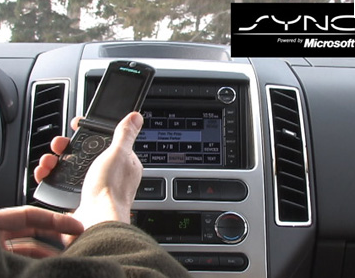 “Consumer electronics is an area that’s so important to people today – even non-techies,” said Doug Newcomb, senior editor of technology for Edmunds.com. “The average consumer wants to enjoy the same type of technology features in their car as in their home or smart phone.”

Prior to 2009, the vast majority of drivers changing vehicles because of technology features resided primarily among higher end luxury and European vehicle leases. 85.3 percent of all trading activity took place among BMW, Mercedes-Benz, Audi, Infiniti and Lexus. Since 2009 that population has changed drastically, with Ford (16.2%) and GM (11.1%) stealing a much larger share within the category combining for 27.3 percent of trades.

A lot of the technology being traded for goes well beyond 9-11 assistance, made popular by GM and OnStar. Today, voice-recognition technology, the ability to synch a smart phone with a vehicle, social media capabilities, and local entertainment and dining searches are all popular technology sought out by the leasing crowd. What’s more, these drivers are enjoying better access to vehicle diagnostics, as well as the ability to get stock quotes, movie times and sports scores at their fingertips or through voice command.

“What you’re seeing today is the merging of an explosion in appetite between some very exciting new technology and the consumer’s ability to change their vehicle more frequently,” said Sergio Stiberman, CEO and founder of LeaseTrader.com.

The recent economic downturn has created extraordinary market conditions for automotive manufacturers. With both General Motors and Chrysler moving past their bankruptcies, all manufacturers are shifting product lineups and canceling cars to help meet the new realities of different and growing demands, mainly car-technology. The coming months will see the potential for an unprecedented retirement of specific models and even entire car brands to make room for vehicles with advanced technology on board. 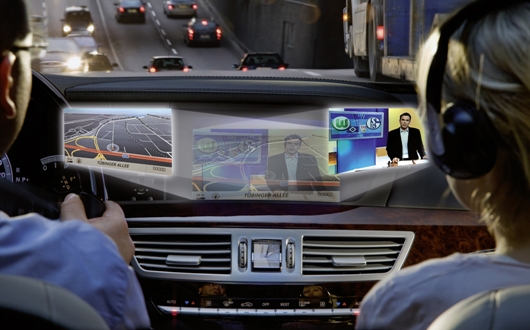 Car technology drives more revenue to the automakers when more and more people want to switch out their cars for newer tech models with new gadgets.  And while cool car technology was once reserved only for luxury auto and truck models, auto makers like GM and Ford are recognizing this popular trend in consumer preferences, and including more technology in their mid-range and economy vehicles as well. This certainly drives more revenue for a lot of the auto industry.  Granted this business model may reduce margins on lower-end cars, but car manufacturers are making that lower margin up with more volume due to more frequent trade-ins.

Car technology is also creating more technology and engineering jobs.  Since more devices are included in car cockpits, not to mention the hard drives and computer processors that run many new engines these days, this technology movement has created a need for more advanced technicians and engineers to design today’s modern vehicle.

We live in exciting times.  Where once a vehicle was used to get from point A to point B, now we see our modes of transportation quickly becoming the nerve centers of our lives.  And as the auto industry was once a declining market to our overall GNP, we are now seeing a resurgence in car companies who are recognizing that technology is saving their bottom line.