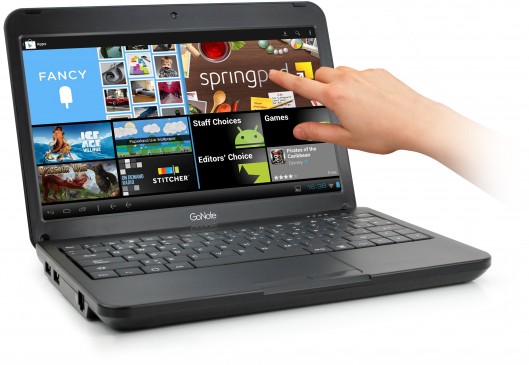 The new GoNote netbook features a 10-inch, 1024 x 600 pixel resolution, LED-backlit display with touchscreen functionality.  Text input can be done onscreen with the virtual keyboard using either a stylus or your finger.  There’s also a full QWERTY keyboard and touchpad below the display.   The GoNote is equipped with a 0.3 megapixel VGA webcam with a built-in microphone for audio, as well as a 3.5 mm audio-in jack. 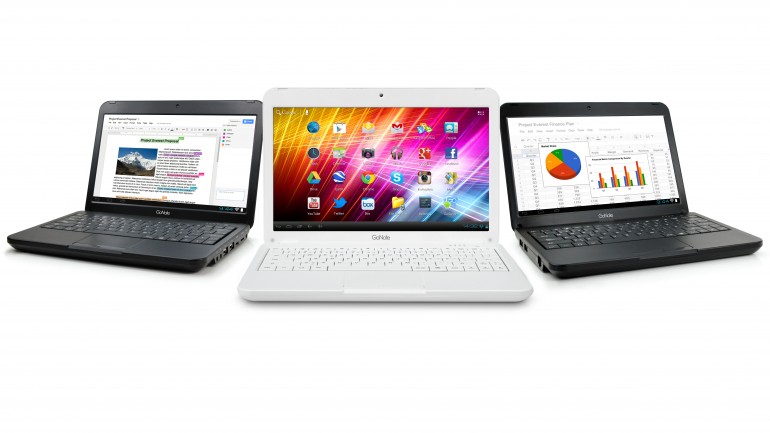 With Android 4.0, on board, of course you get access to thousands of educational, productivity and entertainment apps via the Google Play Store.  The GoNote also comes pre-loaded with the Kingsoft Office for Android suite, which is capable of creating, editing and saving documents in the Microsoft Office file format.

Spec-wise, the GoNote packs a 1.2 GHz ARM RK2918 processor supported by 1 GB of DDR3 memory and 8 GB of solid state storage with microSD expansion.  There’s built-in 802.11b/g/n Wi-Fi and an Ethernet port for wireless or wired online connectivity, four USB ports, and a mini-HDMI out that displays content up to 1080p.  There’s also a 9000 mAh/3.7V rechargeable Li-Pol battery, good for up to six hours of internet browsing or a stand-by time of around a week.  The GoNote is set for a September release at a suggested retail price of around $235, and will be available in either black or white. 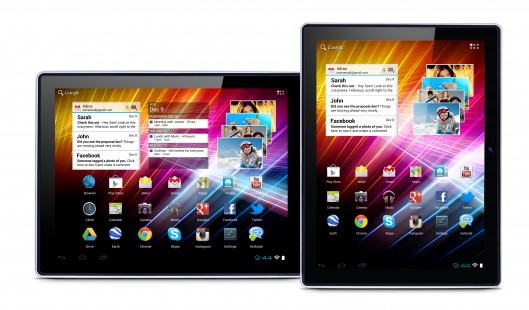 Ergo also announced the GoTab Epic V.  The new tablet sports a 9.7-inch, 1024 x 768 pixel resolution, LED-backlit capacitive multi-touch IPS display in a lightweight but strong aluminum unibody design. It’s powered by a 1.2 GHz ARM A10 Boxchip processor with integrated graphics, and is supported by a 1 GB of DDR3 memory and 16 GB of solid state storage with microSD expansion.  There’s a 2-megapixel camera at the rear and a VGA webcam to the front, built-in 802.11b/g/n Wi-Fi and Bluetooth, HDMI and USB connectivity and a 7000 mAh Li-Pol battery for 100 hours stand-by or between four and seven hours of internet browsing between charges.

The GoTab Epic V is available in the next week for around $284.

2019 LG TVs Will Have Alexa & Google Assistant Onboard