Some smartphone owners ‘yet to realise cover benefits’ 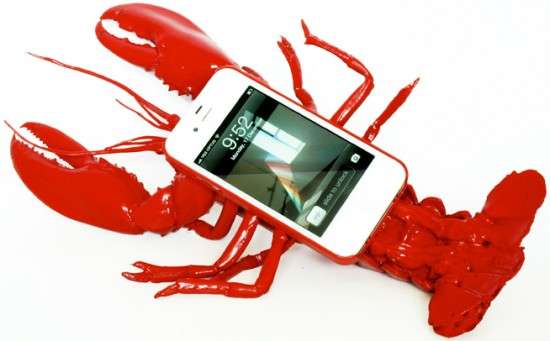 The benefits of using a smartphone case are well known. Not only do they allow people to dress a device in the colour and style of their choice, they also – crucially – safeguard the highly expensive products from damage. Nobody wants a broken phone, but it seems some individuals are yet to understand that not having a case increases the likelihood of a dropped phone becoming scratched, or even smashed.

According to new global research from online retailer The Snugg, 74 per cent of smartphone owners currently have a case to protect their phone. But while this is a very high number, it also means lots of individuals are leaving their device open to damage. With people using their smartphone in different aspects of everyday life, it seems purchasing a smartphone cover is no longer an afterthought for phone buyers and those wishing to upgrade, rather it has become an essential purchase.

The findings showed that more than one-quarter (26 per cent) of smartphone owners do not also own a case at present. It may be easy to presume this is the case – pardon the pun – because people are simply not thinking about giving their phone the protection it deserves, but the research suggests otherwise. Indeed, it was shown that many of those questioned are aware of the need to safeguard their phone, but are not doing so for one reason or another.

More than one in ten (12 per cent) of people who own a smartphone but not a case admitted this is simply because they haven’t bothered to buy one yet. More and more people are making a cover purchase their first port of call after getting a new phone – but some smartphone owners may be reluctant to buy a case if they are yet to damage their device. Accidents, however, can happen to anyone, and it will be those who had the chance to buy a case, and didn’t, who will be kicking themselves should they drop their phone.

Others who play with fire are those who decline to use a smartphone case because they think they will never drop their device. No fewer than seven per cent of smartphone owners gave this as a response – yet even the most cautious of people cannot guarantee against breakage. No matter how hard they try.

The bottom line is that smartphones are dropped regularly, and nobody can be sure theirs will never slip from their grasp. The research suggests that while people are getting better at safeguarding their phones, there remain some who need to be more clued up about the importance of protection.

Les Yates is Marketing Manager at The Snugg, a smartphone and tablet case retailer that conducted the survey mentioned in the article and sells their products around the world.

It was reported earlier that the HP TouchPad, the company’s first webOS tablet, would ship in June, and HP’s CEO has comfirmed this date....
Read more
External Articles

Guitar concept has no strings but fingers don’t know

I received a guitar for Christmas when I was from my parents and then they sent me to lessons to learn to play the...
Read more