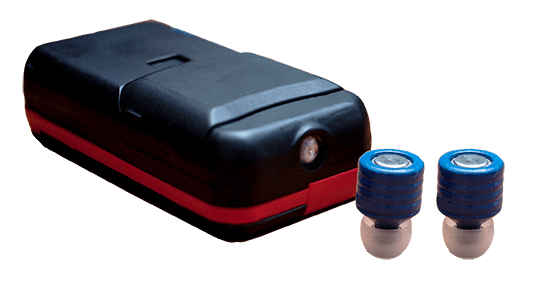 New on the scene is Nextear and their Wireless Earphones, which incidentally, the company garnered over 500% of it’s Indiegogo crowdfunding target in about 2 weeks. The reason? The Nextear Wireless Earphones contain a “smart” component that really sets them apart. 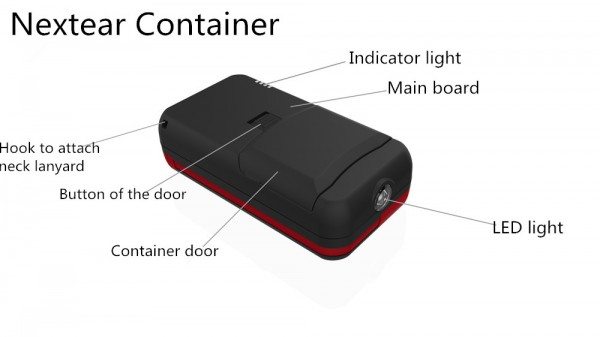 The Nextear Wireless Earphones case is remarkably advanced and very cool. Not only does it house those small earphones when you don’t need them, it also acts as a connector, charging stations for the earphones, flashlight, storage station for songs, and extra battery storage if you want to give your smartphone some needed juice. When it comes to downloading songs, the device can hold 16GB of music in its flash memory. Essentially, it’s an all-in-one design packed with useful features.

The Nextear Wireless Earphones fit very snug and according to the company, they can’t shake lose when jogging or doing other strenuous exercises. Additionally, the buds connect via Bluetooth to a variety of devices and offer stereo sound. You can choose to charge one bud while listening to the other if you prefer.

40 minutes of charge time will yield around 4 hours of continuous play, and the batteries do use 50 mAh battery cells. The carrying case can hold four charges in total for the pair. 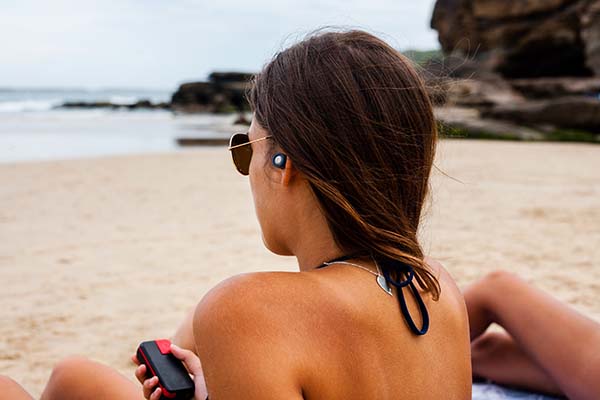 The Nextear Wireless Earphones also come in various colors and other customization options that the founders only intend to unlock if they hit several hundred thousand dollars in funds raised.  The Nextears will retail for $263, but an early bird Indiegogo special allows you to grab them for as low as $173. They are scheduled to ship in October of this year.

The SteelSeries Arctis Nova Pro is a multi-platform wireless gaming headset equipped with Premium High Fidelity Drivers that deliver a high-fidelity audio-quality, while also featuring built-in Controls, a Multi-System Connect HUB for USB switching between PlayStation and PC, as well as Dual Wireless Low Latency 2.4GHz and Bluetooth 5.0 Connectivity, along with 2 separate Removable Batteries that offer up to 44 hours of battery life, and also a 15-minutes Fast Charging functionality that offers 3 hours battery-charge. Designed for both PlayStation gameplay (including both the PS4 and PS5) as well as for PC gameplay, this wireless gaming headset not only offers passionate gamers multi-platform versatility via its Multi-System Connect HUB's simplified USB switching, but it also brings them an excellent high-fidelity audio-quality with its revolutionary 360° Spatial Audio for a truly immersive listening experience. Best of all, the combination of its Dual Wireless Low Latency 2.4GHz and Bluetooth 5.0 Connectivity together with its 2 Swappable Long-Lasting Lithium-Ion Batteries makes this wireless gaming headset pretty much unbeatable in comparison to most other wireless gaming headsets out there.
Read more
Headphones/Earphones

The AXS Audio Professional Earbuds are true wireless earbuds that feature great sound quality thanks to their True Wireless HD Stereo, IPX4 Water-Resistance Rating, ANC Mode, Electronic Noise Cancellation for high-quality voice calls, Bluetooth LE 5.2 Connectivity for a lossless audio quality, along with Voice Assistant support, Fast USB-C Charging and Wireless Charging compatibility, and up to 38 hours of battery life. All in all, these these high-definition true wireless Bluetooth earbuds are capable of delivering you a true high-definition sound quality for indulging in a remarkable all-day music-listening experience.
Read more
Headphones/Earphones

The Yamaha TW-E5B are true wireless Bluetooth earbuds that feature 7mm Dynamic Sound Drivers that deliver great audio quality powered by Yamaha True Sound Technology, an awesome Ambient Sound Mode, IPX5 Water-Resistance Rating, built-in Button Controls, stable wireless Bluetooth 5.2 Connectivity, Voice Call support, as well as Voice Assistant support for Siri and Google Assistant, and up to 30 hours of battery life, along with a 10-minutes Quick-Charging function. All in all, the Yamaha TW-E5B make for a great option of true wireless Bluetooth earbuds for you to go with, boasting every quality-of-life functionality you'd expect to have on a pair of wireless earbuds that are specifically designed for modern-living.
Read more
Headphones/Earphones

The Jaybird Vista 2 are true wireless earbuds that feature great sound quality, along with Active Noise Cancellation, a Transparency Mode, a IP68 Waterproof Rating, Customizable Touch Controls, Bluetooth 5.0 Connectivity, Voice Assistant Support, a Customizable EQ Audio Profile, and up to 24 hours of battery life. Designed with an active lifestyle in mind, these ANC true wireless Bluetooth earbuds not only allow you to stay aware of your surroundings when necessary thanks to their Transparency Mode, but they can also have their ANC Mode enabled to reduce background noise when you're looking to stay focused during workouts, all while simultaneously enjoying your favorite tunes at any time. Featuring a really nice sound quality and a ton of quality-of-life features, these true wireless earbuds are perfect for listening to tunes during light workouts or even for performing high-intensity physical activities, all without ever having to worry about them coming off.
Read more