Prepare for the Unexpected with Wazoo Survival Gear’s First Kickstarter

Wazoo is going straight to the people to round up funds for an innovative new belt system that’s the ultimate adventure accessory. 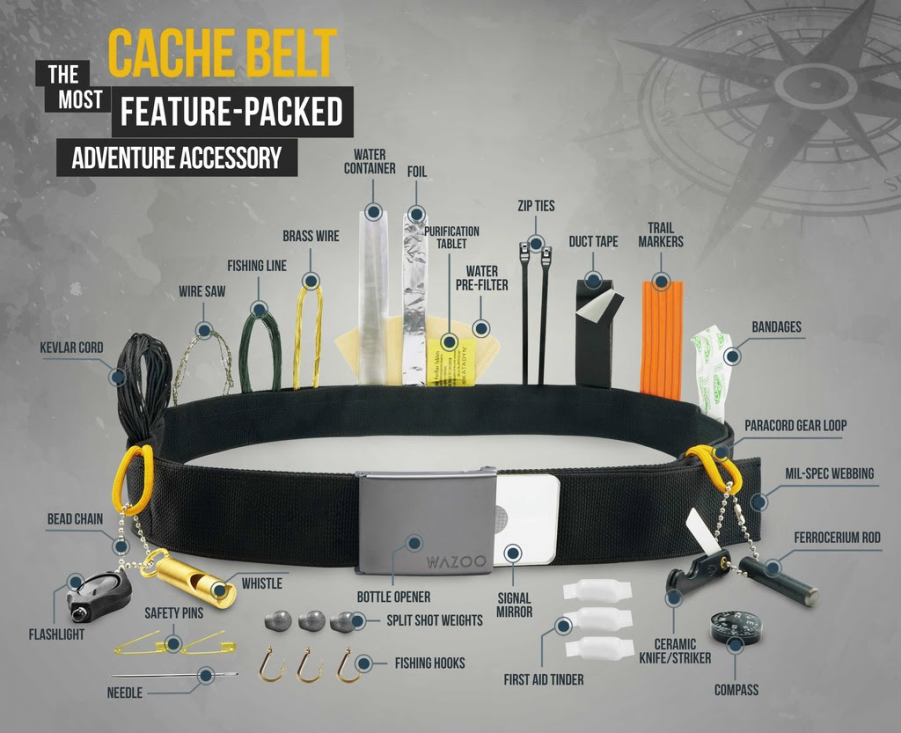 Join Wazoo Survival Gear on Tuesday, September 20th, as they launch a new Kickstarter campaign to bring their multipurpose Cache Belt to life.

Having met their Kickstarter goal in just under 2 hours, Wazoo Survival Gear is committed to saving lives through socially driven products born from the needs of their customers and fans. Their specialty lies in creating comfortable, everyday accessories that prepare people for the worst so they don’t have to give it a second thought. Their latest product, the Cache Belt, is their streamlined solution for securing necessities when on-the-go. It’s been specially designed with a large top-loading hidden pocket that allows it to function as a money belt, utility belt, travel kit, and even survival kit.

-keeps cash and keys securely in place from the office to the hiking trail;

-hides passport copies, jewelry, and currency away from prying eyes when traveling;

-provides a safe space to stash the latest mini gadgets; and