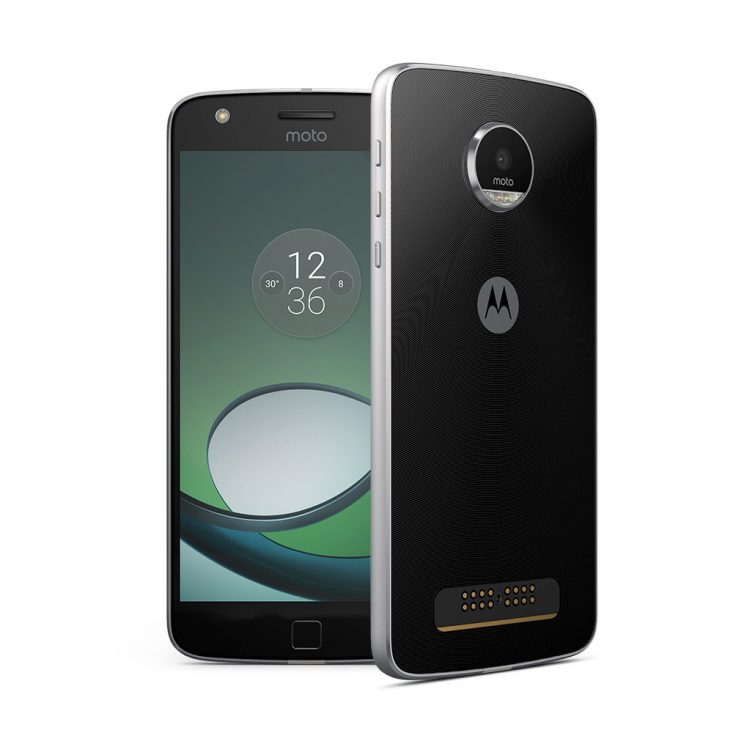 Looking back at its journey through the global market, Moto phones have undergone a series of transformations from being solely owned by Motorola to Google and finally Lenovo. Now under the Lenovo flagship, the new Moto Z, which introduces cutting-edge clip modules referred to as the Moto Mods, has been launched recently and has managed to quickly generate a buzz in the international market. 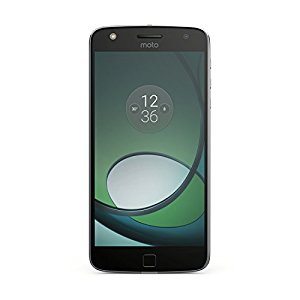 Boasting as being one of the thinnest smartphones in the market, sitting pretty at a thickness of merely 5.19mm, the Moto Z takes the cake when compared to its more ‘obese’ counterparts, including the Samsung Galaxy S7 edge and iPhone 7. Lenovo’s strategy behind keeping the Z so thin might be to keep the bulkiness of adding the Moto mods in check.

Although the extremely thin structure of the Moto Z might actually appear as a design flaw for some who find it difficult to hold and operate, it is actually a wonderful advantage for you to carry the phone in your pocket or handbag without feeling too bulky. 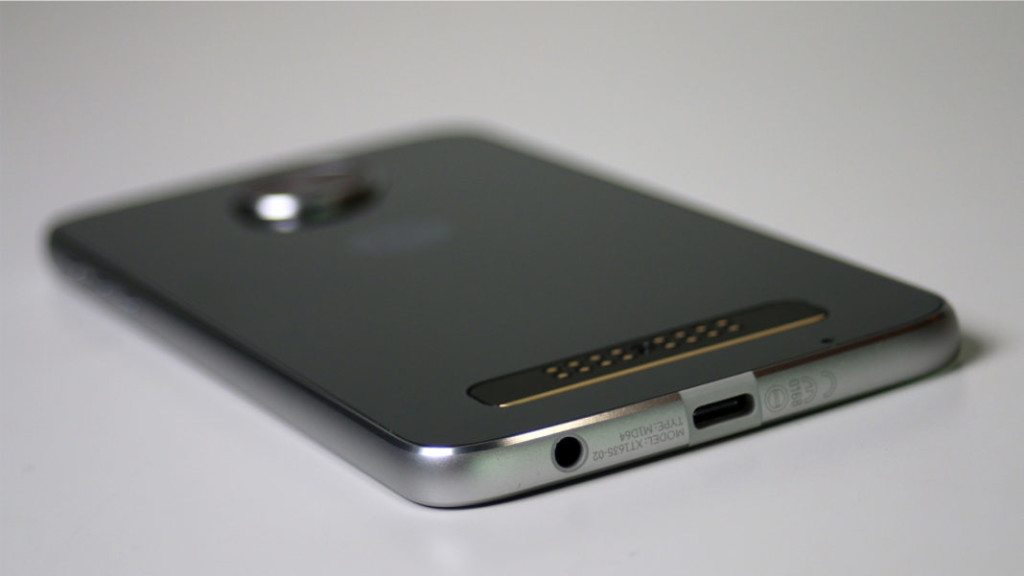 The edges of the Moto Z are incorporated with a metal rim and you can also customize your phone with a magnetic back cover known as the Style Shell. On the front side, however, the Moto Z appears a little extra crammed with a host of visible sensors that sort of dot the entire white panel. So, if that is something that bothers you, it is probably a good idea to go with the black version of Moto Z and do away with all the mess.

A major impact of going slim is the absence of the regular 3.5mm headphone port and its replacement with a USB Type C. However, the Moto Z actually manages to include the 3.5mm port, something that many still enjoy. 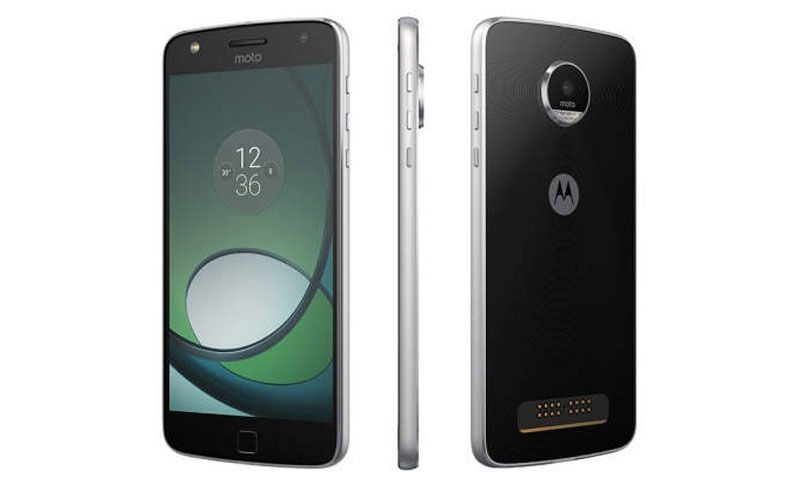 How is the display quality?

Given the latest trend of massive screens, the Moto Z comfortably fits the bill with its 5.5-inch display. However, owing to the fact that Lenovo does not want to compromise on its quality and high-end appeal, the Z lineup features a 2560 x 1440 pixel for 536ppi Quad HD resolution that puts it on par with the likes of Google Pixel XL and Samsung Galaxy S7 edge.

Thanks to the AMOLED screen, the Moto Z features bold and sharp colors with deeper blacks under standard settings. If you go with the ‘vibrant’ mode, your whites will turn cooler and create a brighter backdrop for richer colors on the foreground. With its adaptive brightness feature, your Moto Z can automatically adjust your display to suit the surrounding light conditions. 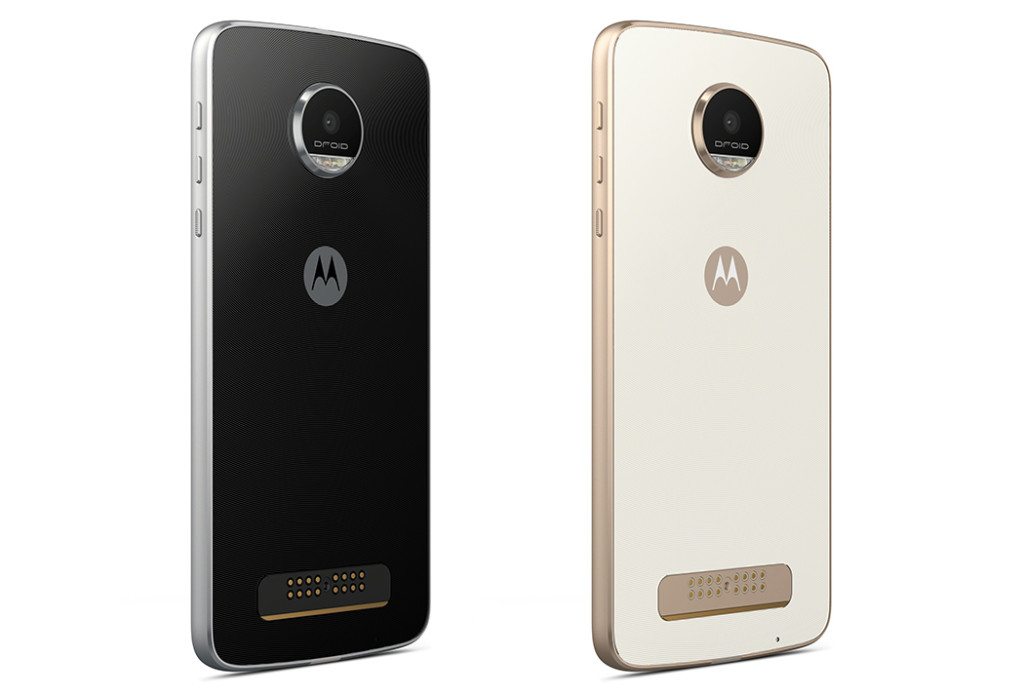 In a bid to stay ahead of the curve and compete with some of the strongest contenders in the current market scenario, the Moto Z packs a myriad of powerful goodies for high-performance hardware. Powered by the Qualcomm Snapdragon 820 chipset and a sizeable RAM of 4GB, the Moto Z manages to match up to the premium handsets out there. You can expand the original memory of your Moto Z via the microSD card slot available on the SIM card tray that is hot swappable. In addition to this, you can also use your microSD as internal storage via the adaptable storage function of Android and facilitate seamless storage transition.

Moving over to the overall performance, the Moto Z successfully delivers on the expectations from hardware this amazing, and allows effortless swapping between windows and a smooth gaming experience. On the bottom of the front panel, there is a square shaped fingerprint sensor that offers touch to unlock and long touch to turn off display functionalities.

With a 2600 mAh battery, the Moto Z is able to do about a day on a full charge with pretty heavy usage. However, if you are planning to hear a lot of music and indulge in heavy duty gaming, you might have to reach out to your charger once during the day. The lower capacity of Moto Z’s battery can be largely attributed to its super slim structure. However, since you are provided with a turbocharger in the box, you will be able to reach a full charge pretty quickly. 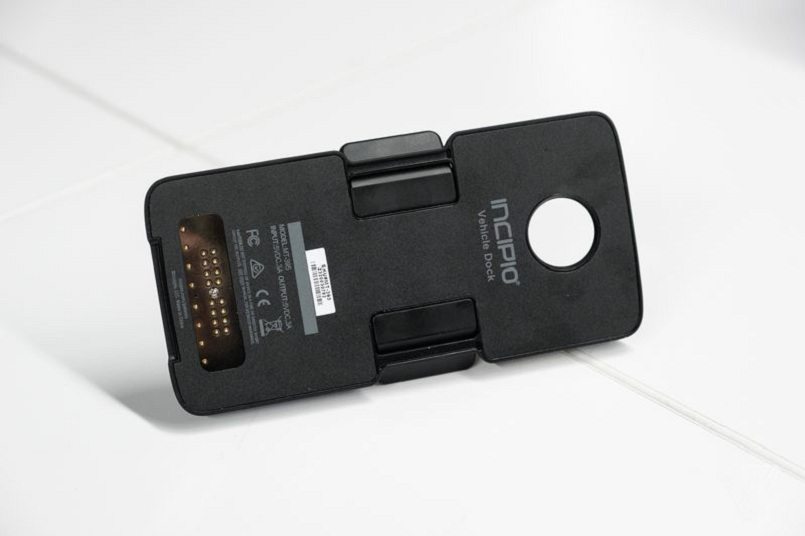 Motorola is now offering a new Mophie Battery Mod, which will boost your Moto Z’s battery capacity by 2X. 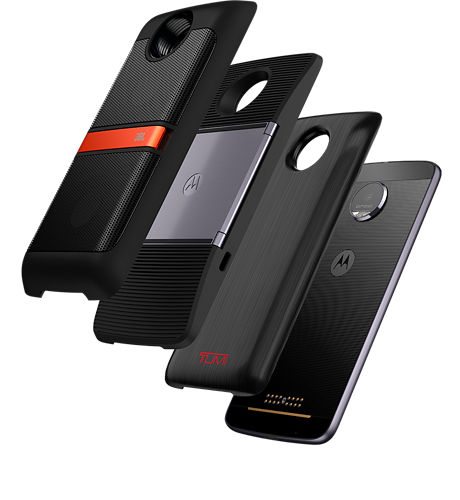 The high point of Moto Z is undeniably the smart execution of the modular accessorizing with stylish and powerful Moto Mods. All you need to do is attach your Moto Mod and your phone will automatically detect it and even install firmware updates if need be. One of the finest Moto Mods is the JBL Sound boost which is an incredible speaker accessory, to say the least. Other Mods include a Hassleblad True Zoom Xenon Flash Camera and the new Insta-Share Projector, which can throw a 70-feet image on any wall. Finally and as mentioned, Motorola is now offering a new Mophie battery Mod. 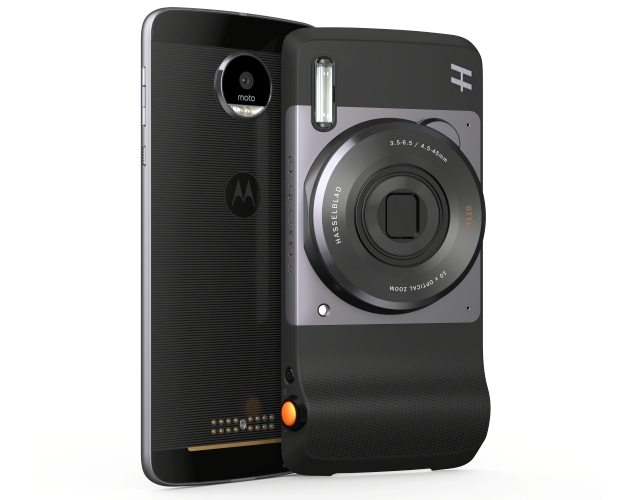 Should you buy it?

Overall, judging by its smart technology and hi-tech modular features, the Moto Z is an amazing Smartphone for transforming your day-to-day usage into an experience worth cherishing. With an impressive camera, crisp display and power-packed performance, the Moto Z is probably the best and most value-for-money buy in the given price range. So, basically, if you appreciate the whole modular concept of accessorizing your Smartphone to make it more power packed, the reasonably priced Moto Z is sure to impress you with its stylish structure and features.

You can by the Moto Z Play through Verizon Wireless for around $624. Verizon also offers the Mods, available online and in retail stores.