It’s no secret that virtual reality is here, and it’s here to stay. But what can we do with it besides experience a digital world in a lifelike environment? Plenty. Facebook is betting the bank on it, along with several other corporate giants. But what about the obvious? Fitness. Couldn’t VR be a superb and entertaining way to exercise? The folks at VirZoom think so. 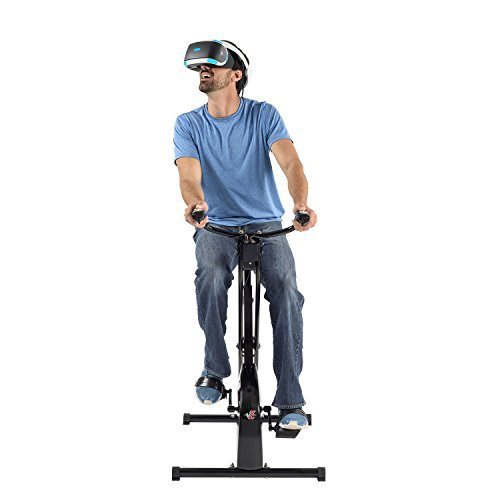 The VirZoom is a unique concept. Essentially, it’s an exercise bike, which syncs with your computer to control a VR experience while you ride. Slip a game in the hard drive and peddling and leaning on the exercise controls the game. How exactly these controls are used depends on which game you’re playing, but in all cases, you can expect a nice marriage between gaming and a good workout.

The VirZoom is designed to work with a computer, and a new feature with the Play Station VR. VirZoom offers a bike riding game, complete with motivational milestones and the ability to compete against other players. VirZoom also offers plenty of other games that offer equal fun. Fly a Pegasus, ride a horse, drive a race car, paddle a kayak or fly a helicopter. 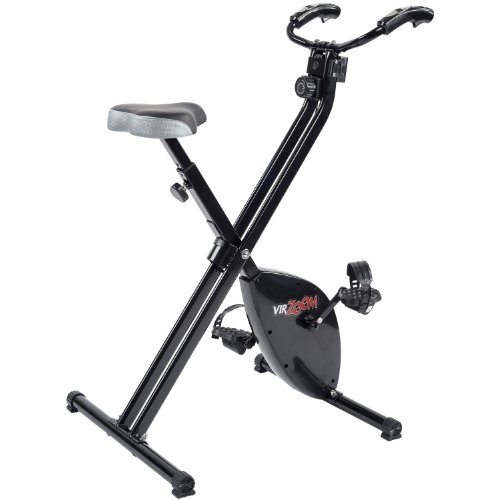 The VirZoom looks a little slight for an exercise bike, but it’s sturdy. It’s footprint can fit in a small corner, so it takes up little space. It also folds conveniently for storage, and weighs less than 40 lbs. The handle bars include a heart rate monitor, and the software can be integrated with Fitbit and Strava. 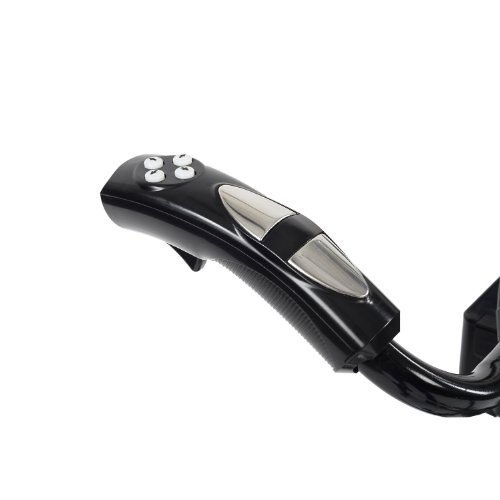 The VirZoom connects to your computer via a USB dongle, and it’s easy to set up and connect.  After the bike is connected, the software translates your pedaling into motion in the games. You don’t actually turn the handlebars to steer. Rather, you lean left or right to control your side-to-side movement. The handles of the controller have both buttons and triggers, similar to a typical game controller. 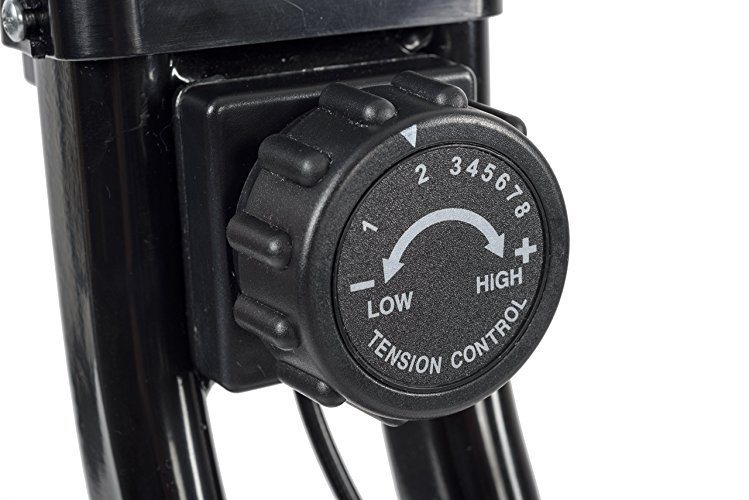 As an added benefit, the VirZoom also comes with a plugin that allows you to control regular games as well. Unfortunately, the VirZoom can’t automatically adjust the pedaling resistance based on conditions in the game. Instead, resistance is adjusted by turning a dial manually at any time while playing. With future VirZoom updates, this could change allowing this cool exercise feature.  There is an in-game mechanism the developers try to use to make you pedal faster on inclines in order to maintain your speed going up hills. 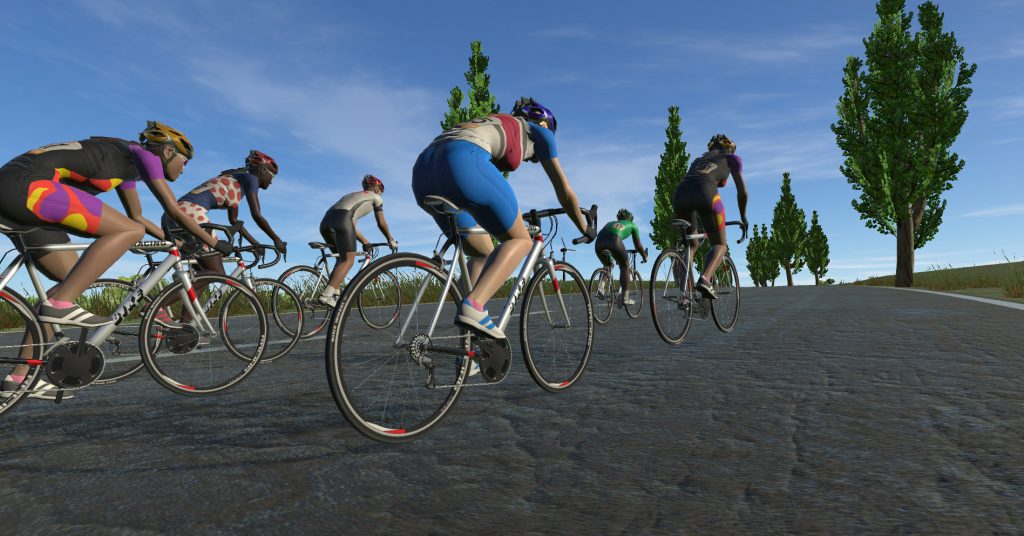 The VirZoom software is what really drives the whole kit. The games allow you to exercise without thinking about it, which for many, is a lovely thing. And the built in controls on the handlebars allow you to control your gaming experience almost as effectively as if you had an actual gaming pad in your hands. And unlike almost all other home exercise equipment, the experience can be updated to provide players with an endless supply of compelling digital environments to exercise in. 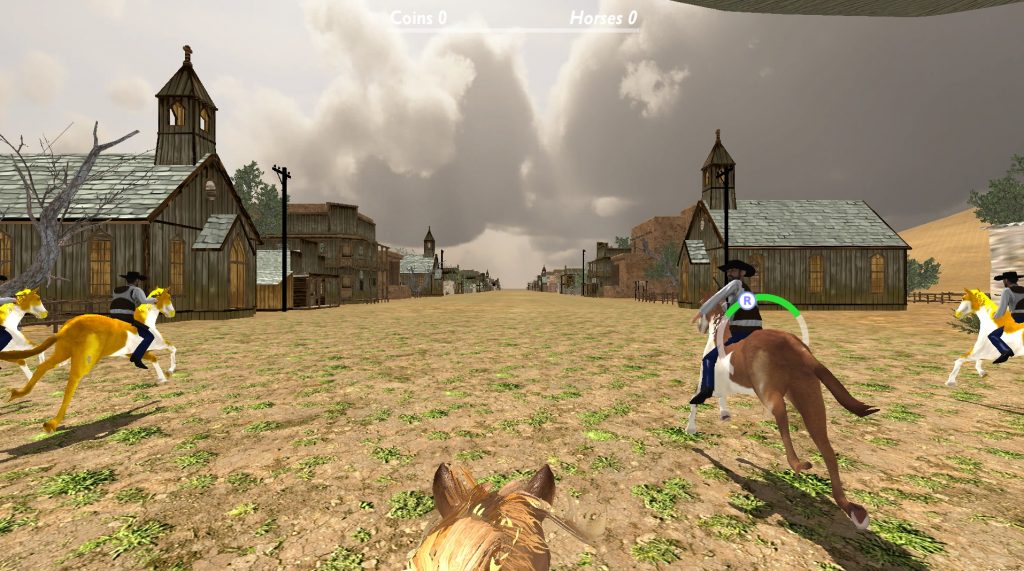 VirZoom will be releasing additional levels, games, and enhancements for free as the life-cycle of the product progresses. All of the new games and enhancements being introduced have leader boards, ghost multiplayer competitions, head-to-head multiplayer competitions and social support. As it stands, the VirZoom comes with the following games: Kayak, Chopper, Tank, Pegasus, Race Car, Cowboy and of course, Cycle le Tour. And they all are pretty darn fun and offer a good workout. As mentioned however, enhancements and tweaks to the existing games could make them even more enjoyable, and listening to consumer VR demands will be key here to improving VirZoom as a whole. 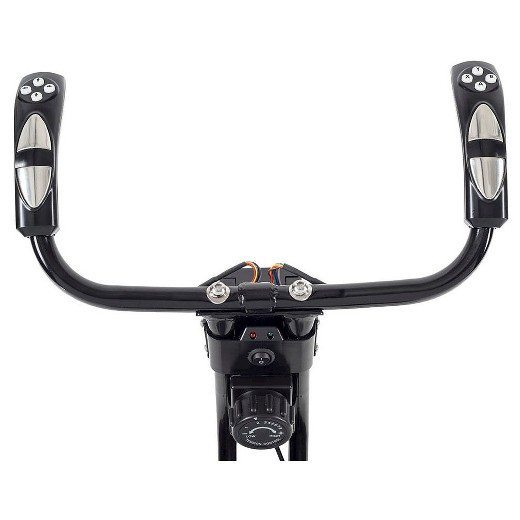 The VirZoom is a great start to what will be a booming industry. Combining VR games with exercise is a natural marriage, and the VirZoom does a great job with their bike and the current games being offered. It’s also fairly evident that the company is committed to improving the experience with new games, and enhancements to their current games. And for $399.99, it’s a pretty nice price point for all you get. VirZoom also offers a 30-day money back guarantee, which takes the risk out of giving it a try. You can buy the entire VirZoom system here.

The Noshinku Bergamot is a portable pocket hand sanitizer gel sprayer that contains an organic and safe-to-use hand sanitizer blend made of an oil mix of Bergamot, Jojoba, Argan, Rosehip and Coconut. While this sprayable hand sanitizer gel mix is ultra-effective and capable of killing up to 99.9% of germs that you can potentially come in contact with, its natural oils and botanical ingredients give it a really nice "fruity" aroma that’s super pleasant to smell, have both a Citrus, woody, and herbaceous fragrant smell.
Read more
Health Gadgets

The KeySmart FogBlock is a reliable and easy-to apply anti-fog spray for glasses that's safe and reliable to use, working as the number-one frustration-free way of wearing glasses together with a PPE Mask during these hectic times. Within a few minutes of applying it on your glasses' lenses you'll have your glasses looking completely crystal-clear and fully protected from any emerging fog that might come up from breathing under your mask. One application lasts up to 24 hours.
Read more
Health Gadgets

The Puritize HOME is a high-quality Locked UV-C Home Storage Sanitizing System that works as a chemical-free in-home sanitation solution. It's both effective and safe-to-use, and perfect to keep your family protected from the spread of any dangerous germs, which can potentially be on any household items that you frequently touch / come in contact with.
Read more
Health Gadgets

The Chirp Wheel+ is a health gadget / recovery tool that can be used to accurately target and address both back and neck pain in order to relief muscle strains in those areas. When compared to foam rollers, it's superior in every way. While a foam roller's large contact area doesn't really allow these fitness / gym accessories to effectively work as reliable recovery tools for treating both back and neck muscle strains, the Chirp Wheel+'s ultra-ergonomic design allows it to fit perfectly between your shoulder blades, thus guaranteeing to give its users the pain relief they're looking for right where it aches them.
Read more

Microsoft Tells Everyone about Windows Phone 7

Keeping identification secure can be a full-time job, with a pretty unattractive pay scale. As technology advances, so do the sophisticated talents of thieves....
Read more
New Gadgets

While we’re still waiting word on the PlayStation 4, Sony has announced a revision of its PlayStation 3 console.  The company announced that its new CECH-4000 model, scheduled to release...
Read more