GoPro recently introduced their new flagship action camera, the GoPro Hero6 Black, at $500. Honestly, it looks identical to the Hero5 Black, except the HERO6 logo

The GoPro Hero6 Black is still waterproof without a case, the built-in touchscreen works really well, and all of the same mounts, gimbals and housings are still compatible.  The battery life is about the same as well. Perhaps the Hero6 will give you an additional hour of use, but that’s under normal usage. 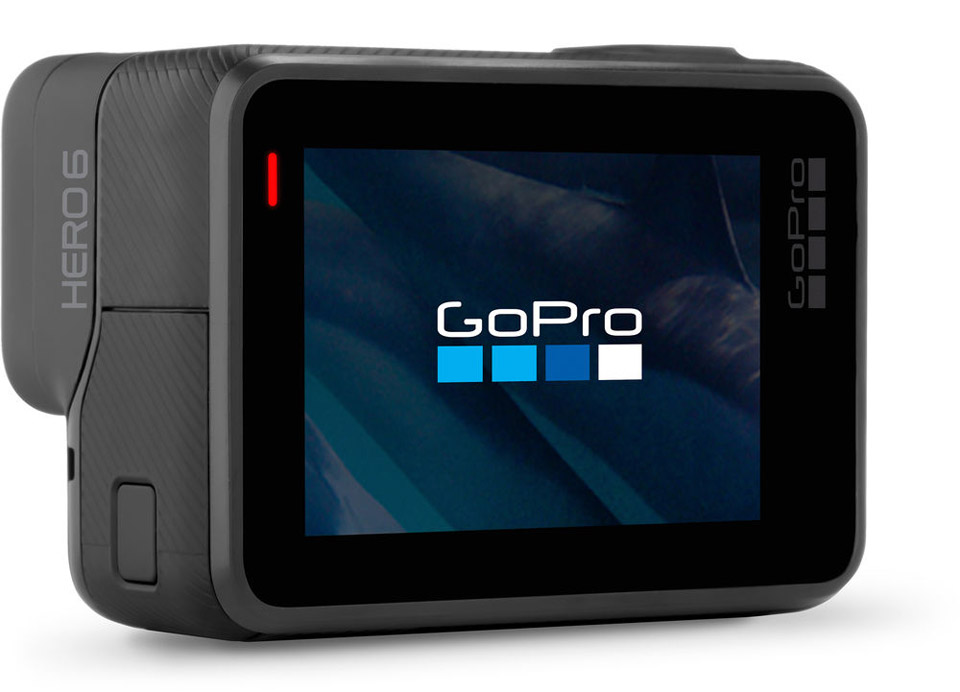 Having said that, the GoPro Hero6 Black does have some great new features, many of which are possible thanks to a custom-designed processor called the GP1. Frame rates have been increased, 4K can be shot at 60 frames per second, and Full HD 1080p at up to 240 fps cam be achieved, twice the speed of what the Hero5 could do.

The GoPro Hero6 Black GP1 processor improves image quality, QuickStory edits, and image stabilization now works at 4K resolution. The Hero6 also introduces a new touch-to-zoom function that allows users to change the field of view while recording, like using a zoom lens on a camcorder. The zoom is digital and basically crops the image, although it only works on certain resolution settings. Additionally it has High Efficiency Video Coding (HEVC), which lowers storage requirements thanks to better compression. 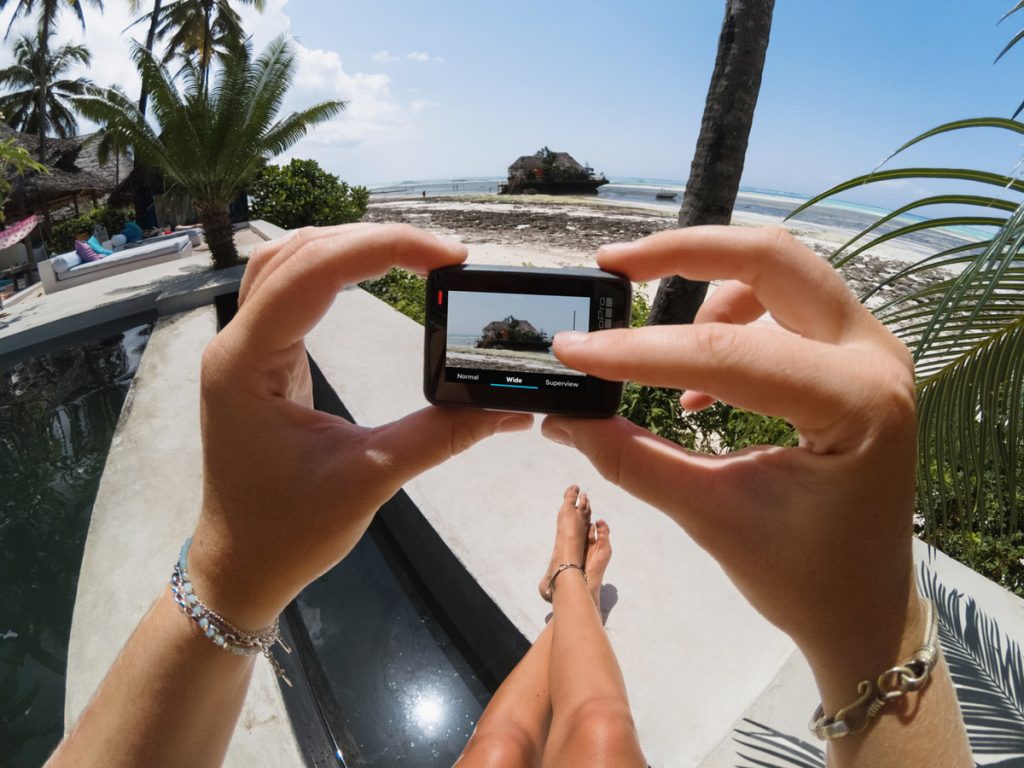 The GoPro Hero6 Black is also a little more sensitive to light, and video is a bit soft but still really good. Finally with 4k, pixel-level sharpness is at an all time high.

As far as stabilization, the GoPro Hero6 Black offers significantly improved electronic stabilization. This is where the camera truly shines. Stabilization now works at 4K resolution and on all three-axes in any field of view (the Hero5 Black only stabilized two axes when in the wide field of view. What’s more, the company has reduced the amount of cropping from 10 to 5-percent, which occurs when stabilization is on.

Bottom line, the GoPro Hero6 Black represents the best electronic stabilization to date, and really from any action cam we’ve tested. This stellar stabilization feature does a lot more to improve image quality as well, much better than a sharper lens would have.

The Hero 6’s latest GP1 processing chip introduces great speed and real-time analysis of telemetry data from the Hero6’s built-in sensors. The camera relies on a combination of audio cues, high points in telemetry data and facial recognition to automatically determine the most meaningful portions of your video. This information helps in producing a QuikStories edit in the GoPro and Quik mobile apps (iOS or Android), which is composed automatically from recently imported footage.

When you shoot in 4K at 30 FPS, however, it takes 2-times a clip’s runtime to transfer it to your phone. The 5Ghz Wi-Fi found in the GoPro Hero6 Black does help, which offers transfer speeds up to three times faster than the 2.4Ghz Wi-Fi of the older Hero5. Additionally, all of that footage has to be stored on your phone, which averages out to a transfer speed of around 30GB per hour of video. You can shoot at a lower resolution though, which speeds up upload/download speeds.

The app is awesome. It’s super easy to use and very responsive. The GoPro Hero6 Black app will automatically select a duration for your edited video, but you can also manually select a duration and the app will re-time the clips to fit and it even gives you markers to indicate durations that will match up well with the selected music track.

The desktop app, Quik, has some benefits over its mobile counterpart including faster transfer times thanks to the Hero6’s USB-C connection. Plus it’s just easier to use a desktop. In Create mode, you can preview and add HiLight tags to your various clips with a single click, and Quik will automatically populate the timeline and match cuts to the selected music track.

You can also adjust color and audio. Quick is a fast way to create and share a finished video without having to do a lot of work. 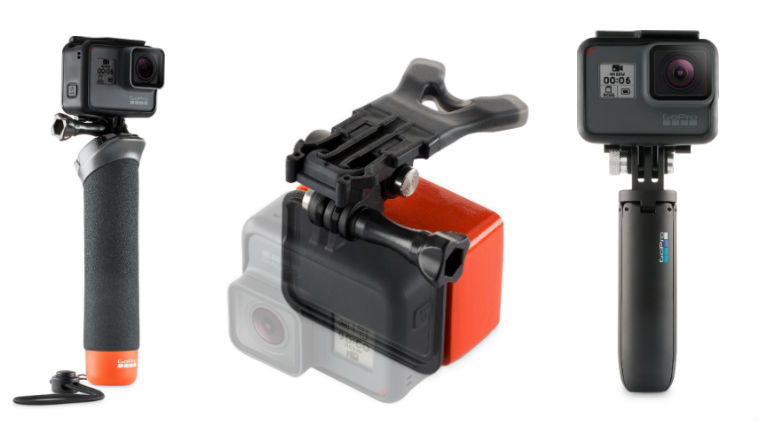 The GoPro Hero6 Black is a very performance-based action camera, a flagship quality model, and a significant refinement compared to the Hero5. At $500, it does bring several new features to the table, including 4K at 60fps, improved image quality and the awesome image stabilization. It’s the action cam to beat right now. You can purchase here through GoPro or through Amazon at the below link.