Byton, a relatively unknown Chinese startup, introduced its first concept car during the Consumer Electronics Show (CES) in 2018. It returned to CES in 2019 to display a new version of the all-electric design study that’s closer to production, and, surprisingly, some of the key features that made the concept stand out from the pack haven’t drastically changed.

“Byton’s M-Byte represents the transformation of the traditional car into a next-generation smart device for every user,” said company CEO and co-founder Carsten Breitfeld during the unveiling. The company is more concerned with revolutionizing infotainment technology than with offering unrivaled handling or raw power.

To that end, the M-Byte will reach production with what’s presented as the largest in-car display ever fitted to a production vehicle. It’s a 48-inch curved unit that stretches across the entire dashboard. Called Shared Experience Display (SED), it gives the driver information about the car and its surroundings (like navigation directions and the amount of range left in the battery pack), displays the infotainment system, and gives the front passenger access to entertainment like movies and television shows. Byton developed the concept with level four autonomous driving in mind, so the driver will be able to ditch the navigation menu and watch Netflix sooner or later. 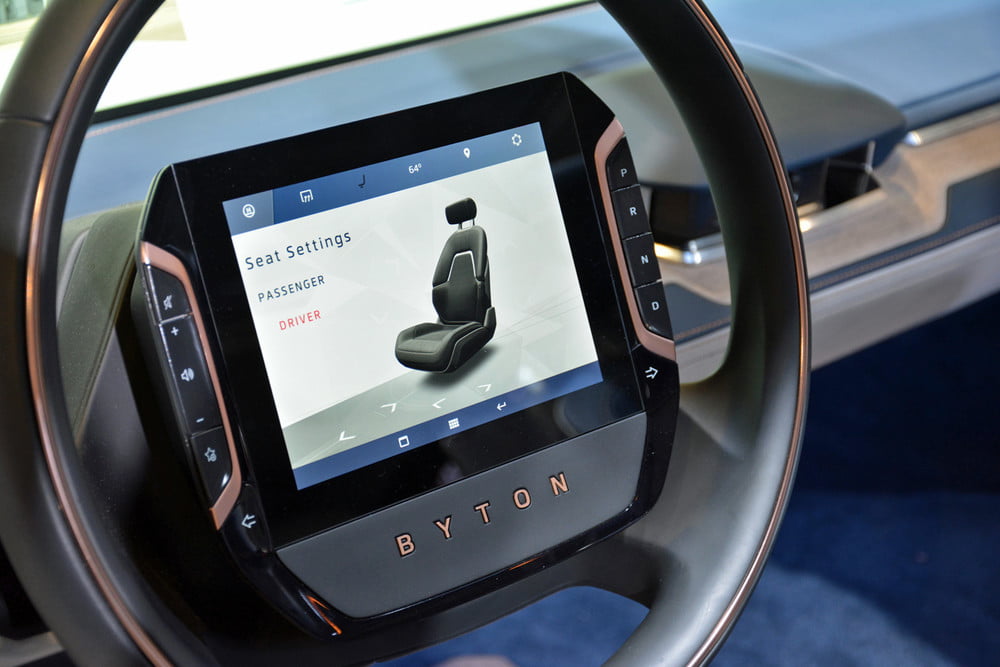 Asking the driver to reach across the dashboard to set a navigation destination would understandably summon dark clouds of disapproval from regulators. Byton solved that problem by placing a seven-inch, tablet-like touchscreen in the middle of the steering wheel, right above the airbag. It’s a horizontal, high-resolution iPad-like unit with eight color tiles, and it doesn’t move when the driver turns the steering wheel. There are hard buttons on either side of it for skipping tracks or changing radio stations, setting driving aids like cruise control, or returning to the home menu. 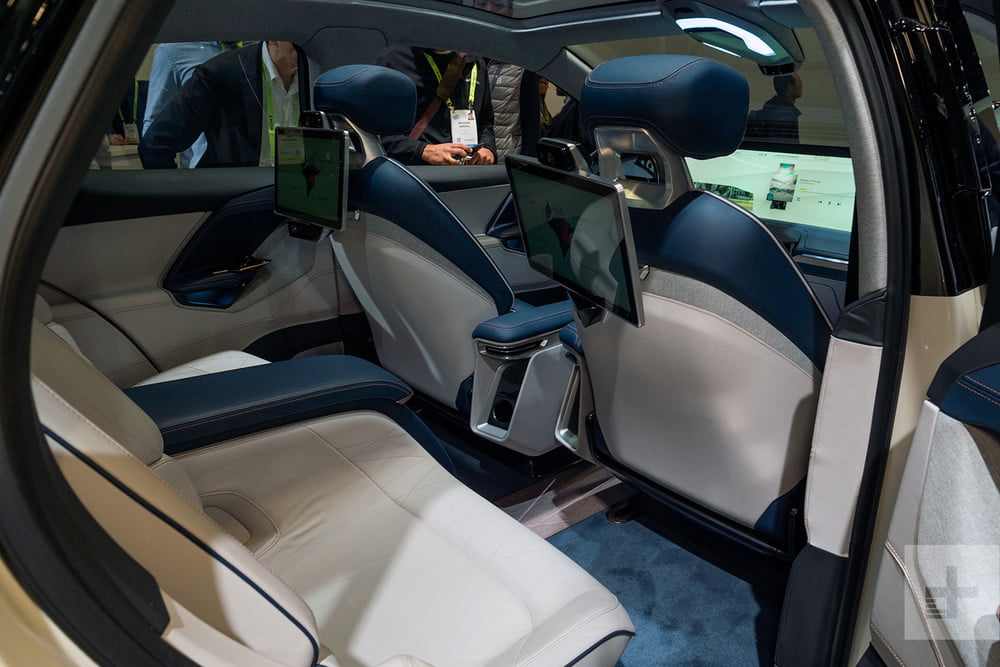 An 8-inch touchscreen installed between the front seats lets the front passenger navigate the SED. Finally, the passengers sitting in the two rear seats enjoy entertainment from independent screens, and they’re able to share content with the SED. The screens come together to create an infotainment system that’s unique in the automotive industry. Time will tell whether that’s a good or a bad thing; what’s certain is that Byton is moving full-speed ahead with this technology. What we see at CES is what we’ll get when sales start.

Byton notes it positioned the SED where it doesn’t block the driver’s line of sight. The screen automatically adjusts its brightness based on light levels, and it meets safety standards in all of the firm’s target markets. It’s touch-sensitive, but it also responds to voice commands (offered through a partnership with Amazon) and gestures detected by a dashboard-mounted camera. 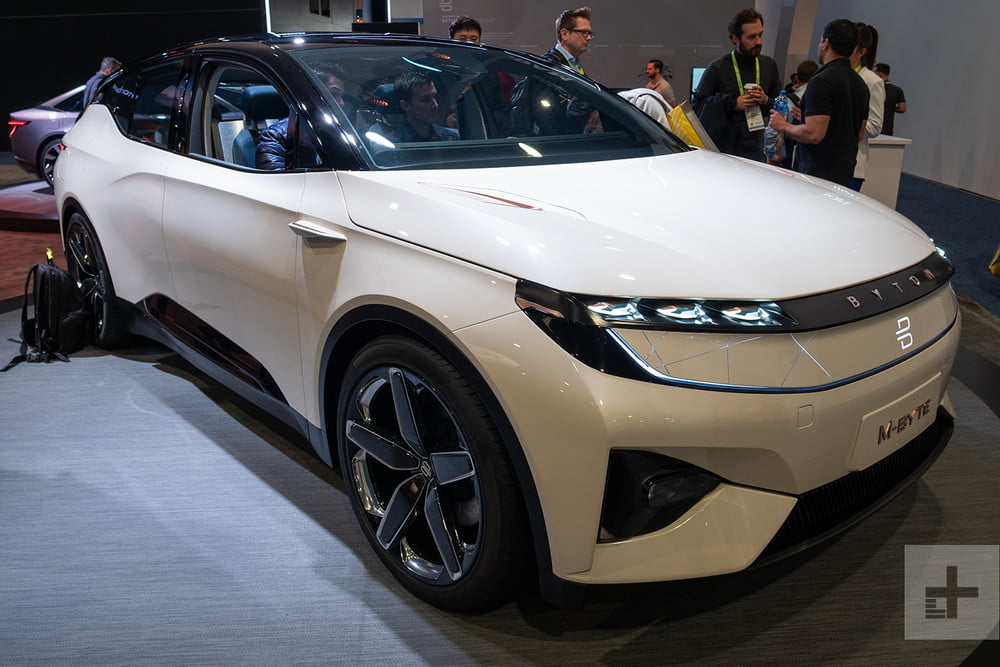 Well-known suppliers helped Byton develop the M-Byte. Bosch notably worked with the company on powertrain technology, braking systems, and driver-assistance systems. Technical specifications remain vague, but the company will ultimately make two variants of its electric crossover available. The base version will offer 250 miles of range, while the more expensive, long-range model will go for 320 miles on a single charge. If achieved, those figures will place the M-Byte among the most usable electric cars on the market.

We’ll find out if Byton can walk the walk when it reveals the production version of the M-Byte about halfway through 2019. Sales will begin in China — where the model will be built — before the end of the year, but American buyers may have to wait until 2020 to get one. The company expects pricing will start in the vicinity of $45,000 before incentives enter the equation. Additional models (including a sedan) will join the M-Byte in the coming years.