If you’re sick of cable or live out in the country, on-demand access to your favorite network shows can be difficult. Sure, a quality HDTV antenna is a great way to get local programming for many, but who has the patience to rearrange their schedules for appointment viewing in the streaming era? Thankfully a whole new generation of over-the-air (OTA) DVRs has emerged to solve this problem, including probably the best unit out there…the Amazon Fire TV Recast.

The Recast is a simple black box that connects to your home network, and delivers your local on-demand programming inside Amazon’s popular Fire TV ecosystem, all but guaranteeing users will never miss their favorite local broadcasts again. 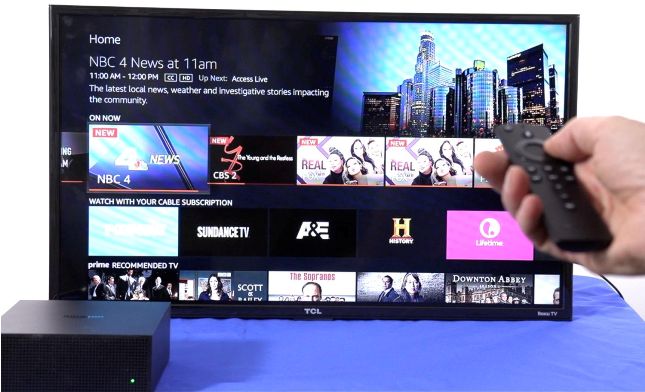 Before you add the Recast to your Amazon shopping cart, you need an Amazon Fire TV streamer – such as a Cube, Fire Stick or a TV with Amazon’s interface built-in. Secondly, you’ll need a quality HD antenna, and lastly, you’ll need to live in a location that can receive over-the-air TV programming.

Once you’ve got all the gear you’ll need, the Fire TV Recast is remarkably easy to use. Simply plug it into your router, attach your antenna’s coaxial cable, and plug in the included power cable. It takes 5 minutes. Once connected, simply make sure your Fire TV device is on the same network. If it is, you’ll immediately notice a “DVR” tab appear on the top of your Fire TV’s menu list, as well as the option to navigate live TV channels from the home screen.

With the Recast, you can place the unit away from your TV, as long as it’s on the same network as your Fire TV device. Much of the Recast’s competition can’t do that. The downside is that the Fire TV Recast is limited by the fact that it must be hardwired into an Ethernet port. 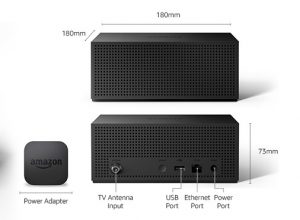 The Fire TV Recast comes in both 500GB ($230) and 1TB ($280) sizes, which works out to around 75 or 150 hours of programming, respectively. All shows are recorded at 720p at 60 frames per second, which is pretty good quality for an over-the-air DVR. The Recast also supports 5.1 surround sound, so you’ll get immersive sound should you have a full surround system connected.

It’s difficult to overstate just how simple and well-integrated the Fire TV Recast’s interface is into the overall Fire TV menu; it really feels like a well-designed addition to the Fire TV world, rather than an afterthought meant to appease cord cutters and rural viewers. Quite frankly, adding the live TV component to Fire TV makes these streaming devices more compelling than ever, and we wish this feature would be integrated into standalone Fire TV models like the Fire TV Cube.

As it is, finding, recording, and simply enjoying broadcast programming is easy and intuitive. Once you’ve selected the new DVR section in your Fire TV’s menu, you can quickly scroll between different TV channels to watch live. If you find a show you want to record, simply press the menu button and choose the “record” option. Once done, the Fire TV Recast will ask if you want to record just this episode or the entire series, making it extremely easy to always have the latest episode of your favorite show on demand.

You can also record up to two programs in real-time, which is a nice touch, and the Fire TV Recast will automatically start deleting older content when it reaches its hard drive limit, but you can manually tell it which recordings you don’t want to delete. Perhaps the biggest omission in the Fire TV is the lack of ability to skip ads, although, you can fast-forward in 30-second increments, but it won’t detect what is an ad, and what isn’t.

At $230 for the 500 gig model, the Fire TV Recast is a well-designed and cost-effective solution for easy access to on-demand local programming and network TV. The Recast works exactly as advertised, making it a great option for Fire TV fans in need of an over-the-air recording solution.