The Moen and Nebia Spa Shower 2.0

According to some studies, we spend 60-hours per year in the shower. Over the span of a lifetime, that’s about 175 days. Despite how much time people spend in the shower, though, the basic technology hasn’t changed much in the past hundred years. A Silicon Valley, California startup called Nebia plans to change this concept. 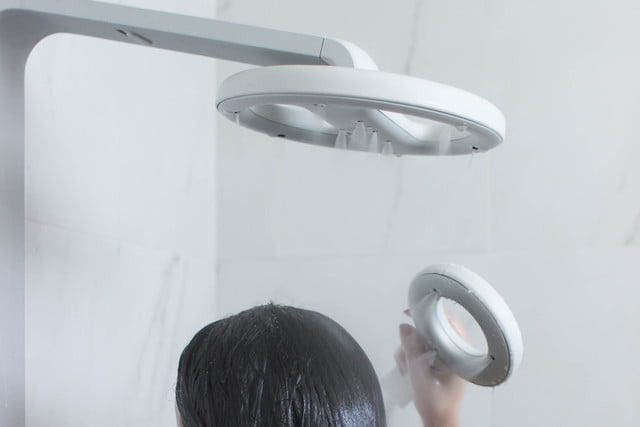 Nebia has partnered with Moen to develop the Nebia Spa Shower 2.0. The company took customer feedback into account to produce a warmer, more efficient shower experience that simultaneously meets its goals of water conservation. To date, Nebia has saved more than 100 million gallons of waters with only 16,000 units sold. At the current rate of conservation, Nebia hopes to have saved 1 billion gallons of water by 2021. 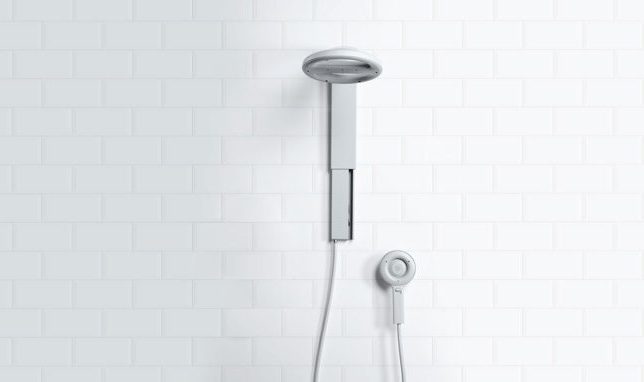 Philip Winter, Nebia co-founder and CEO, said “We spoke with thousands of customers to determine the key features that could be improved. The result is a warmer and more powerful shower that sets a totally new standard – and still saves 65 percent of the water used by conventional showers.”

Nebia did this through thousands of hours of research and through the use of simulation software called ANSYS. This software has been used to develop rocket engines and aerodynamic models to improve the performance of aircraft. That’s a serious shower. 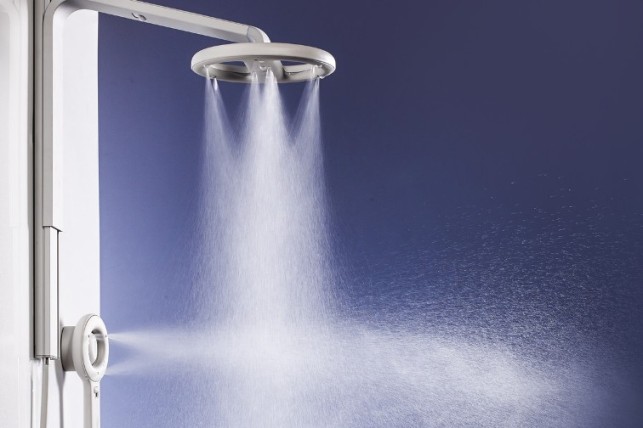 The new and improved Nebia Spa Shower has larger water droplets that make you feel like you’re in a high-end luxury spa instead of your home shower. The Nebia 2.0 comes in two new colors: Matte Black and Matte Silver, and Nebia is also launching the Nebia Shelf to further add to the modern look of its accessories.

The Nebia Spa Shower 2.0 starts at $499, but a Kickstarter sponsorship can grant access to lower early-adopter rates.

The Snow Joe 24V-X2-SB18 iON+ is a portable 48-Volt (2x24-Volt) 18-Inch cordless snow blower that features a heavy-duty rubber-tipped steel blade auger, a powerful 1200-Watt brushless motor and two 24-Volt / 4.0 Ah lithium-ion batteries that can offer up to 30 minutes of rechargeable runtime. All that makes this 48-Volt (2x24-Volt) 18-Inch cordless snow blower the perfect portable snow-riddance gadget to have around when snow starts settling in during the Winter Season.
Read more
Home Gadgets

The Okaysou AirMax8L is a high-quality and multi-use medical-grade H13 True HEPA Air Purifier that's equipped with a unique filtration mechanism that can accurately trap all air pollutants, including pollen, odor, dust, pet dander, VOCs, and mold. The Okaysou AirMax8L Air Purifier is perfect to keep the air within your home fresh and clean, and thus, enhance your family's comfort while also ensuring that they life a happy and healthy life. It's the perfect air purifier unit for small- to medium-sized rooms like kitchens, kids rooms, and/or offices.
Read more
Miscellaneous Gadgets

College accommodates diverse people across the socioeconomic spectrum. Some students can cater to their tuition and upkeep without any hustle, while some have to take part-time jobs to make ends meet. For such students, having a way to cut down on expenses is certainly a big deal. We will be looking at 5 college gadgets that students think they need, but they really don't.
Read more
Home Gadgets

Mother’s Day is on fast approach, and this year’s holiday is poised to bring in the motherload. This as a National Retail Federation survey...
Read more
Tablets

It's no secret that the tablet market is not just exploding, but rather, it has literally taken over the laptop market in sales revenue...
Read more
Computers

This just in, straight from Acer:  Acer announces the next generation of its acclaimed line of Aspire One netbooks. These new Aspire One AO532h...
Read more