Even though Google’s Project Ara, Motorola’s Moto Mods and the LG G5 were failures, patents have been discovered showing the company’s continued interest in modular phones, just when the rest of the industry is turning its attention to folding smartphones as the next big device design trend.

Patents aren’t a sure thing, but they do show someone is thinking hard enough internally about a technology that it needs to be registered with the government. Google filed for at least two “Modular Device” patents in late 2018, which were published at the end of January 2019. 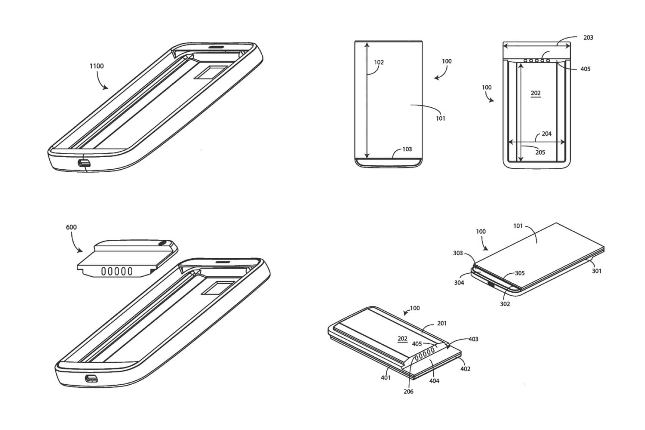 The first shows a bizarre “build-it-yourself” smartphone-like device with components attached to a main chassis using what look like magnetic contacts or pogo pins. There are separate components for the screen, front camera, and rear camera. Plus, the device can accept other modules including another battery, a fitness tracker, a different camera, more external memory, or even an auxiliary display.

It’s not clear how many of these modules will be able to be fitted at one time. Modular device concepts, and the few phones we’ve seen that provide modular functionality, usually only accept one module at a time, and require you to swap modules as and when they’re needed. 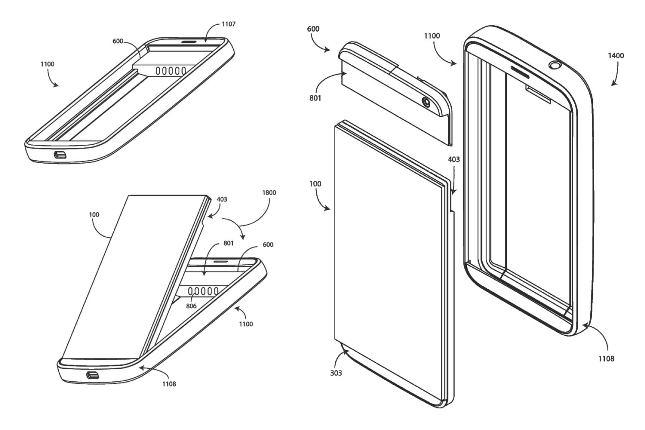 Another Google patent for a modular electronic device appears to closely resemble Project Ara, with multiple components slotting into a main body, each of which can be controlled individually and not only through the device’s operating system. These patents are variations on a theme, and indicate Google has not entirely given up on creating a modular phone. Project Ara was discontinued in 2016, but not before we saw early prototypes of the device, partners had been brought onboard to make the first products, and carriers chosen to sell the initial phones.

When Google discontinued Project Ara, it apparently intended to license the technology out to other companies, so all the hard work would not go to waste. Whatever discussions there have been have not turned into deals yet. Mobile technology moves quickly, and what was fresh in 2016, is archaic in 2019. These patents may show what’s possible with modular technology today, and could indicate Google is working to tempt its partners back into experimenting with modular hardware.