Samsung just unveiled a new tablet – the Tab S5e. It’s a 10-inch Android 9 Pie device that the company says is its thinnest, lightest slate yet, coming in at just 5.1mm and 14 ounces. Plus, it’s the first tablet with Bixby 2.0 built in, so you can use the voice assistant to control your compatible Samsung or SmartThings appliances. 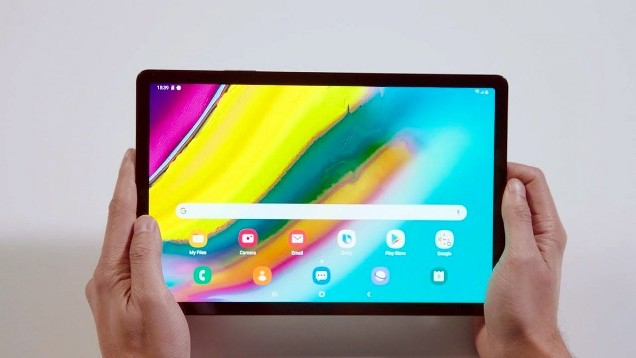 Samsung is also introducing an interesting new feature named Call & Message Continuity that lets you make and receive your phone’s calls and texts on the tablet. Throw in support for the company’s DeX multitasking software, a Super AMOLED screen and four AKG-tuned speakers, and the Tab S5e has a lot to offer for its $400 price. 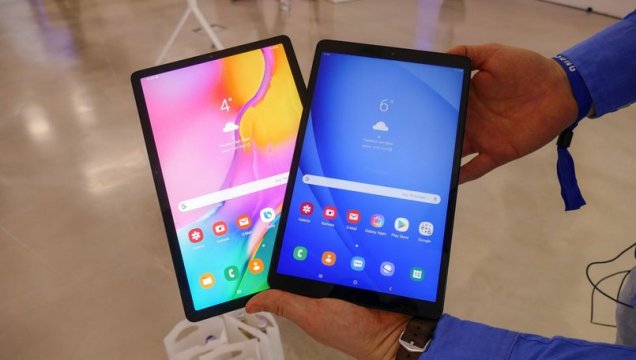 That’s a sweet deal, but there are, of course, some trade-offs. The “e” in the device’s name stands for “essential,” according to Samsung, and it sits in the middle of the company’s lineup of tablets. Although it features a premium-sounding metal unibody, the Tab S5e isn’t as high-end as the Tab S4, which costs $650. The Tab S4 has a faster Snapdragon 835 CPU that can better handle multitasking, while the Tab S5e uses a Snapdragon 670 that’s less powerful. That means it might only be able to manage one or two tasks simultaneously, compared to the up to 10 simultaneous processes that the S4 can smoothly execute. 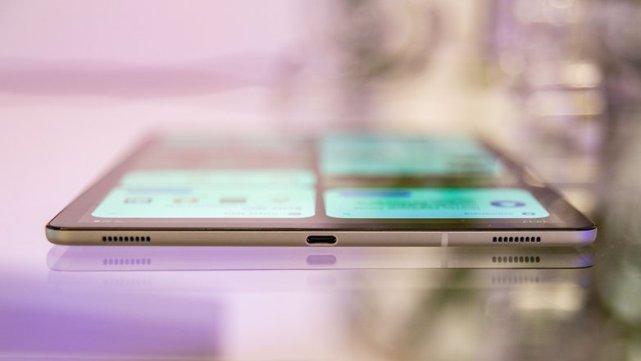 Another difference between the two is that the S5e doesn’t support Samsung’s S Pen stylus, unlike its more premium brother, which also ships with the accessory. While both tablets have pogo pins to connect to keyboards, neither of them comes with one. You’ll have to pay the extra $150 for Samsung’s own offering or use your favorite third-party option.

The company isn’t expecting people to use the Tab S5e for hardcore productivity, though. It’s targeting this at people who want a larger canvas than their phone screens to watch movies or play games on. For that audience, the Tab S5e’s edge-to-edge 2,560 x 1,600 screen and four speakers should provide a good multimedia experience. But they’ll also get what Samsung is calling “smarter connectivity” with the built-in Bixby feature and Call & Message Continuity. The latter works even if you’ve left your phone at home while out at a cafe, so long as the Tab S5e is connected to the internet (over WiFi or LTE). 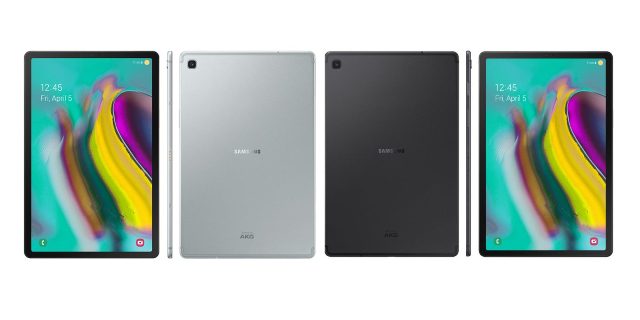 The Tab S5e gives you about 14.5 hours of battery life out of its 7,040mAh power cell, though, expect the runtime estimate to be different on the LTE models. You’ll have to wait for carrier-connected versions of the Tab S5e to be available (later this year), but the WiFi version will ship in the second quarter of 2019.