HTC is going all out on 5G, but not just with smartphones. At Mobile World Congress 2019, the company has introduced a new so-called “5G hub,” which can connect to 5G networks, act as an Android tablet, and more. 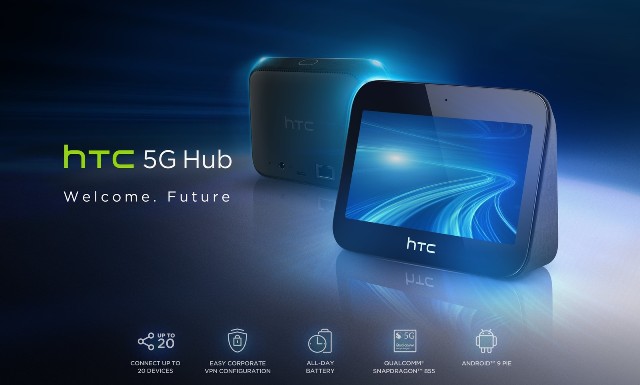 The new device boasts all the specs you would expect from a flagship phone in 2019, but it’s not a phone. Instead, it’s more of a smart display aimed at things like 4K video streaming, low-latency gaming, and acting as a 5G hotspot. The device is compatible with the Sprint network, though it’ll likely come to other networks as time goes on. 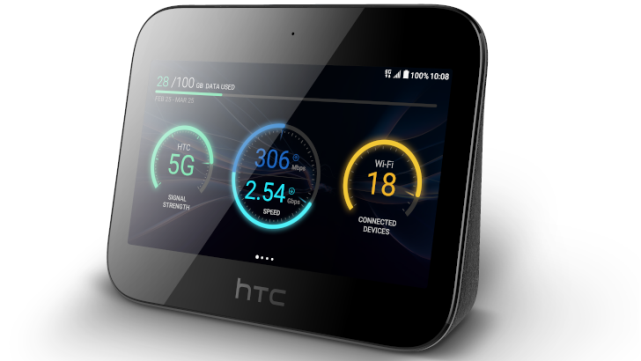 Inside, the new HTC 5G hub offers very good specs. You’ll get a Qualcomm Snapdragon 855 processor, coupled with 4GB of Ram and 32GB of storage, though if you find that it doesn’t offer quite enough storage for you, there is a MicroSD card slot. It has a 5″ display, with a resolution of 720 x 1,280. The device also offers Bluetooth 5.0 connectivity and a battery capacity of 7.660mAh. 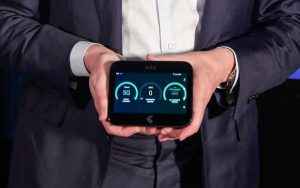 The hub seems to take place of a new phone with 5G connectivity, and it’s nice to see that HTC is thinking about 5G and the implications of it, but we’re not so sure that an Android tablet with 5G connectivity is necessarily the way to go. Having said that, it’s expected  HTC to adopt 5G in its smartphones in the near future, especially considering the fact that the company has now released at least one 5G-capable device.

The HTC 5G hub comes with Android 9.0 out of the box, and it will most likely be heavily integrated with Google Assistant. According to HTC, the device will be available in the second quarter of 2019. No word on pricing.

Motorola QUENCH with MOTOBLUR and Swype