Next iPhone Could Use Entire Screen as a Speaker

We know that Apple is working on a folding phone, much like a few other big players in the fold. But that may be a year or two a way. For the short-term, the company may deliver something a little more practical, at least from an audio perspective: A recent patent application hints that Apple might be about to replace the iPhone’s internal speaker with a mechanism that allows the screen to act as the speaker.

The patent itself is for a way to build a speaker such that its pistonic motion is improved. Pistonic motion refers to the way a speaker’s diaphragm moves when it receives its electrical impulses. Pistonic movement is pure up and down, like a piston. In a perfect world, speakers would exhibit pure pistonic movement, which would guarantee an absence of distortion. Distortion doesn’t sound very good and it’s largely caused by non-pistonic movement, in other words, any movement that isn’t perfectly up and down. A speaker design that reduces non-pistonic motion, as the patent describes, could be helpful in any number of contexts, but we’re intrigued by one very specific example that Apple shows in its patent. 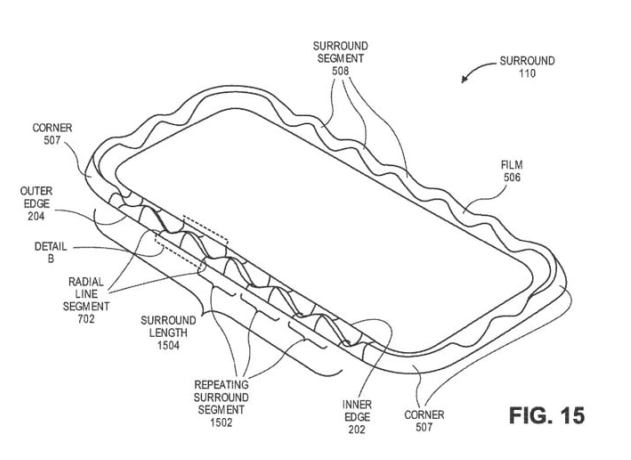 Smartphones are engineering marvels, in that they need to pack a huge amount of sophisticated tech into a tiny space. Multiple cameras, mics, biometric sensors, big batteries, fast processors, Wi-Fi, Bluetooth, and 4G radios and their respective antennas, and speakers. Every millimeter that one of these components requires is one less for all of the others. Remember Apple’s “courageous” decision to remove the headphone jack? Phil Schiller said it was to aid with waterproofing, but the internal space saved by eliminating it was likely the biggest reason for its demise. So if you devise a way to make the entire screen of a phone double as a speaker, you’ve just saved yourself even more space.

Now one diagram is not really enough to get us from “improved pistonic motion,” to “the screen is the speaker.” But it’s not the only clue. The patent, in referencing that specific diagram, discusses the use of a “hermetically sealed barrier” around the edge of the of the speaker. Under normal speaker conditions, say for an Apple HomePod, creating a barrier that prevents gasses (or liquids) from sneaking by seems like overkill, unless you’re worried about an inadvertent tumble into a kitchen sink. On a smartphone, it makes a ton of sense, and we would guess it’s critical in order to preserve the integrity of the phone’s water resistance.

But can you really make an IPS LCD screen work as a speaker? Probably not. Sony and LG both make TVs that use the screen itself as an active speaker component, but these are OLED TVs, not LED-backlit LCD panels. Presumably, the super-thin and self-illuminating OLED panels are flexible enough for this purpose, while LCD panels are not. If recent reports are accurate, Apple is going to slowly migrate its iPhones away from IPS LCD to OLED, and this patent could help explain why. Not only is OLED tech critical to making folding designs work, it’s also the key to making screen-as-speaker designs work. 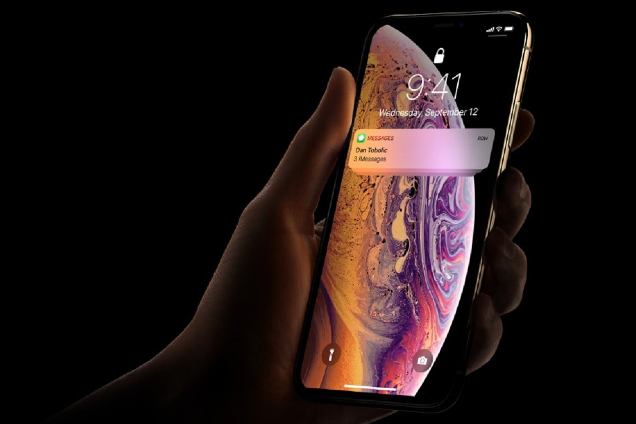 Apple isn’t the only company pursuing this feature for its phones, though the patent suggests its version may outperform other designs. Last year, Vivo showed off a concept phone with screen-as-speaker technology.

So there we are: We have a patent that references iPhone-shaped, water-resistant speakers, and relatively reliable rumors that Apple will soon be adopting the OLED displays that would make these speakers possible. We’ll know everything in September.