Line Clova makes some cool stuff, and they’re continuing the tradition, using their Clova artificially intelligent assistant, with the soon-to-be-released Clova Desk, a smart screen along the same lines as Amazon’s Echo Spot and Google’s Home Hub. What makes Clova Desk interesting is the extent to which it integrates Line’s core features to make it more friendlier in the home, almost becoming an extension of Line on a smartphone.

Clova Desk was announced in mid-2018, but delays seem to have impacted the release; but now an official website has been opened for Clova Desk, and an alert sent out through the official Clova page in the Line app, stating the device is now almost ready for sale. 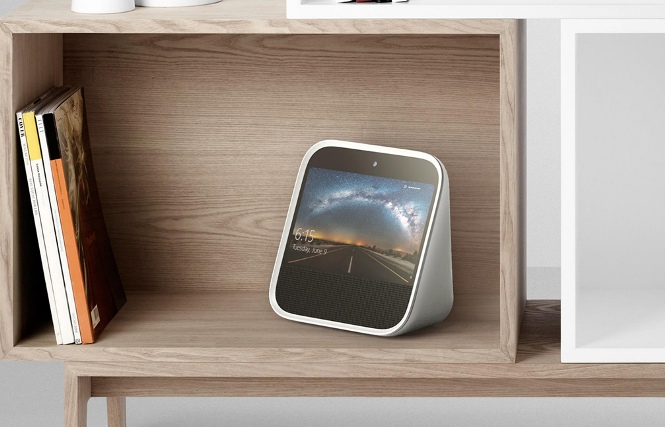 The 7-inch screen has a 1024 x 600 pixel resolution and is set above a front-facing speaker, inside a square body. The footprint is very similar to the Google Home Hub. Clova Desk was announced with a battery inside, suggesting it will operate around the home without always being plugged into the mains supply. This makes sense when you understand how Line’s features are integrated.

Line is the “THE” messaging app in Japan, Taiwan, Thailand, and several other regions. It has masses of features outside sending text messages, cute stickers, and making video calls, including mobile payments, banking, and streaming music. The Clova Desk has a 5-megapixel camera for video calls, and can both display and read out messages received to your Line account. Stickers can also be sent and received, and Line’s face filters work with the camera during video calls too. Picking Clova Desk up and taking it from room to room may increase its usefulness as a chat and messaging hub. 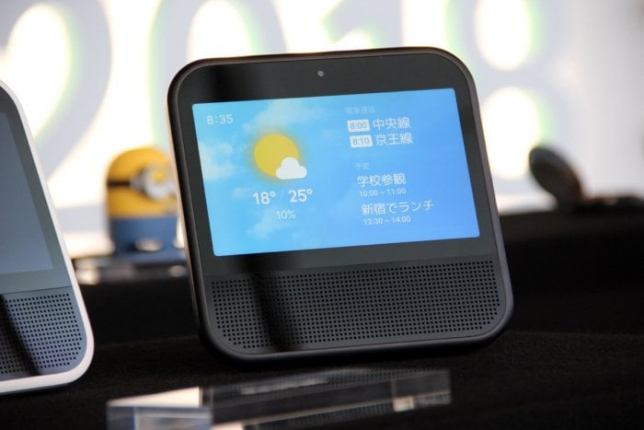 The Clova Desk is voice controlled, with things like messages being dictated and read back. Line Music is also integrated, along with general features like following recipes online. Clova currently only understands Japanese. In Japan, Line faces serious competition from Amazon and Google. Until recently, the platform was not open to developers either, giving its rivals a significant selling point, as both have hundreds of native skills in Japanese. Clova’s selling point has been its friendliness, and ease with which it works with an app most people will already use, which Line is clearly highlighting with Clova Desk. The final release date for Clova Desk has yet to be confirmed.