The next smart displays and hubs by Google may have been accidentally outted, as Google Store posted an interactive graphic on the store’s connected home page, which lists all the smart devices we’re accustomed to along the top, however clicking on the Home Hub brought up details for something else: a “Nest Hub Max.” According to the description, it has a 10-inch HD screen, a built-in Nest camera with motion and sound alerts as well as stereo speakers.

It seems weird that Google would reuse the Max branding from its premium speaker for a Nest device, but now that we’ve heard “Stadia” it’s hard to put anything past them. A trusted source previously found clues of a “Sherlock” device that matches up well with its capabilities, so it could be close to release, even without any picture, or mention of a price or release date. 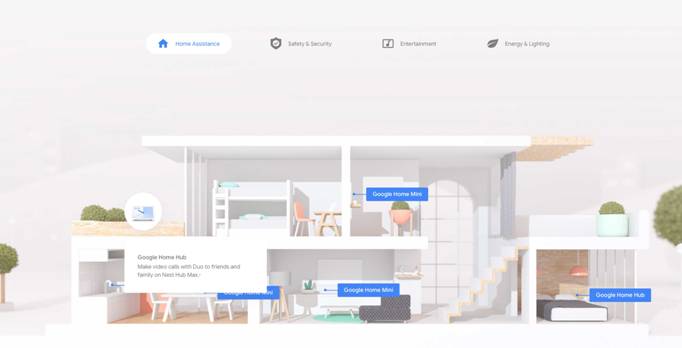 The specs make this seem pretty real, as they don’t match up with Google’s own 7-inch Home Hub that doesn’t have a camera. It also makes sense that Nest would build a relevant device in the category that’s more tightly tied to its existing line of smart home products including security cameras, thermostats and more. While dropping the camera makes the Home Hub more appealing for privacy reasons, someone looking to put a Nest in a highly-trafficked area of their house wouldn’t have the same concerns and can accomplish both.

The Cielo Breez Plus is a plug-and-play Wi-Fi-Enabled Smart AC Controller that's ideal for all types of air conditioners systems that work with a remote control. Thanks to its wide compatibility, you can turn pretty much any type of air conditioner system into a Smart AC unit. At the same time, its built-in sensors allow you to easily and conveniently manage and monitor the temperature and humidity of your room, while the local touch controls under the device's built-in display screen let you control both your AC unit's fan speed and operating. Additionally, by using the Cielo Home App users can fully customize their Smart Air Conditioning experience.
Read more
Home Gadgets

Fujifilm just released its latest product, the Instax Mini LiPlay. This camera is the latest instant film camera model for the company, but its...
Read more
Media Gadgets

Pioneer just introduced their new XDJ-AERO, a WiFi-enabled DJ controller that lets you load up tunes from a smartphone, tablet, laptop or PC.  It has...
Read more
External Articles

Fat free frying in your microwave cooker! The faster, healthier, tastier way to fry your food without fat! Excellent for cooking a full English...
Read more