Google just released Google Glass Enterprise Edition 2, a new version of its business-focused Google Glass wearable. It comes with an improved camera and a much faster processor, all for a $999 price tag. Much like its predecessor, the new Google AR smartglasses are being targeted for the business user and are not available for retail consumers.

The new Google Glass Enterprise Edition 2 is powered by the Qualcomm Snapdragon XR1 platform, which is designed specifically for augmented and virtual reality applications. According to the tech giant, the new quad-core 1.7 GHz CPU processor is much more powerful” than the Intel Atom SoC in the previous Google Glass Enterprise model. This new processing power will deliver much better performance and longer run times. A new USB-C port provides faster charge times as well.

Inside, Google Glass Enterprise Edition 2 has an 8-megapixel camera, a 640 x 360 optical display, and a multi-touch gesture touchpad. It has 802.11ac WiFi and Bluetooth 5 for connectivity as well as 3GB of RAM and 32GB of onboard storage. Voice assistance operates with 3 onboard microphones and a mono speaker. There’s also USB and Bluetooth audio to support headsets. The Google Glass Enterprise Edition 2 is powered by Android Oreo, which opens the door for easier app development and mobile device management. 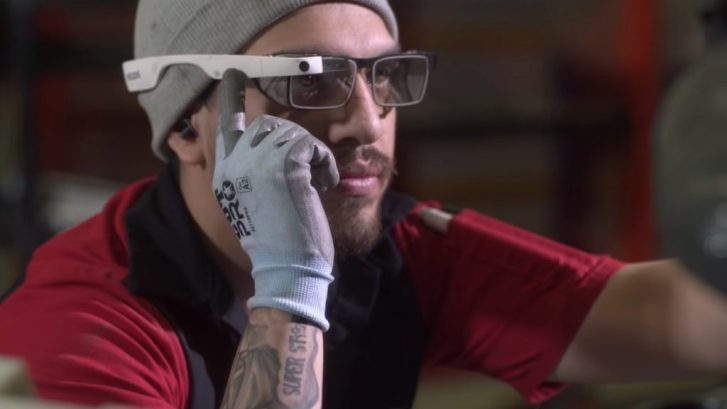 Style-wise, the Google Glass Enterprise Edition 2 looks pretty normal, much like regular glasses. It is available in a frameless version or with a Smith Optics supplied safety frame that is suitable for manufacturing and other labor-intensive jobs. The smartglasses are both dust and water resistant.

The original Google Glass was designed for consumers, but because of the $1,500 price tag, not many were interested in purchasing it, and the project fell by the wayside. Additionally, privacy with the integrated camera was a concern.  4 years ago, Google pulled the device from the consumer market and revised it for the business market, releasing it as the Google Glass Enterprise Edition, which was the immediate predecessor to the new Google Glass Enterprise Edition 2.

While you are out of the town, it’s quite simple for criminals to break into your dream home for a quick haul. According to...
Read more
External Articles

We can’t get away from this 3D thing, can we? It’s everywhere. Well, at least we have a few years before it becomes so...
Read more