Verizon has been promising for over a year that their new 5G network will revolutionize data speed. At this year’s Indianapolis 500, Team Penske is using Verizon’s 5G network to send data from race cars on the track to the pit.

Literally all of the racing teams use wireless networks to pull vast amounts of data from cars on the track. That data is used to monitor the health of the car, find areas where performance can be improved, or to highlight drivers’ mistakes. Drivers may be alone in the cockpit of their respective car, but data connections allow the team to digitally look over their shoulders, not to mention communicate live with drivers. While the 5G network is rolling out slowly for average phone users, Verizon’s sponsorship of Team Penske is giving them the new network technology now.

Verizon says that one of the ways Team Penske uses that high-speed network is for capturing video. In practice sessions for the 2019 Indy 500, the team streamed video from cameras on a car to the spotter stand, using it to analyze the driver’s performance and make changes to the car. What used to take hours now happens in real time. The team can even overlay feeds from multiple drivers’ previous laps to make comparisons. Cars can be brought into the pits for setup changes, then sent back out. That’s something that wasn’t possible before 5G, according to the Penske team. 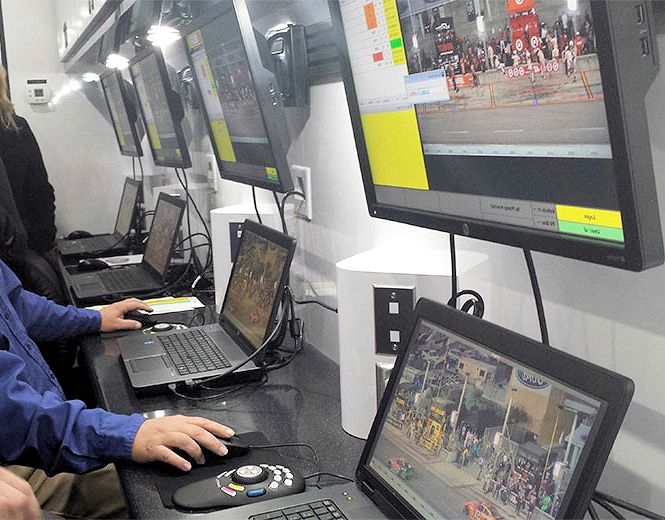 “Prior to 5G, we’d capture video of a six- to seven-hour practice session, store it on a memory card, and then go back to the garage and analyze that information after practice,” Carlos Gutierrez, an engineer with Team Penske, said in a statement. “With 5G, we have that video content almost instantly, so we can tweak performance on a run-by-run basis instead of the following day. The faster this data gets to the team, the faster we can help the driver on the next lap and gain a competitive edge.”

Verizon believes 5G could also improve the experience of Indy 500 fans by providing the capability to stream video from multiple in-car camera angles, all in 4K. This service isn’t available yet, but when it does come, 5G will be to thank for an unreal video coverage experience.

Previous articleiPhone 11
Next articleAmazon Wearable Will Track Your Emotions

Microsoft has quietly gone live with its Kinect product page and has unofficially confirmed a $149.99 price tag for the highly anticipated motion controller....
Read more
Headphones/Earphones

Tangled earbuds don't ever have to happen again thanks to Zipbuds.  The company's Slide earbuds stay sealed due to its tangle-free seal that zips up...
Read more