Various leaks in the past few weeks stated that the Galaxy Note 10 would display a different design from the Galaxy S10. The phone will follow the same design principles, such as the Infinity-O screen, in-display fingerprint sensor, and a triple-lens, or better, camera on the back. While sharing some features, it’ll deliver a handful of remarkable differences. The punch-hole camera won’t be near the corners as is the case for the Galaxy S10 phones, but would rather be placed right in the center. In addition, the rear camera design of the Galaxy S10 is also getting dropped. The triple-lens camera will reside near one of the corners, likely the left one, as an alternative of a central module placed in the center of the top half of the phone, like most smartphones.

We already saw some Note 10 renders created using these rumors, so we can have a pretty good idea of what to expect from the new Galaxy Note phone. By rendering with the aid of an actual Galaxy S10 phone, we get even closer to what the Note 10 will look like. With the use of a real-life photo of a Galaxy S10+, Samsung Insider Ice Universe posted a Galaxy Note 10 render: 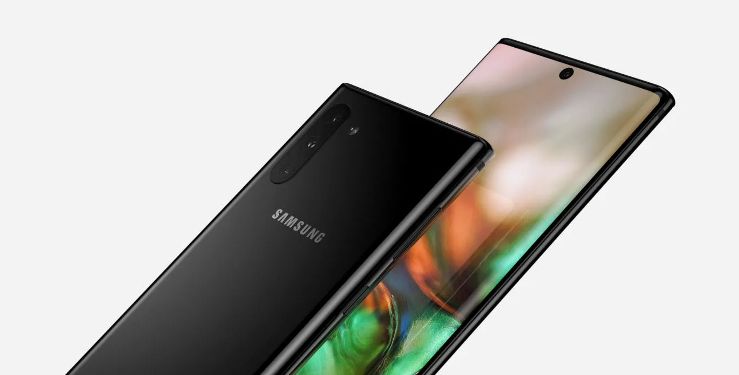 Nevertheless, this render is only good to give us an idea of what the Note 10 may look like. For many years, the Galaxy Note has lost one of its main advantages over the Galaxy S line, the size. Since Samsung introduced its all-screen Infinity screens, the overall size of the phone increased. Consequently, the 6.4-inch Galaxy S10+ will be almost as big, if not the exact size as one of two Galaxy Note 10 phones Samsung is working on.

Reports state that the Note 10 will be launched in two different sizes, and each model will have a corresponding 5G version.

The Galaxy Note 10 will still feature a built-in stylus (found on the left side of the phone) like every other Note phone.

Samsung will probably launch the Note August 10th like in previous years, many weeks before Apple releases its newest iPhones.