Uber Eats Back to the Ridesharing App

Back in 2016, Uber (based in San Francisco) launched its stand-alone Uber Eats app, separating it from the Uber app two years after the launch of the meal-delivery service. Now, the company is making a web view of Uber Eats, and it will be accessible from its main app.

During this week, Uber confirmed to that they’re making efforts to entice its riders into ordering from Eats.

While the main Uber Eats app will remain available to customers, the company is eager to develop new cross-promotion opportunities, searching to benefit both its ride sharing business and meal-delivery project. For riders, it may create motivation to order a meal through Eats.

Uber is testing new ways to order Eats meals directly from Uber’s ride sharing app by way of a web view, removing the need for a rider to download the Eats app if they don’t already have it, meaning riders could see a promotion for Uber Eats during an Uber trip, which might tempt them to place an order.

According to reports, ordering Eats deliveries within the main ride sharing app is currently available to all iOS users in places where Uber isn’t operating its bike sharing and scooter sharing services, in order to avoid Eats cluttering the app’s interface. Meanwhile, the Android version is currently available to 17% of Uber riders, and the company is looking to increase that number as the feature expands globally. 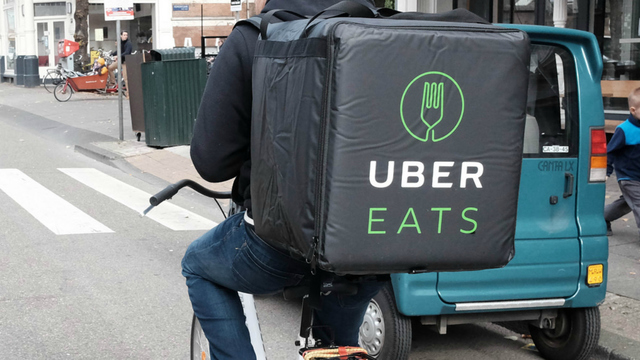 Uber also launched a rewards program towards the end of 2018, where points are awarded each time you use the company’s different services. After gathering enough points, you can exchange them for discounts on rides and meal deliveries or receive other benefits such as flexible ride cancellations or price protection for regularly taken trips.

Uber hopes to build brand loyalty with all these approaches, with the main goal of becoming the go-to service for rides and meal delivery. Uber’s numbers reveal that Eats is expanding fast, with an impressive $536 million in revenue in the first quarter of 2019, 89% more than last year’s first quarter.

Despite the growth being largely attributable to expansion into more markets, the company had to spend a serious amount of money to make that happen, causing it to lose a billion dollars in the first quarter.

Nokia's decision to scrap the touchscreen N-Gage back in 2008 has not deterred fans of the series from teasing us with a newer, fresher...
Read more
Media Gadgets

Whether you're hosting a house party or pool party, you have to make sure that you've got the right party speakers ready to blast...
Read more
Miscellaneous Gadgets

The fast-growing market for USB charging hubs means that there are now a lot more options available. However, when looking for a USB charging...
Read more