Anyone with a smartphone can testify that battery life on smartphones is simply bad, making this a fact on a global scale. Even with the giant batteries and external battery packs that are currently available, most modern smartphones’ battery-life struggle to survive a full day of use, and the best devices barely make it through two days. But it hasn’t always been like this.

When the first few versions of phones started getting released, these same phones had great battery life that lasted for multiple days in a row, without needing to be charged. Nowadays, our smartphones are far more powerful than these earlier phone versions. So why haven’t batteries kept up with the pace of progress?

My Smartphone battery is not lasting a day

Venkat Srinivasan, director of the Argonne Collaborative Center for Energy Storage Science and an expert in battery technology explained the main issue that created the problem: Moore’s Law has simply outpaced battery technology, which means that while our phones have gotten better, they demand more and more power; this happened at a much faster rate than the technology advancements made in batteries.

But this doesn’t mean that we haven’t made any improvements. Over the past few years, we’ve steadily increased energy density by shrinking down internal components. Srinivasan made a statement about the issue, saying “Five years ago, it became clear we couldn’t remove any more things, there were fires. We’ve reached a stage where new improvements in energy density are going to come from changing battery materials, and new materials are always slower compared to what I would call engineering advances.” 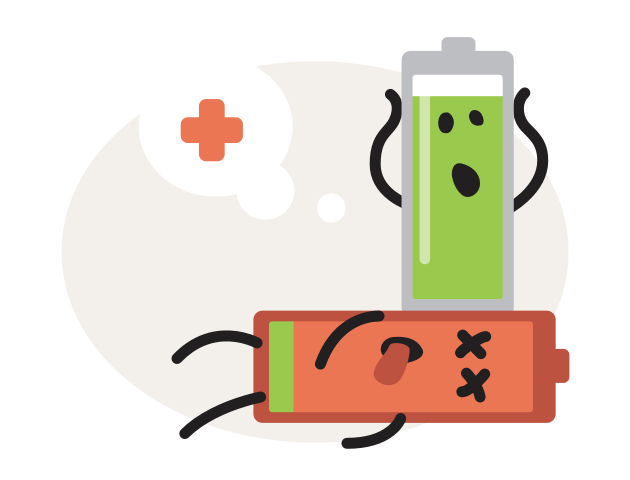 The main reason behind the issue is that the rechargeable batteries that come in today’s smartphones are based on lithium cobalt. This is a battery technology that we’ve been using since the early ‘90s, and we’ve finally reached the limit of how much power we can squeeze out of it. But there is still hope for the future. Researchers already started investigating new battery technology, like solid-state batteries, which could help introduce more energy-dense materials that could offer more power for future devices.

But once again, there’s a catch. By the time those new batteries are finally released, our future smartphones might be even more advanced than the ones we currently have, meaning they’ll need even more power. This could lead us straight back to the same issue; having the one-day battery life that we started with. We’ll probably be haunted by the curse of external battery packs, at least for a few more years.

Previous articleiCaddy, The Mobile Device 4-in-1 Multi Tool
Next articleVeloz and Schwarzenegger Highlight the Importance of Electric Vehicles