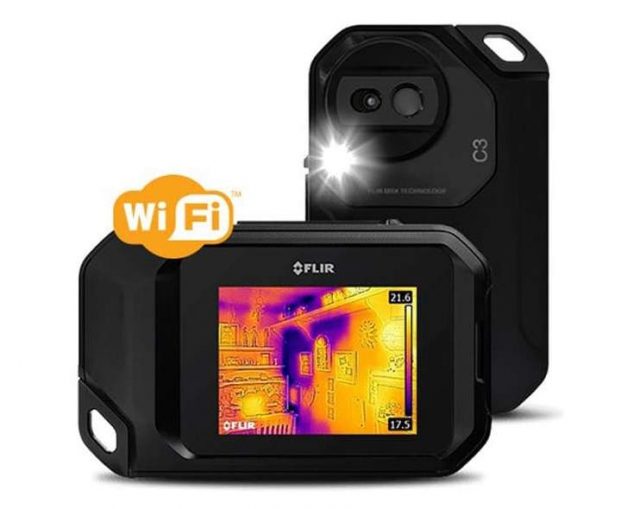 FLIR Systems is the world’s largest commercial company specializing in the design and production of thermal imaging cameras, components and imaging sensors. The company has recently announced their newest thermal camera. The FLIR C3 is a pocket-sized thermal camera that allows for fast and precise thermal pictures. The new FLIR C3 thermal camera has all the features from the previous model (the FLIR C2), plus a new added feature; it supports Wi-Fi connectivity which makes sharing all images and reports much easier.

The FLIR C3 is the ideal tool for building inspectors, allowing them to quickly find any problems like moisture intrusions, water damages, electric faults, HVAC (Heating, ventilation, and air conditioning), and facilities’ maintenance thanks to all its features and very small size.

Design-wise, the FLIR C3 is pocket-sized, and thanks to its rugged and hardy construction, it can easily withstand hard falls. It’s not waterproof, but.definitely water resistent. It features a 3” touchscreen display that helps users to easily navigate through the camera’s interface.

The new FLIR C3 thermal camera packs many features. Its powerful 80 x 60 IR thermal sensor can detect a temperature range between 14°F to 302°F. It might not be powerful enough for some industrial applications, but it works for most types of inspections such as HVAC, insulation, and electrical systems. Due to the sensor’s limited distance range, it’s best for close-up inspections. It has a temperature sensitivity of less than 0.10°C, proving able to accurately spot the smallest thermal differences possible, which is important for sensitive system inspections. The FLIR C3 41-degree field of view allows for inspections to larger areas. 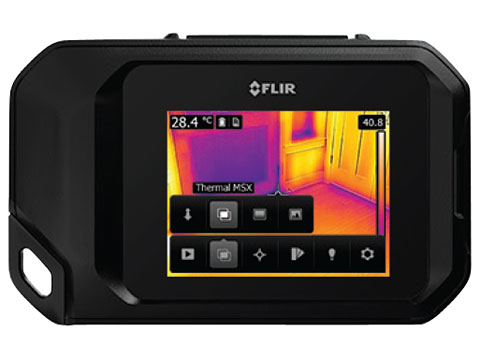 One of the best features of the FLIR C3 is its MSX Technology. The C3 features two cameras: an IR camera for capturing thermal images and a normal visual camera. When you’re taking a picture, both cameras work simultaneously. The integrated software then puts together the visual details into the thermal image, allowing users to better understand what they’re looking at. It’s also equipped with a flash, allowing you to get good visual images in dark places; the flash can also be used as a flashlight.

Regarding its connectivity, the FLIR C3 thermal camera supports WiFi connectivity and USB 2.0. Users have two ways to transfer images to another device. By using WiFi, images can be instantly shared with team members, while connecting the camera to a computer using the included USB cable will allow users to transfer a larger number of images, which is much faster than transferring them via WiFi. 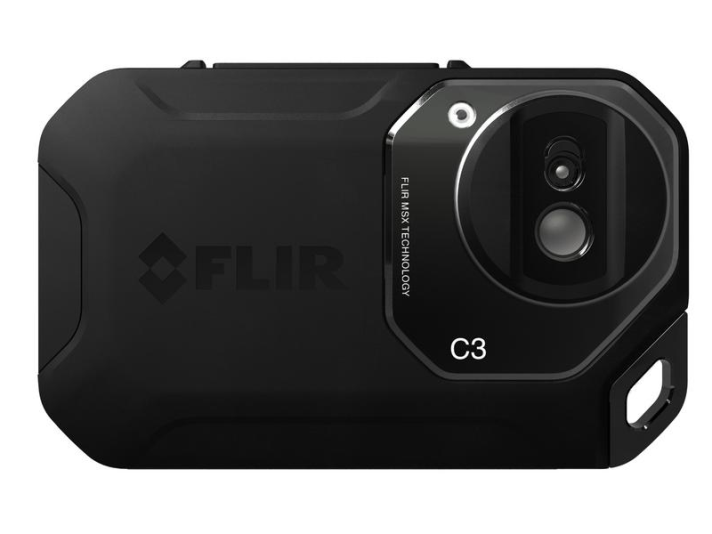