Tesla, Inc. is based in Palo Alto, California. The company specializes in electric car manufacturing while its subsidiary company known as SolarCity is focused on solar panel manufacturing.

According to Tesla’s CEO Elon Musk, if you ‘re looking to install a new roof at your household (or a future house your still planning up) together with solar panels, Tesla’s new Solar Roof tiles are the product you’ll want to use . Elon Musk stated that installing the company’s brand-new tiles “will be cheaper than buying a new roof and separate solar panels.” 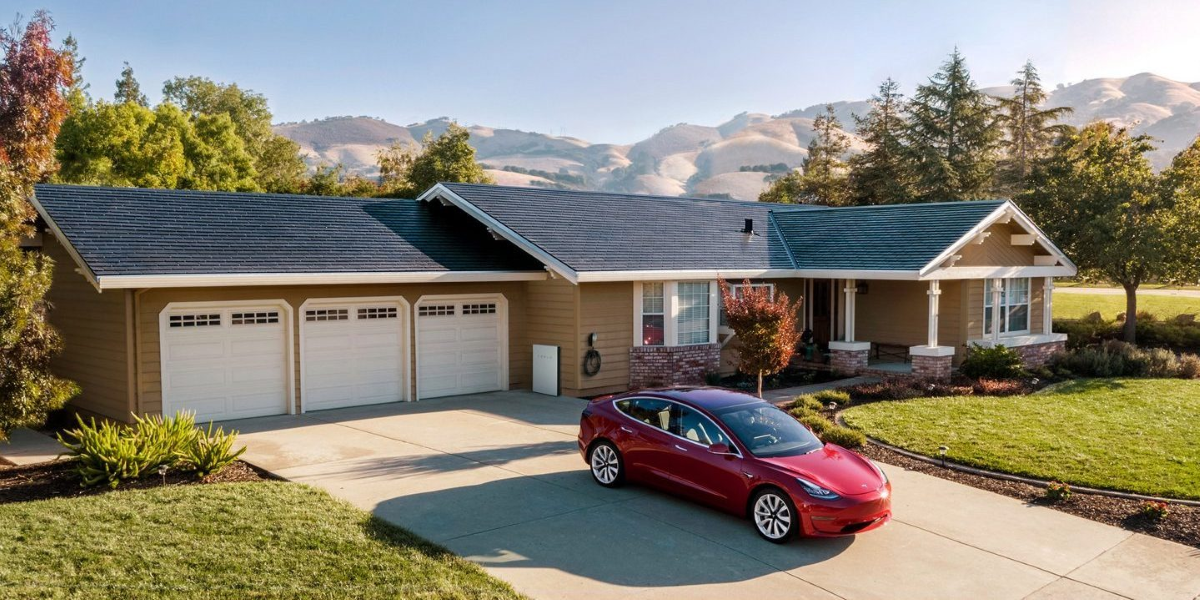 As stated before, this is the third version of Tesla’s Solar Roof tiles. The company informed its customers that when compared to the older models/versions (V1 and V2), the Version 3 Tesla Solar Roof tiles pack increased power density. The company reduced the parts used in these new tiles by half, which brought down the costs substantially.

Regarding Tesla’s new tiles’ efficiency when compared to a panel, here follow the stats. At the cell level, the company is targeting energy equivalency but also admitted there’s a slight single digit hit to that efficiency; just to make the tiles look nice.

Tesla also mentioned that you would have a larger area of tiles on your home than you would with panels, which basically makes the company’s new solar tiles a better solution than resorting to solar panels. And not only customers get a bigger amount of area covered, but these tiles also look way better than having your house’s roof flooded with solar panels.

Musk also pointed out that there’s still the possibility of every now and then having some exclusive cases where a roof and panels might come at a cheaper price than buying Tesla’s new Solar Tiles. But Tesla’s CEO also said that he’s certain that for at least 80 percent of the time the company’s Solar Roof would come at a more accessible cost.

One of the biggest advantages that come together with Tesla’s new tiles is the time needed for their installation, as well as how easy the process is. While the company will initially be installing them themselves, it will soon start using third-party contractors to install the roofs. The company’s goal is to have the roofs completely set up in a maximum of eight hours. If you’re not familiar with the amount of time required to have a roof installed, it’s usually a multi-day event, meaning that eight hours is way better than all other possibilities.

At the moment customers can only order the newly released tiles in a black glass style, but the company is hoping to have new variants available every six to nine months. This includes working on a design for clay tiles that will be a great match to any Mediterranean-style house.

Tesla is ramping its new Tesla Solar Roof tiles production up quickly, making these ready for the mass-market. Tesla’s new Solar Roof is already available for order and the company expects to start installing it on its customer’s houses within the upcoming weeks. The Tiles will come with Tesla’s 25-year warranty, which is an impressive warranty length to say the least. That is… if you need a new roof, of course. 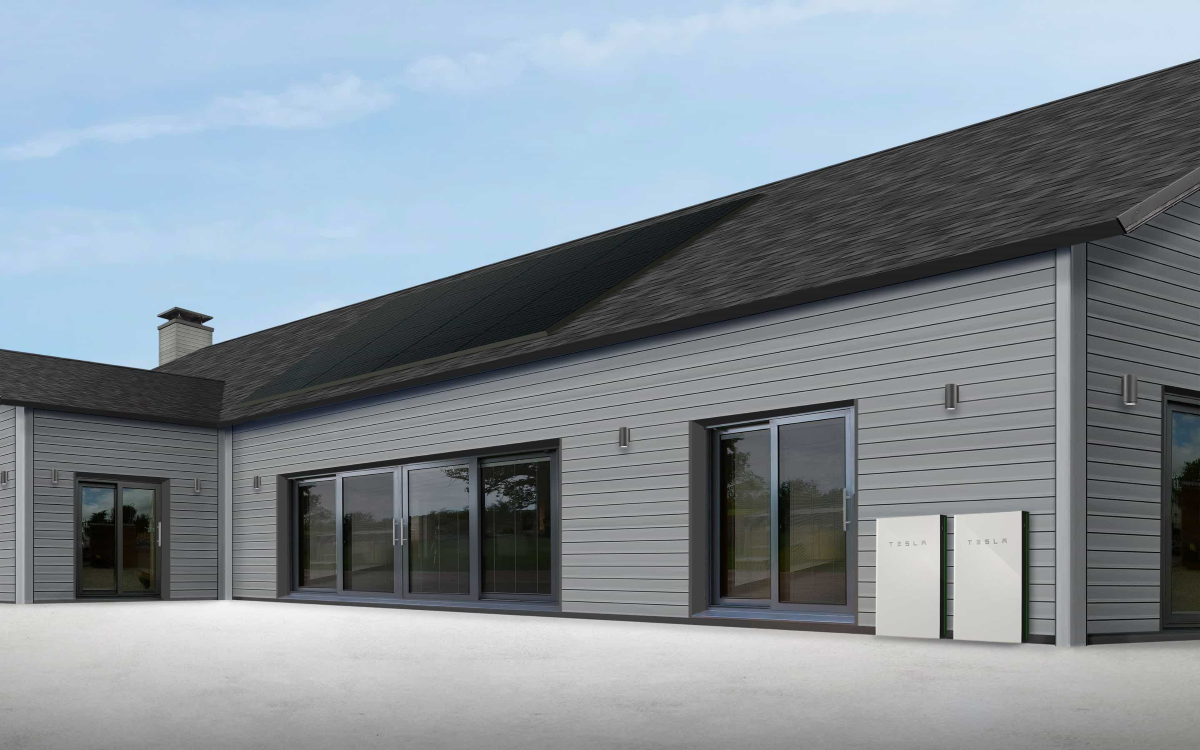 A full, brand-new Solar Roof can go anywhere from $33,950 (roof with integrated solar roof shingles) to $43,790 (concrete tile roof with add-on solar panels), but the company also offers the option to buy just new Solar Panels if you don’t need a new roof.

If you’re interested in checking Tesla’s new “solar bad boys” out, clicking this link will take you to the corresponding company’s page.

The D-Link DCS-8300LHV2 is a Smart Home Wi-Fi Camera that features Full HD 1080p Video with 360º Adjustability and IR Night Vision, Two-Way Talk, Smartphone In-App Controls, and even support to multiple Voice Assistants. Overall, the D-Link DCS-8300LHV2 makes for a really solid Smart Home Wi-Fi Camera for you to go with. With it, you can monitor your home in a 24/7 basis and see everything that's happening inside it in a Full HD 1080p resolution, all while letting the camera's advanced AI-based person detection functionality notify you and even alert you to any motion detected outside. All and all, this is a great Smart Home camera to go with, especially when considering its very affordable cost, as well as its ease-of-setup, and that goes for whether you’re looking to take care of your children and/or elders, to keep an eye on your pets, or even to keep your home and family protected against any potential intruders.
Read more
Home Gadgets

The Atomi Smart Pathway Lights are a set of x4 10-watt smart Wi-Fi-enabled LED pathway lights that feature programmable lighting with adjustable colors, customizable schedules, and Voice Assistant Support. Overall, these smart LED pathway lights are extremely durable, very easy to install, and extremely easy to configure via their Smartphone App. Featuring a broad spectrum of 16 million hues of different colors, a tunable white light functionality, and Voice Assistant Support, these smart home-exterior LED lights are perfect for everyday use, no matter if its just another regular day or if you're celebrating a special occasion. With them, you can always keep your home's pathway safe to walk at all times, all with an added touch of elegance and coziness.
Read more
Home Gadgets

The TableCoaster is an ultra-durable anti-spill drink holder that can securely hold all your favorite drinks, making it the perfect drinking accessory for both your office space as well as your living room's sofa table. Featuring an ultra-durable construction and a super ergonomic design that combines a narrower Drink Adapter piece as well as a larger Drink Holder piece, this sleek anti-spill drink holder can cater to most drinking containers, including mugs and tumblers, as well as bottles and cans. All that makes this the ultimate anti-spill drink holder that you can currently get, which can be used by anyone to prevent spills around furniture, other people or even pets. Best of all, you can use it just about anywhere, starting from the comfort of your home office and living room all the way down to motor-homes or even boats.
Read more
Home Gadgets

The Echelon Connect Bike EX-5s is a smart exercise bike for indoors use that comes equipped with a 22” HD Rotating Screen, an Ergo-Adjust Resistance Knob with 32 levels of magnetic resistance, a 6” Fore/Aft Seat Lever and a Seat Height Adjustment Lever for adjusting the bike's seat position and height, a set of Adjustable Toe Cages on its pedals, and 2 Power Ports for charging your devices while working out. Coming designed for maximum comfort, smooth functionality and total immersion, this smart exercise bike is simply awesome. Overall, it's extremely comfortable to ride, as well as easy to adjust to different difficulty levels for easier or harder cycling workouts. Best of all, with an Active Echelon Membership, the sky as the limit, as both all of the Live and On-Demand Classes as well as the Echelon's Fitpass Programs can offer all fitness enthusiasts an ultimate away of transforming all of their workouts at home to ultimately get to the fitness level they so desire.
Read more

What does the iPhone 5 mean for gaming?