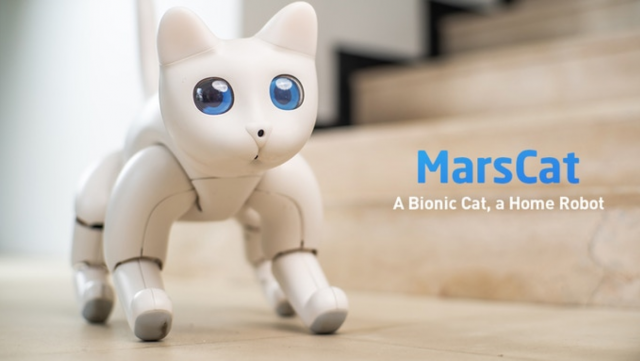 While Sony’s robot dog Aibo was somewhat of a success, no one had ever seen a robot cat. Well… until now that is. If you’ve always wished to have a robot cat, now you can. By supporting Elephant Robotics’ Kickstarter crowdfunding campaign to get your very own Elephant Robotics MarsCat Robot-Cat.

The MarsCat does look somewhat similar to a normal a cat, but it’s still not realistic enough to fool you to the point of easily replacing any of your real furry felines.

However, Elephant Robotics has been working hard to implement a lot of cat-like behaviors into their MarsCat. Surprisingly, the MarsCat can already walk, run, sleep, sit, stretch, bite nails, knead and even bury litter, but fear not, she won’t produce any waste. The MarsCat can also bat at toys and even accept heartwarming chin rubs.

“Sometimes she may do some amazing things that surprise you and make your day! No need to worry about her if you don’t have time to be with her.”

Let’s take a detailed look at this amazing Cat Robot Pet and see everything it has to offer.

The MarsCat comes equipped with a 5MP camera in its nose that allows it to “see” everything that’s around it, as well as a built-in microphone for voice recognition and a loudspeaker that lets it play cat “meowing” sounds.

Its sixteen (x16) servo motors power it up, allowing it to move around – these control angles, speed, torque, ID, and receive area data. Its OLED eye gives it a lifelike look, its distance sensor allows the MarsCat to detect objects and its six capacitive touch sensors allow it to scratch itself, as well as touch and interact with you and any surrounding objects.

The company stated users would get around two to three hours of battery life when performing “constant interactions”.

Contrarily to always interacting with the MarsCat, leaving it by itself most of the time will offer up to five hours of battery life for low battery usage. These would be situations like when your MarsCat is lying down or sitting without powering it off.

Elephant Robotics says your interactions with MarsCat will shape its personality. For example, if you talk with your MarsCat a lot, the smart robot cat will apparently meow at you more often in response.

The company also declared that the MarsCat can recognize around 20 different keywords.

Elephant Robotics CEO Joey Song stated that the MarsCat can easily recognize different commands for the same purpose, which different people might use to express themselves. For example, saying “come” or “come here” would result in the MarsCat acting exactly the same way, while still recognizing both keywords.

If you want to change the MarsCat’s behaviors yourself, Elephant Robotics says you’ll be able to program actions for it using an open API and its Raspberry Pi.

While there still isn’t a place where developers can upload and share their programmed codes, Song assured that by the time the company starts shipping the first MarsCat robot cats to its Kickstarter backers, developers will then have a page for it at Elephant Robotics’ official website.

The robot cat is powered by a Raspberry Pi 3 and was built on an open source platform, allowing users with enough programming knowledge to program their own MarsCat easily.

This means users can program and give their MarsCat new cat-like behaviors, which ultimately leads to endless possibilities. Apart from its Raspberry Pi kit, the MarsCat also integrates open source modules like vision and haptic, a microcontroller, a gyro sensor and more.

The included Sensors (gyro sensor, touch sensor and distance sensor) allow the MarsCat to move around and touch things, while its A.I. Technology process all data and triggers all of its output actions. These actions include the movements generated by its 16 motors and kinematics, as well as eye-display and all sound effects.

For example, users with decent programming skills can customize their own MarsCat’s eyeball with a regular eye color, a blink, a heart, a lightning or anything else they can think of. The API is quite easy to use. All you have to do is upload a simple 128×128 .png/.jpg file and you’re mostly done.

All of this allows users with enough programming knowledge to make an incredible smart MarsCat on their own.

The MarsCat is a unique cat robot. From its eyes, body to personality, the MarsCat has a total of 6 different character traits that can be changed.

She might become enthusiastic or aloof, as well as energetic or lazy, or even extremely social or super shy. Her personality will always develop with user’s interactions and will depend a lot on the way you pet her.

The Elephant Robotics MarsCat Robot-Cat is a brand-new smart A.I. enabled robot cat pet that changes and develops its own personality by the way you interact with her.

The MarsCat comes equipped with a ton of servo motors and sensors that allow it to move around, a high-quality camera that allows it to see, a loudspeaker and microphone that allows users to communicate with her, and OLED eyes that give it a life-like look.

The best part about it is that the MarsCat was developed on an open platform, which means that anyone with deep programming skills can develop it even further and program it to make it even smarter.

Each unit will cost $649 for the first 100 backers. The future cost per unit will depend on how many people have already backed it. If you decide to be one of those first 100 backers, the company estimated that you’ll get your MarsCat delivered to your house around March 2020. Future backers will get their MarsCats a bit later in 2020.

Elephant Robotics also stated that when sales for its MarsCat are officially open each unit would be priced around $1,299. While that may seem expensive keep in mind that Sony’s Aibo robot dog is currently priced at $2,899.99 per unit.

The main thing we can learn from this is that robot pets don’t come cheap, but like all new technology, as time goes on, prices slowly go down. 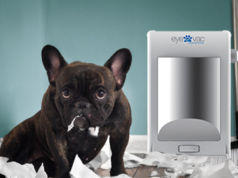 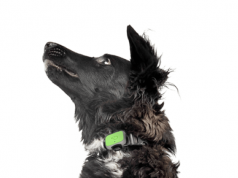 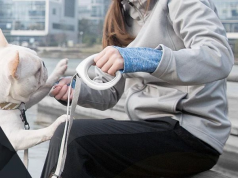