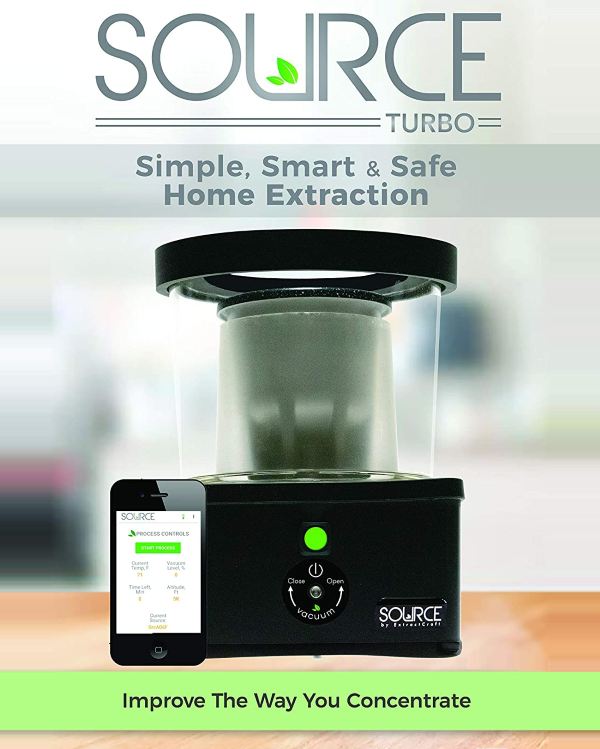 Essential oils are the liquids that are isolated from plants after those are introduced to solvents. Basically, essential oils are like liquefied versions of pretty much any plant that you can think of. To get the essential oil of a plant, one must obviously use an extraction method, and that can include Steam Distillation, Solvent Extraction, CO2 Extraction, Maceration, Enfleurage, Cold Press Extraction, or even Water Distillation. While some of these methods can be performed at home by using either a standard Electronic Countertop Kitchen Oil Press, or instead, a ton (and I literally mean a ton) of kitchenware/kitchen tools, extracting essential oils of any plant at home can be quite the task. First of all, most times the process is not entirely effective, and furthermore, using regular/standard kitchenware to extract essential oils is a lot of hard work, as well as extremely tedious, not to mention super messy if I might add, as once you’re done, there’s a lot of cleaning to do. However, all these problems can be avoided by using something like the ExtractCraft Source Turbo, which making extracting oils from your favorite plants a simple and easy task.

The Source Turbo is the world’s first closed loop, vacuum sealed, kitchen extraction appliance for creating oils, concentrates and extracts from any botanical ingredient you can think of.

Basically, the ExtractCraft Source Turbo is a smart botanical extraction device for essential oils extraction that offers its users a safer and easier way to extract essential oils from pretty much any plant-based ingredient you have (or might have) around (and yes, that includes Medical Marijuana).

As such, this ingenious device can ultimately be used for a ton of different scenarios. For example, the Source Turbo allows home brewers to take their favorite brews to new heights, but it also allows gardeners to use their herbs in new and exciting ways.

Not only that, but it also allows botanical therapists to compound select whole ingredients and even allows medicinal users (Medicinal Marijuana or any other plant-based healing therapy) to ensure they get the maximum potency and purity of their plant-based medicines.

Now, let’s take a more detailed look at the ExtractCraft Source Turbo and check everything that this awesome smart essential-oils extraction device has to offer.

The ExtractCraft Source Turbo also features a very sleek and simple design, allowing this awesome kitchen extraction appliance to seamlessly blend in with all of your other kitchen appliances within your kitchen countertop.

The device is made of very durable materials which pretty much ensure that the unit has a longer lifespan.

Not only that, but the Source Turbo also comes equipped with non-slide feet (supports) at its base which ensures that the device doesn’t dance around your whole kitchen countertop during its operation (and the same goes for any accidental bump while moving other kitchen appliances around it).

The ExtractCraft Source Turbo also features a super simple interface that’s very easy to read, which ultimately makes it very intuitive to use.

Then, above the Control Panel, there’s a single green LED button that displays if the unit is connected to power or not, but this button also has a bit more to it. It can also be used to set the unit’s operation-altitude (which is based on sea level).

Holding the button down for a full 10 seconds allows the unit to reset its altitude to 0 (zero). The unit’s LED will then start flashing to let you know that you need to re-configure its altitude.

With each button press you can increase the unit’s altitude by increments of 1.000 ft (altitude).

The ExtractCraft Source Turbo is basically an ethanol recovery system for botanical extraction, which works as a Closed Loop, meaning a vacuum sealed system. 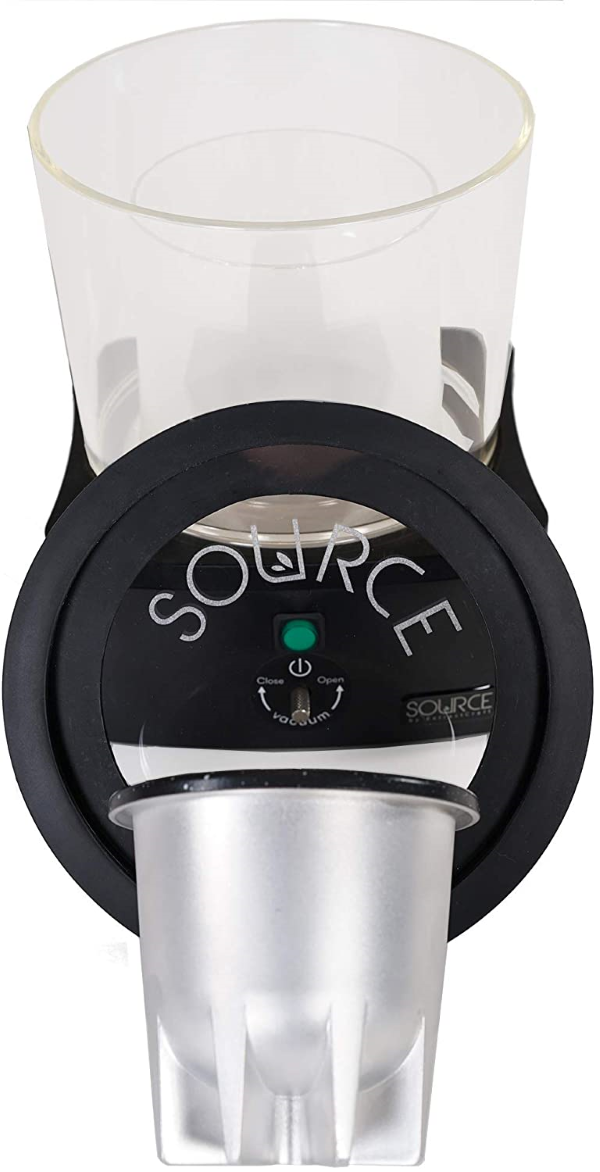 This system works at somewhat low “cooking” temperatures (105°F/40.55ºC), as this is what allows the device to reclaim exactly 95% of the alcohol used during its “Oil Extraction” process. This basically means that only 5% of the alcohol used is lost to spillage, condensation, and venting while the system’s vac pump is running.

Additionally, there’s also no smell whatsoever during the unit’s operation, meaning that you won’t have to deal with any loose vapors – or even the somewhat common use of toxic chemicals to make at-home plant-based extracted essential oils.

The odor from the machine during its operation is almost zero, meaning barely noticeable at all – really, you’ll have to stand somewhat close to notice any smell. This is because, as mentioned before, the unit works under a vacuum system and contains almost all of the vapor inside of the machine, and as such, nearly nothing makes it out until you actually open the device.

Thanks to the Source Turbo’s easy oil extraction, pretty much anyone can make oils at home, and that includes any oils from your favorite botanicals, herbs and even spices.

To use the ExtractCraft Source Turbo in the most effective way possible, make sure that you only use 190 proof food-grade non-denatured alcohol to pull the oils from your selected plant material/ingredient (and this goes for pretty much any plant, CBD-based or not).

After straining and filtering the alcohol tincture, add it to the crucible within the Source Turbo.

Then, during the unit’s operation, the device will combine its vacuum system with a gentle heat (105°F/40.55ºC), which will basically cause the alcohol of choice to be evaporated, re-condensed, and then reclaimed within the system’s collector globe.

As soon as all that alcohol has evaporated, you’re only left off with a pure and concentrated essential oil of your extracted botanical ingredient.

By using the ExtractCraft Source Turbo you can create absolute oils from your favorite botanical ingredients, and that goes for hops, lavender, or even mushrooms.

Inside each package users will find: their ExtractCraft Source Turbo device, an included Platinum Grade Silicone Mat as well as two (x2) Silicone Storage Containers, and the User Manual.

THE SMARTPHONE APP – The Source App

While the ExtractCraft Source Turbo doesn’t really need its proprietary App for its operation to be ensured, the App is still free to download for both iOS and Android devices.

By using the Source App, users can easily monitor the time, pressure, and temperature of the Source Turbo’s botanical extraction process via their Smartphones.

The ExtractCraft Source Turbo is a closed loop, vacuum sealed, kitchen extraction smart appliance for creating oils, concentrates and extracts from any botanical ingredient you want. This smart botanical extraction device offers its users a safer and easier way to extract essential oils from pretty much any plant-based ingredient (including Medical Marijuana).

It’s perfect for home brewers to take their home brews to new heights, for gardeners to use their herbs in new and exciting ways, for botanical therapists to compound select whole ingredients and even for medicinal users to ensure they always get the maximum potency and purity of their plant-based medicines.

With the ExtractCraft Source Turbo you can create healthy, natural extracts and concentrates from any botanical material you can think of, so the only limit you might have is literally your imagination.

Lastly, as the Source Turbo’s full operation can also be easily monitored via its Smartphone Companion App, this is the only at-home extraction appliance in the world that is made simple, smart, and safe for extracting your plant-based essential oils

All this makes the Source Turbo perfect for at-home botanical extractions.

If you’re interested in buying it, each unit is currently priced at $600. You can order yours online right now, directly from ExtractCraft’s official shopping page, which you can access by clicking here. 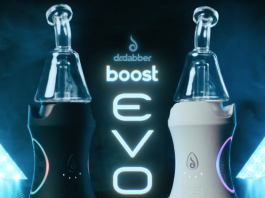 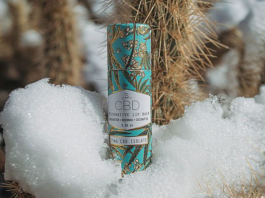 Tips To Preparing For The Winter With CBD 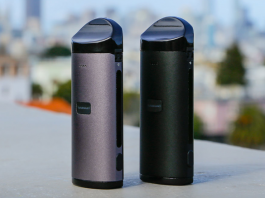