While most traditional alarm systems are limited to 8 or 12 zones, which ends up forcing installers to group multiple sensors together into a single zone, the Konnected Alarm Panel 2 is infinitely expandable.

As such, homeowners are allowed to have their own personal and customized visibility into each and every door, window, motion, and other sensor in their home.

Each Konnected Alarm Panel 2 6-Zone Conversion/Interface features a total of 6 zones per module and each module operates independently, which basically means that this traditional wired home security system conversion kit is infinitely expandable to an unlimited number of zones. As such, the system can be easily expanded at any time by simply adding more modules to your home’s old wired home security system.

This way, you end up saving hundreds, if not thousands of dollars while still ending up with a reliable way of getting a Smart Home security system.

Not only that, but the best part about it is that the Konnected Alarm Panel 2 is extremely easy to install, even for any one that isn’t super “tech savvy”, and this wired home security system kit even works with many different leading Smart Home platforms as well as with your favorite Voice Assistant.

Now, let’s have a more detailed look at the Konnected Alarm Panel 2 Wired Alarm System to see exactly how it works and what it has to offer.

THE BASE KIT – TWO DIFFERENT MODELS

First of all, it’s important to mention that the Konnected Alarm Panel 2 6-Zone Module comes in two different kits. There’s the Conversion Kit and the Interface Kit.

The Conversion Kit is the company’s most popular option, as it easily retrofits and replaces any old wired alarm security system and connects directly to that traditional security system’s sensors and siren, which should already be wired in your home.

First of all, the Konnected Alarm Panel 2 Conversion Kit was designed for homeowners that can’t be bothered with using their home’s the original alarm system, as well as for anyone that simply doesn’t want to use a traditional / “dumb” alarm system anymore.

The Konnected Alarm Panel 2 Conversion Kit offers any homeowner the simplest and cleanest installation of a Smart Home security system available on the market.

The same goes for any homeowner’s home that’s pre-wired but still doesn’t have an alarm system installed yet.

Lastly, the Conversion Kit is the perfect solution for any homeowner that’s looking to replace their security system’s original keypads with touch-screen tablets.

On the other hand, the company also has another model for its Konnected Alarm Panel 2 6-Zone Module, which is called the Interface Kit.

The Konnected Alarm Panel 2 Interface Kit is the perfect solution for any homeowner that still isn’t ready to give up their traditional security system, as this reliable and versatile solution is connected in parallel with any brand of wired alarm system.

As such, it easily syncs all “Smart Home security zones” in real-time to whatever Smart Home platform you’re using, and even allows you to arm/disarm and receive alert notifications remotely (ex: via your Smartphone and/or tablet).

Not only that, but the Alarm Panel 2 Interface Kit also gives you the ability to arm/disarm your home security system remotely (meaning via Smartphone/tablet).

Lastly, the Interface Kit allows you to get Smartphone/tablet notifications whenever your security alarm is triggered, thus allowing you to keep your current professional monitoring service running in parallel with the Alarm Panel 2.

So, here’s how the Konnected Alarm Panel 2 6-Zone Module is supposed to work:

Users start by removing their security system’s existing circuit board and replacing it with Konnected’s 6-Zone Module.

Each of the Alarm Panel 2 6-Zone Module’s port is supposed to correspond to a particular door/window sensor, smoke alarm, motion detector or other piece of home security hardware you already own. 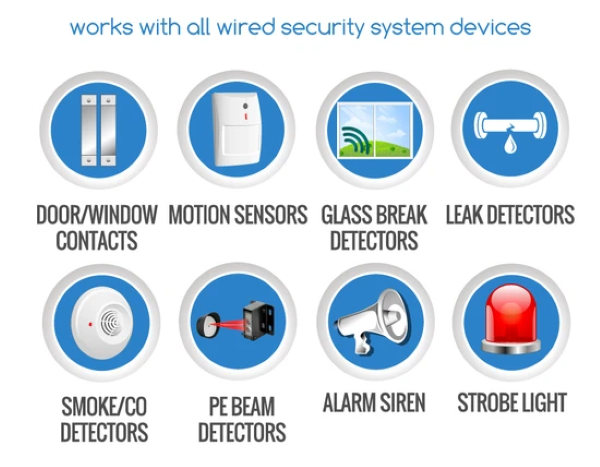 HOW TO INSTALL / SET UP?

While installing the Alarm Panel 2 6-Zone Module might look tricky at first, as it probably won’t sound like it’s the simplest Smart Home installation you’ll be doing in your life, in theory, it’s much easier than what you might be thinking. Basically it’s about the same as setting up a thermostat.

All you have to do is swap out the circuit board behind your old security system’s main control unit, install the Konnected Alarm Panel in its place and return the same wires to their corresponding ports, as that’s what will allow you to make your security sensors (Door and Window Sensors, PIR Motion Sensors, etc.) visible and actionable in your Smart Home App of choice. 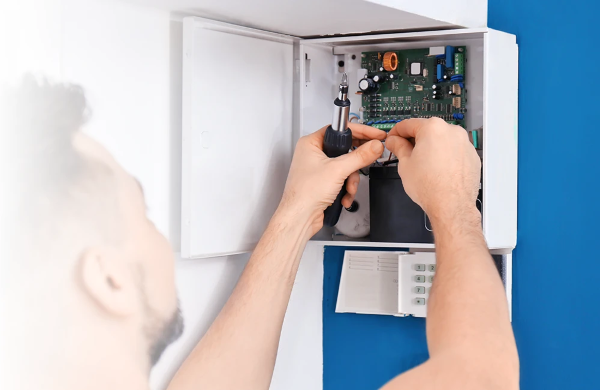 Not only that, but the best thing about this company is that Konnected has many experienced Customer Support personnel offers excellent customer support. Usually, the company’s helping staff will answer in just 1~2 days of requesting support, and even if you aren’t the “techs savvy” genius you’d hope to be, with the help of Konnected’s Customer Support staff members you’ll have no issues installing your Konnected Alarm Panel 2 6-Zone Module, which will take you just a few hours to get up and running.

According to the company, its Konnected Alarm Panel 2 is a catch-all for any type of wired home security system and “even systems 20+ years old work great”.

As such, the Konnected Alarm Panel 2 works as an easy DIY solution that will retrofit any old wired home security system to work with leading consumer smart home platforms, thus allowing you to monitor and control your security system’s sensors (Door and Window Sensors, PIR Motion Sensors, etc.) with Smart Home Apps like SmartThings, Home Assistant, Hubitat, OpenHAB, and more, as well as automate and interact with thousands of smart home products. 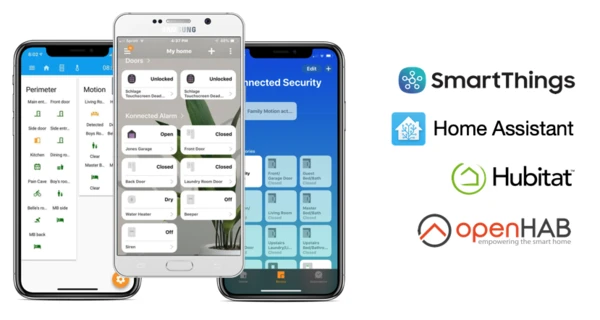 Not only that, but the system also supports many different Voice Assistants, including Amazon Alexa, Google Assistant and more, ultimately allowing you to get the quality of life you’ve been hoping to get without having the need to pay tons of money to upgrade to a state-of-the-art Smart Home security system. 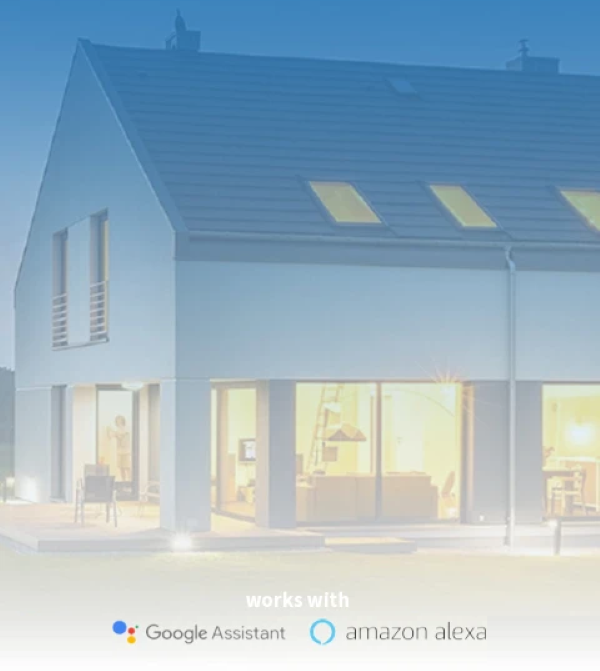 Best of all, the Alarm Panel 2 comes with no monthly fees whatsoever associated to it. It’s just a one time purchase that will offer you a similar solution that works like a Smart Home security system.

This way, you can control all of your previously “dumb” sensors remotely via Smartphone, tablet, and/or in-home Smart Control Panel.

Furthermore, it’s infinitely expandable, as all you have to do is install more modules to keep increasing the number of security zones you have around your Smart Home, but the best part is that is fully compatible with tons of Smart Home Apps and even offers support to several Voice Assistants.

If you’re looking to replace your old wired alarm security system to be able to control all of its sensors and sirens remotely, than you should go with the Konnected Alarm Panel 2 6-Zone Conversion Kit, which will cost you just $99 per 6-Zone Module Kit.

Clicking any of the provided links will take you to the corresponding shopping pages.

Emergence of Smart Speakers as Virtual Companions for Seniors