After the COVID-19 worldwide pandemic started, governments around the globe quickly declared mandatory curfew orders and strict-to-follow rules like 1-person shopping, the mandatory use of mask whenever going out, and obviously, the mandatory safety social distancing guidelines. However, when those rules were issued, there was one thing that wasn’t affected by the pandemic, and that was a person’s time spent alone meditating at home. Meditation can bring several benefits to a person’s mental health, including better focus and concentration, improved self-awareness and self-esteem, lower levels of stress and anxiety, and even fostering kindness. Furthermore, not only can meditation help people with their mental health, but it can also bring several benefits to your physical health, as it can improve your tolerance to pain and even help you to fight with substance addiction. That being said, for anyone out there that’s looking for a way to further improve their meditation time, the Muse S Meditation Headband might be exactly what you’re looking for.

The Muse S is an EEG (electroencephalogram) wearable that’s comfortable to use, working as a multi-sensor meditation device that utilizes built-in biosensors to measure your brain activity, heart rate, breathing, and body movements and then provides users with real-time feedback on all of that collected biometric data, which users can then use to build a consistent meditation practice.

This ingenious health gadget capitalizes on the award-winning neurofeedback that developed for both the Original Muse Headband and the Muse 2 Headband, and thanks to that Muse S Headband allows users to comfortably go from daytime use all the way down into their bedtime prep with Go-to-Sleep Journeys that will lull them to sleep.

Not only that, but after each meditation, users can use the headbands’ Smartphone Companion App (which is simply called the Muse App) to get a full report on how they did throughout their each of their meditation sessions.

Now, let’s take a more detailed look at the Muse S Meditation Headband and check everything that this ingenious meditation device has to offer.

Starting off with the headband’s size, the entire unit measures exactly 9.92 inches long by 2.48 inches wide by 2.44 inches tall, and the Muse S weighs exactly just 12.35 oz., which also makes it quite lightweight and easy-to-use without causing any discomfort, neck pain, or back pain.

The headband offers its users an adjustable fit on a wider variety of head sizes thanks to its adjustable strap, which makes it extremely comfortable to wear.

The company (Muse), really outdone themselves and came full circle when it comes to product design after first releasing its Original Muse Headband (the Muse S’s predecessor). Thanks to that, the company was able to bring all meditation enthusiasts an EEG (electroencephalogram) wearable that is flexible, comfortable to use, versatile and as modular as the Muse S Headband. 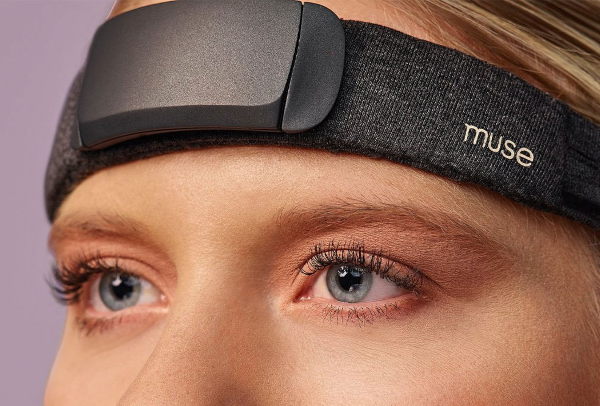 Furthermore, thanks to the unit’s compact and portable design, users can also take the Muse S headband with them to pretty much anywhere they’re looking to go next, including a nice family vacation, a business travel, etc. 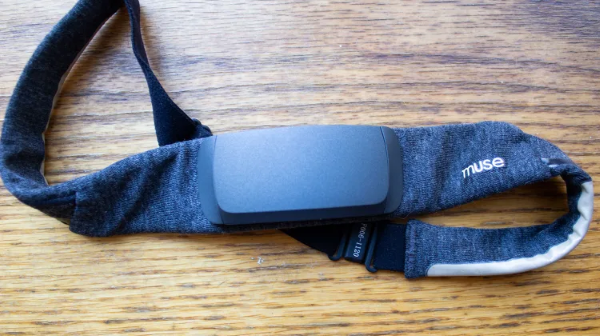 The headband can be easily folded up and packed away nicely in your purse, backpack, overnight bag or carry-on luggage, and thanks to that, you can always carry it with you, no matter where you go next so that you can ultimately minimize sleep disruptions while you’re traveling and away from home.

You’ll also be happy to know that the headband’s plush fabric is also washable, which is a great feature for anyone that’s looking to use the device on a regular basis. 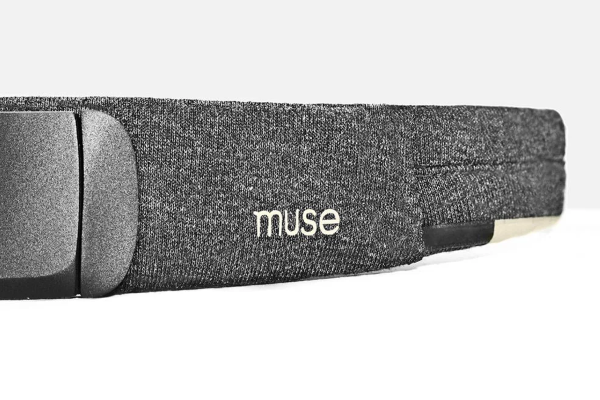 The Muse S Headband also comes equipped with several built-in electrodes that are used to measure a user’s brain activity, and those come protected by a thin protective film layer that can be removed after you unbox the headband. These are soft EEG sensors that can accurately detect your brain waves and measure your level of brain activity. 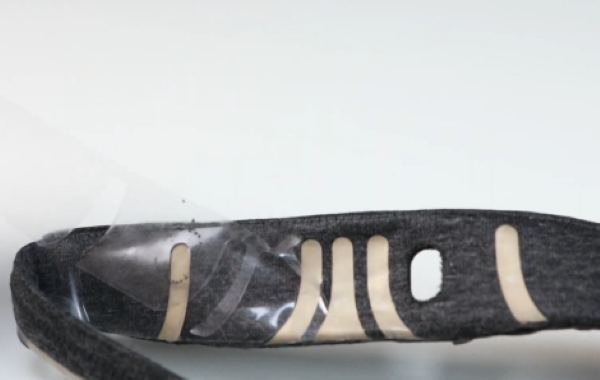 This wearable EEG headband works together with its proprietary detachable Modular and Rechargeable Battery Pod, which is what powers up the unit. 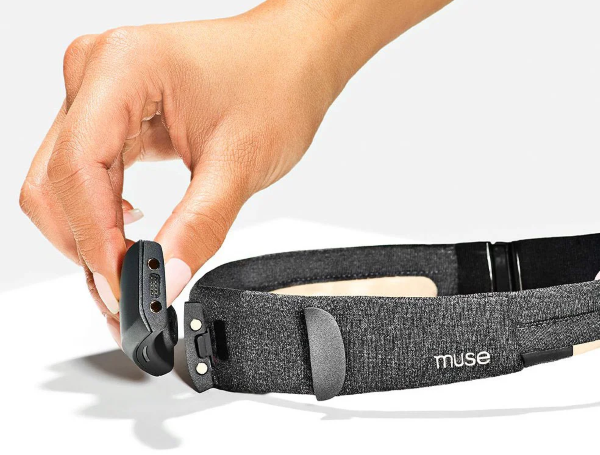 This Modular Battery Pod comes equipped with a small built-in Photoplethysmography (PPG) optical sensor that works as a standard heart rate monitor, meaning that this sensor is used in combination with the headband’s EEG sensors to simultaneously measure a user’s heart rate and brain activity. 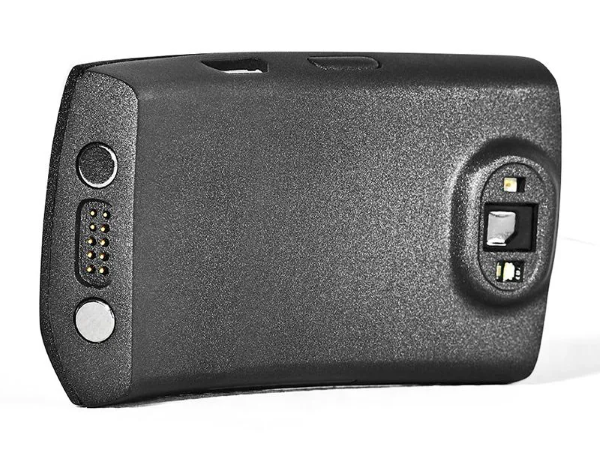 This PPG sensor features an enhanced signal quality, which consequently makes the Muse S Headband better than many other cheap heart-rate monitoring products available on the market. 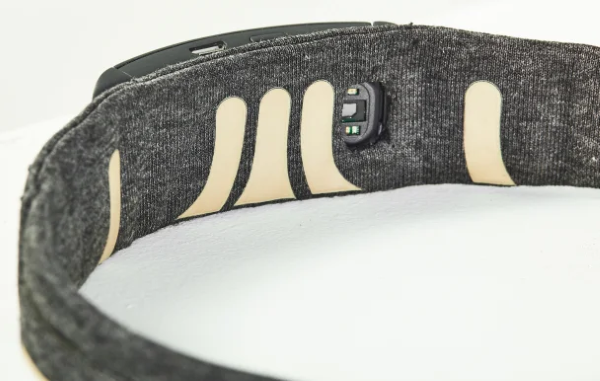 The headband’s detachable Modular and Rechargeable Lithium-Ion Battery Pod can ultimately offer up to 10 Hours of battery life.

Users can easily recharge the Modular Pod by connecting the included proprietary Charging Cable to the Pod’s Micro-USB Charging port. 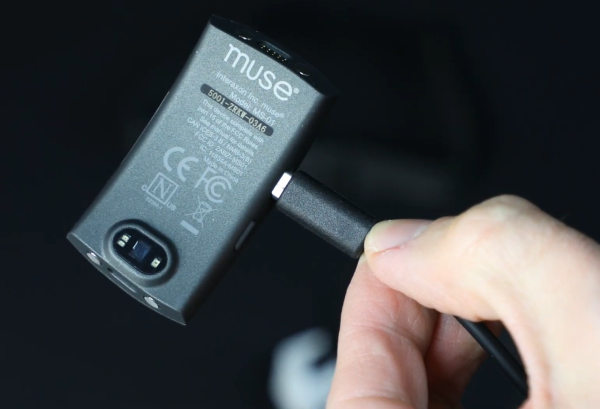 It’s also important to note that the headband’s Modular Pod also comes equipped with a small built-in LED, which works as an informative charging light that informs users about whenever the Pod is fully charged.

How does the Muse S Meditation Headband Works?

The Muse S Headband works by using a technology that’s called electroencephalography. While the headband’s EEG sensors can accurately detect a user’s electrical impulses (which are emitted by the user’s brain), the headband then uses that same collected biometric data (brain activity, heart rate, etc.) to detect how calm or active a wearer’s thoughts actually are.

This is that same standard method that doctors use to diagnose epilepsy and/or some specific sleep disorders to their “more nervous” patients.

In a hospital environment, electroencephalographs are administered by attaching metal electrodes to a patient’s scalp, but unlike those, the Muse S Headband’s simple design makes this wearable EEG headband device much more comfortable to use.

The flexible and soft fabric used in the Muse S Headband allows the unit to easily integrate its small Modular Battery Pod at the the front of the headband, and that same compact piece of hardware (the Modular Pod) can be easily detached for charging whenever it is low on battery.

It’s definitely an upgrade when compared to the Original Muse Headband, which was made from a stiff plastic material that was supposed to be hooked around a user’s ears like a pair of glasses.

After the device is strapped snugly around a user’s forehead, it will kinda feel like you’re wearing a comfortable sports sweatband, and that should most likely help users to forget that they’re wearing anything at all.

Then, all you have to do before you start meditating is to customize your experience, and that’s done within the Muse S Headband’s Smartphone Companion App (the Muse App), which we’ll discuss right ahead.

Since the Muse S Headband should be used together with its Smartphone Companion App, which is called the Muse App (available to download for free for both iOS 11 or higher, as well as for Android 5 or higher), it basically works via a Wireless Bluetooth Connection when connected to your Smartphone via Bluetooth 4.2.

Users also have the option to select Voice-based instructions, which are read aloud before each of your meditation sessions. Some of the exercises offered by the App are focused on a different aspect of meditation, and those can be breathing, sitting comfortably, or ultimately, dealing with distractions.

These Voice-based exercises will firstly prompt you to close your eyes and then allow your thoughts to wander freely, and that is what gives users a chance to calibrate the headband’s built-in sensors to then create a baseline for their brain activity.

As mentioned earlier, in addition to detecting brainwaves, the headband can also measure a user’s breathing rate, heart rate, and body movement, which should then help the App to display a complete and highly-detailed picture of each of your meditation sessions.

The Muse S band and its few accessories come neatly packed inside a slender white box. After opening up this white package, users will notice that their Muse S Headband set comes split into two separate boxes.

The first box contains the headband’s Modular and Rechargeable Battery Pod and its proprietary Charging Cable.

This second box contains the Muse S headband itself, which, as mentioned earlier, is made of a soft and washable fabric.

Users can comfortably and conveniently wear the Muse S headband at any time of the day to have this smart headband help them practice mindfulness and meditation and to build a more consistent meditation practice.

Overall, this is a revolutionary product like no other on the market. Not only is the Muse S Headband incredibly comfortable, but the fact that the company was able to integrate a ton soft EEG sensors that are combined with a small dedicated PPG optical sensor to respectively simultaneously measure a user’s brain activity and heart rate make this meditation gadget something that’s worth each and every dime.

If you’re interested in buying the Muse S Meditation Headband, each unit is currently going for $350. You can order yours online, directly from Muse’s official shopping page, which you can access by clicking this link.

The UVCare Portable Germinator 2.0 is a portable sterilization system that can be used to sterilize enclosed spaces by combining a UV-C Light with Ozone Technology. Overall, this is a very handy sterilization system to have with you at all times, as its built-in UV-C Light and its integrated Ozone Technology can make sure that you're everyday carry items, your car's glove compartment's stored items and even your purchased groceries items are always perfectly sterilized before use.
Read more
Health Gadgets

The Luster Premium White Pearl is a professional light dental-whitening system that can be used as a flexible teeth-whitening treatment solution to remove teeth discoloration by simply following quick 2-minute treatments. Overall, trying out this entire professional light dental-whitening system kit was a very fun experience. The kit is safe-to-follow and comes with guided user instructions that are very easy-to-follow. Additionally, after using it for just one week, you'll most likely start to see visible results and be proud to rock a pearly-white smile like all the celebrities you commonly see on TV and Social Media. With the Luster Premium White Pearl you'll have an affordable and clinically-proven safe-to-follow teeth-whitening method that you can start right from the comfort of your home.
Read more
Health Gadgets

The Acuva SOLARIX is a UV-LED Portable Disinfection Device that can be quickly used on any surface for a 99.9% disinfection method against the SARS-CoV-2 virus. By having an ultra-portable, easy-to-use and effective UV-light-based disinfection device like the Acuva SOLARIX with you in your daily routine, you can have peace-of-mind knowing that you're regularly used items and surfaces are perfectly clean and guaranteed to be germ-free and virus-free.
Read more
Health Gadgets

The Eyetamins blue blocker is a Dietary Blue Light Protection Supplement based on 8 powerful super nutrients that slows down the progress of age-related macular degeneration (AMD) and also reduces harmful effects of blue light from digital screens.
Read more