This next little handy gadget is perfect for anyone that’s looking for a more reliable way of interacting with their iPad, iPad Pro or iPad mini 5. When using these iOS devices, having a stylus pen provides you with a much easier and more reliable way of interacting with the capacitive touchscreen on your devices, and ultimately, allows you to be much more productive than when interacting with your device’s touchscreen by using just your fingertips. With that said, if you’re looking for a new Stylus Pen to use together with your iPad, iPad Pro or iPad mini 5, the ZAGG Pro Stylus is a great choice to go with.

The ZAGG Pro Stylus is a lightweight Stylus Pen for iPad devices that features an active front tip that’s used for drawing precise lines or taking notes and a universal capacitive back-end tip for scrolling through pages with ease, while also offering you up to 8 hours of battery life.

Even more, this Stylus Pen is also fully-compatible with several different Mobile Apps that support the Apple Pencil, so you have nothing to worry about on that end.

Lastly, thanks to its smart Palm Rejection Technology, users never have to worry about taking a quick break when they need to rest their dominant hand on their tablet’s screen, which means that whenever they’re using the Pro Stylus with their choice of iPad tablet, only the stylus pen itself will be registered by their device’s touchscreen.

Now, without any more delay, let’s have a detailed look at this super-sleek stylus pan for iPad devices and check everything that the ZAGG Pro Stylus has to offer you.

Starting with the stylus pen’s design, as mentioned earlier, the ZAGG Pro Stylus features a very compact design, coming at a very little size of just 6.65 inches long by 0.35 inches in diameter. Furthermore, and as mentioned before, this stylus pen for iPad devices is also extremely lightweight, as the unit only weighs a measly 0.035 lbs.

The ZAGG Pro Stylus was mainly designed with the purpose of allowing its users to increase their productivity when working with an iPad device (whether that’s an Pad, iPad Pro or iPad mini 5). With this stylus pen, iPad users can easily and quickly swipe through pages on their tablet without any struggle whatsoever. They can use this beautiful Pro Stylus to make notes, sketch, mark up documents. 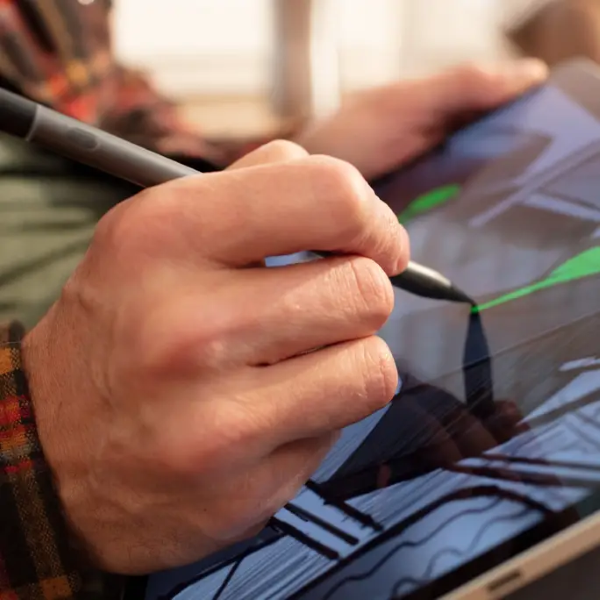 As said before, the ZAGG Pro Stylus comes equipped with an active front tip that can be used for accurately drawing smooth, yet super-precise lines and for marking up on important documents, or more simply, for just sketching and/or taking some quick notes.

Additionally, this stylus pen for iPad devices also integrates a universal capacitive back-end tip (on its opposite side) that can be conveniently used for scrolling through pages.

It’s also worth to note that the Pro Stylus also features tilt recognition, which means that you’ll be able to vary the width of your stroke, according to your needs or preferences.

Lastly, I’d also like to point out that the Pro Stylus can be magnetically attached to both the iPad Pro 11 and the iPad Pro 12.9. 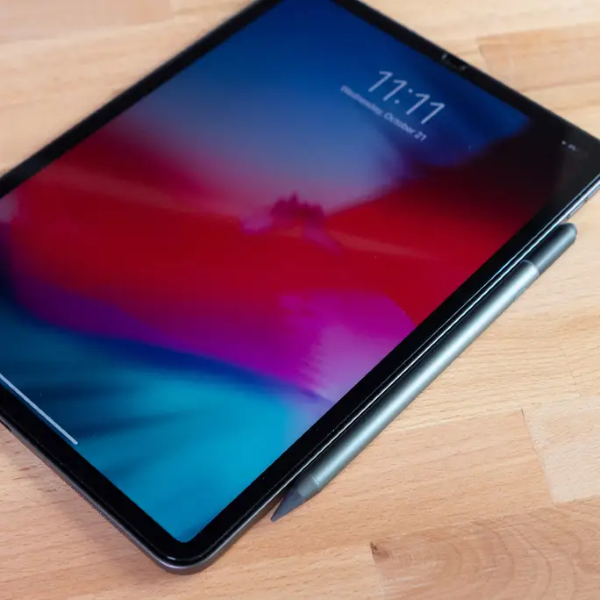 With that said, keep in mind that the Pro Stylus can be automatically paired with any of the iPad devices that were mentioned above, which is a really cool pairing feature to have, and overall, should make it very, very easy for you to use this stylus pen with your device.

Not only that, but as mentioned before, the Pro Stylus is also fully-compatible with many different Mobile Apps that support the Apple Pencil, so in case you were looking to go for the Apple Pencil, the ZAGG Pro Stylus would actually be a fairly decent – and more affordable – alternative.

Now, the way this stylus pen works is that the unit is simply powered by its built-in rechargeable battery, which is capable of offering you up to 8 hours of battery life.

To make the best out of the Pro Stylus’ internal battery, all you have to do is to switch the stylus pen to ON whenever you’re ready to work, and then simply switch its battery-power back to OFF to save same battery life. 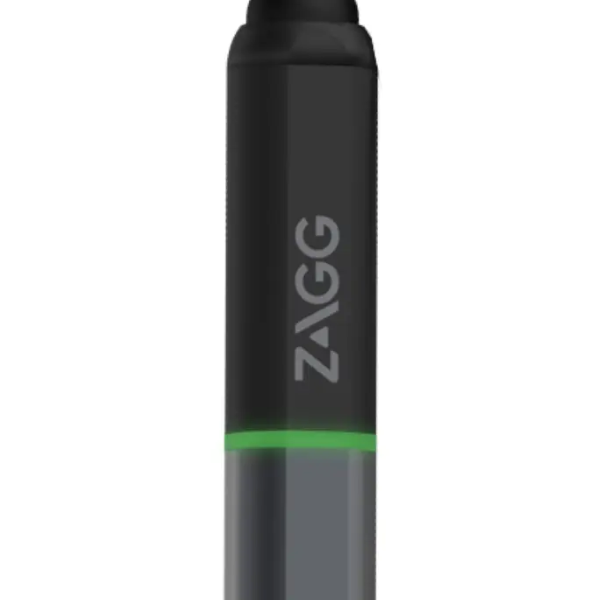 Speaking of saving its battery life, whenever the Pro Stylus runs out of power, you can simply connect its included USB-C Charging Cord to its USB-C Charging Port to have the unit’s built-in battery to start recharging, and that should only take you around 1 hour and 25 minutes to have its battery go from 0% to 100% power. 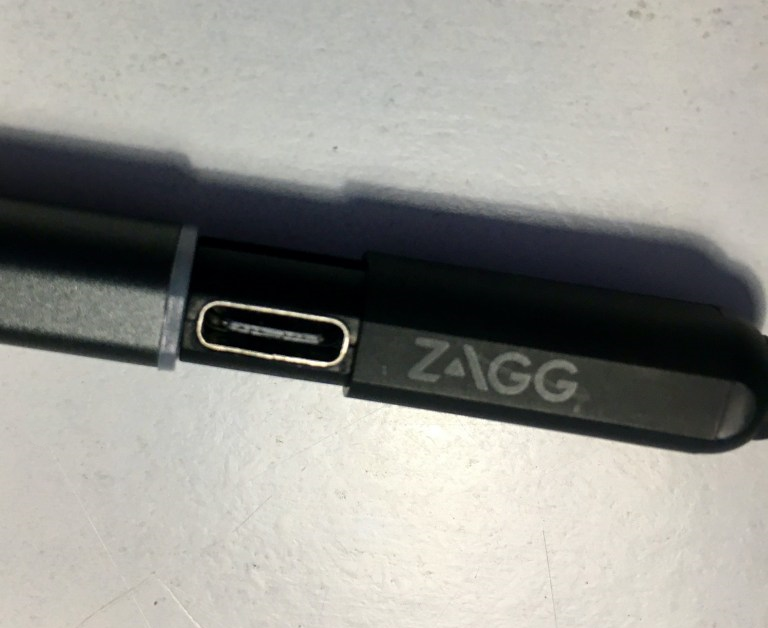 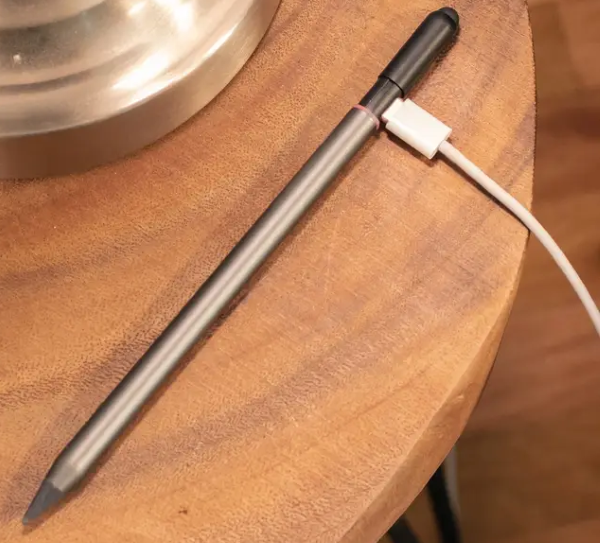 Lastly, and once again, I’d like to highlight that the Pro Stylus also integrates a smart Palm Rejection Technology, which ensures that users never have to worry about taking a quick break when they need to rest their dominant hand on their tablet’s screen.

Basically, this technology ensures that whenever you’re using the Pro Stylus with your iPad, only the stylus pen itself will be registered by the device’s touchscreen. 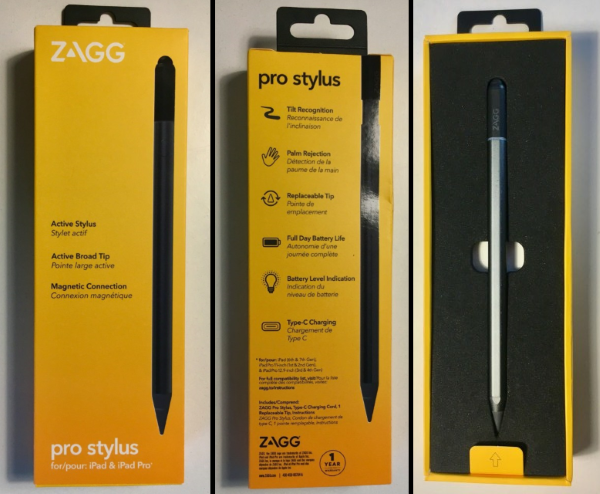 The ZAGG Pro Stylus is a lightweight Stylus Pen for iPad devices that features an active front tip that’s used for drawing precise lines or taking notes and a universal capacitive back-end tip for scrolling through pages with ease, while also offering you up to 8 hours of battery life.

Overall, this stylus pen for iPad devices is really handy gadget to have around when you’re looking to increase your productivity when working with an iPad. Furthermore, it’s a great alternative to the Apple Pencil, as it comes at a slightly cheaper (meaning more affordable) price-point.

If you’re interested in buying it, each unit is currently going for just $69.99 (making it a total of $30 cheaper than the Apple Pencil). You can order yours online right now, directly from ZAGG’s official shopping page, which you can access by clicking here.