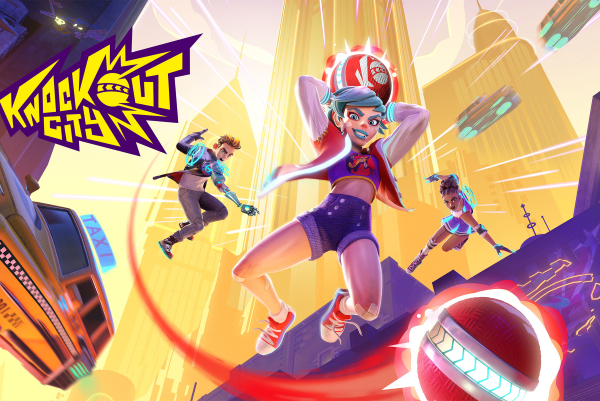 By now, it’s absolutely no secret that young audiences around the whole world simply love Fortnite. That’s basically because Epic Games’ sensational free-to-play Battle Royale game – which was revealed all the back during 2011 and then officially released on July 25, 2017 (with its Battle Royale mode finally launching on September 26, 2017) – features an awesome and very eye-catching gameplay that’s filled with bright colors, silly cartoony characters, and super fun dance moves. However, this cheerful, brightly colored, fast-paced and somewhat comedic Battle Royale game isn’t really as “kid-friendly” as some parents would hope for. That said, Electronic Arts’ newly announced Knockout City action video game will offer parents and their kids a much more kid-friendly video game alternative.

Now, while Fortnite’s Battle Royale matches don’t really have any gory scenes filled with blood and guts, Epic Games’ BR sensation is still played as a third-person shooter game, and as such, just like any other “shooter”, players are basically required to gun each other down with pistols, shotguns, assault rifles and snipers in order to ultimately win their matches, all while the ever-closing health-draining storm keeps shrinking down and continuously limiting the remaining safe playable area within the map, thus forcing player encounters and player fights.

Nevertheless, unlike Fortnite, Electronic Arts’ upcoming Knockout City action video game offers any concerned parents that want to keep their children’s innocence for a bit longer a perfect video-game alternative for their kids. To be a little more specific, this upcoming action “deathmatch” video game offers the same player-versus-player deathmatch concept that Fortnite does, but completely without the death-part.

That’s mainly because of the fact that Knockout City was developed by Velan Studios, which is the same super-creative team that was behind the development of Mario Kart Live: Home Circuit, and as such, the end result is a fun and goofy action video game that’s ultimately more kid-friendly than Fortnite.

In other words, Knockout City was designed as a reasonably fast-paced action dodgeball multiplayer game that aims to offer users of all ages a completely death-free and family-friendly environment.

The basic premise of the whole game is that two teams composed of three players each jump into a small map, and then opponents simply try to hit each other with rubber balls, just like in a real game of dodgeball. 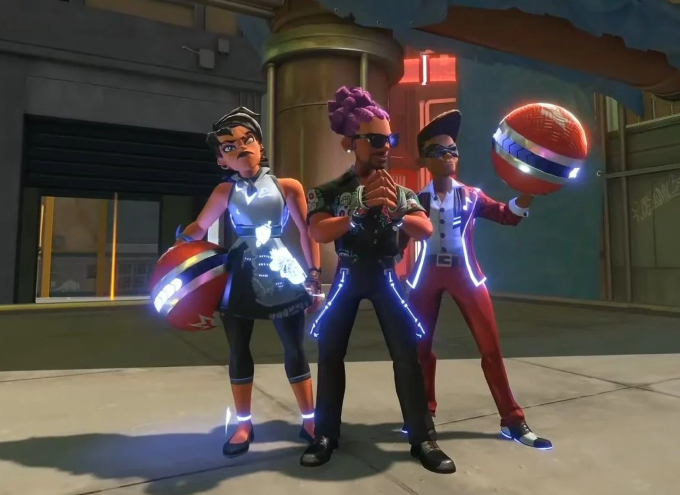 Now, the game’s ball-throwing gameplay is a very simple and incredibly streamlined process, as it was designed in a way that players of all ages can understand.

To throw a ball, players simply have to hold down the respective Throw-Ball Button/Hotkey and the ball will Automatically Lock onto the closest target, meaning that no aim is required. 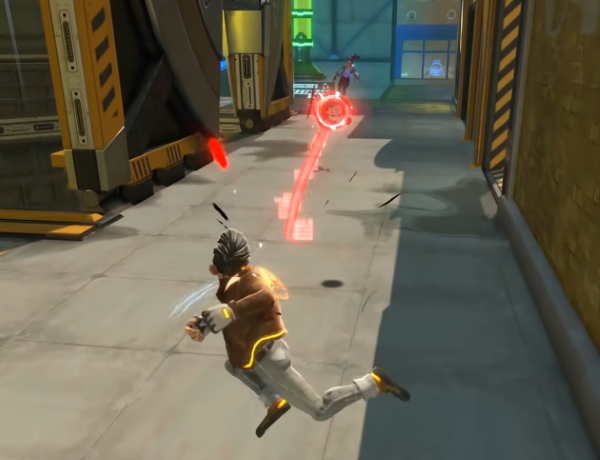 Now, for those looking to immediately start playing Knockout City and practice for a few hours a day to quickly start getting better, the skill-training / skill-gap part between the game’s entire community will be based on the fact that players also have additionally moves. First of all, players can also dodge their opponent’s thrown ball-shots. 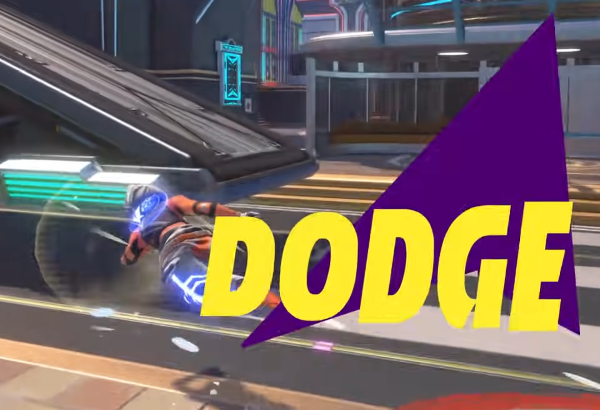 Not only that, but as a player, you can also try to tackle your opponents before they even try to hit your character, which causes them to drop their ball, thus allowing you to steal it by catching it mid-air and ultimately rewarding you with the opportunity of hitting them… WITH THEIR OWN BALL, that is!

Last but not least, players can also counter their opponents’ ball-throws by trying to catch the ball just moments before it hits their character, for which they can then throw it back to their opponent in order to score points for their team. 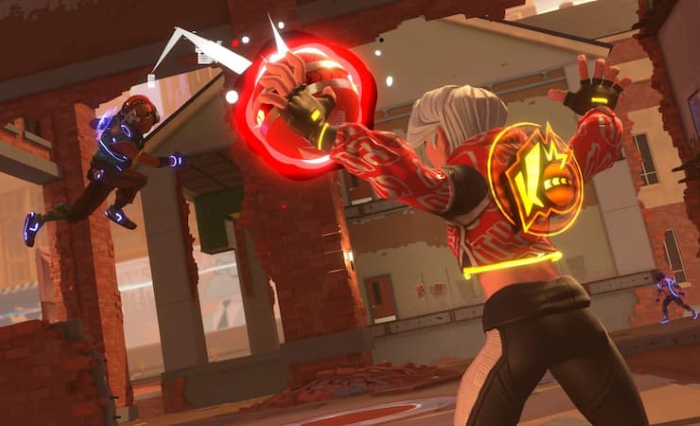 For the game’s point-system, knocking an opponent out gets you and your team one point. 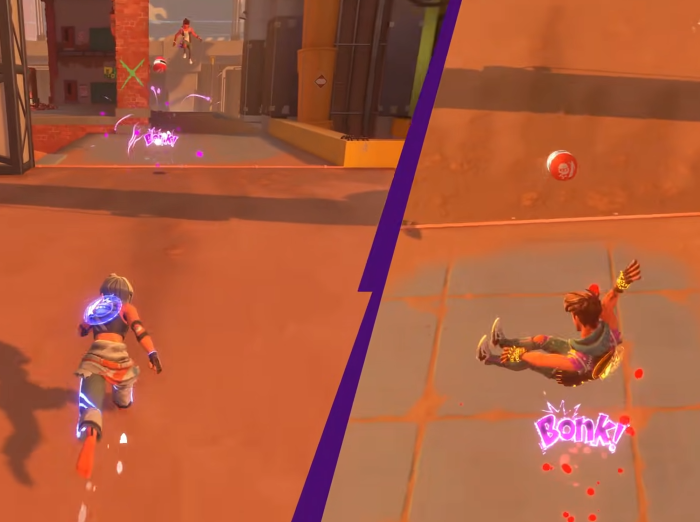 THE INSPIRATION BEHIND THE GAME

The reason why Velan Studios’ creative-team was inspired to chose a Dodgeball action video game as Knockout City’s gameplay-style was to allow them to offer the Gaming-world something entirely different from nowadays’ very-traditional shooter framework.

To put it simply, Knockout City is the perfect deconstruction of the genre, as it directly targets the main “fun-killing” issue behind any skill-based fps-game (like CS:GO, PUBG, and even Fortnite, as we’re at it), which is the fact that most of those other games run away from the main idea of the real fun-part about shooting a digital gun.

If those games are supposed to offer nothing but a fun-environment, that it should never be about the bullets, the loud noises, and how well you play, it should simply be about satisfaction that comes with landing a bullseye, just like you would in your typical “real-life” carnival game.

In fact, Mario creator Shigeru Miyamoto recently had a discussion about the exact same topic in an interview with The New Yorker, back in December 2020.

Simon Parkin, who was the reporter behind this interview, recalled an anecdote from the Nintendo 64 era, where Miyamoto had reportedly expressed “sadness” by Bond’s large kill-count in Goldeneye 007. In that interview, Miyamoto was asked by Parkin how he felt about how dominant the shooter is in today’s landscape, for which Miyamoto inadvertently answered that, contrarily to many of nowadays’ shooting games, that’s the exact appeal that Knockout City carries.

In his answer to the reporter’s question, Miyamoto explained his thoughts by saying: “I think humans are wired to experience joy when we throw a ball and hit a target, for example. That’s human nature. But, when it comes to video games, I have some resistance to focusing on this single source of pleasure. As human beings, we have many ways to experience fun. Ideally, game designers would explore those other ways.”

It’s important to note that Nintendo itself is no stranger to twisting the idea of a shooter into something non-violent. A great example of that would be its Splatoon Series, which easily takes part of the core gameplay of the “shooting” genre by simply replacing bullets with ink.

And just as expected, Knockout City ended up to be a very successful experiment for EA, one that even follows Splatoon’s famous example.

On a final note, while many shooter games end up gravitating towards the “classic” gun-based gameplay experience, Knockout City looks to outshine the currently existing competition that already came before it.

That said, we can look at EA’s upcoming Knockout City fast-paced action dodgeball multiplayer game as a unique and creative twist on the modern “shooter” games, which ultimately proves that there are still many different ways to approach this fan-packed genre. What’s still to be seen is whether or not this new game design will be able to captivate a large fan-base, just like Fortnite did for example.

For many, many years since we had the first shooter games coming out, fans of the genre were basically taught that guns were what made those popular shooter games so fun.

Still, if EA ultimately ends up having a surprise, yet successful launch of its upcoming “kid-friendly” game, Knockout City might ultimately come out to be the very-next Fortnite, which is something that everyone in the Gaming universe has been wondering about what game will be “That Next Game”.

How Technology Represents the Four Elements of Matter in Gaming