For anyone that has just started to try out PC Gaming, it can be a little bit overwhelming to choose your go-to gaming headset, especially when there are so many different models available on the market to choose from. That said, for any gaming enthusiasts out there that are just starting to get their feet wet on PC gaming and are looking for an affordable, yet still reliable gaming headset, consider going with the SteelSeries Arctis Prime.

The Arctis Prime is mainly focused on competitive play, as this esports gaming headset packs some of SteelSeries’ most premium elements from its Arctis line of headsets, but, unlike many of the headsets from that line, the Arctis Prime comes at a reasonably lower price point.

Now, note that while this high-fidelity gaming headset doesn’t integrate any flashy lights, some of the typical audio features like surround sound that more competitive gamers would look for, or even any SteelSeries Software integration, it still makes for a great entry-level gaming headset for gaming enthusiasts and competitive professional esports pros alike.

So, without any further ado, let’s have a more detailed look at the SteelSeries Arctis Prime and check out everything that makes this esports gaming headset so special.

So, starting with the Arctis Prime’s overall design, this esports gaming headset features a very simple and minimalist design. As mentioned before, this gaming headset also borrows a lot its visual features (as well as some of its audio features) from SteelSeries’ Arctis line of headsets.

Now, keep in mind that since the SteelSeries Arctis Prime is designed as a entry-level esports gaming headset, the two main focus points of its design are competitive gaming and comfort.

On that note, let’s talk about each of the headset’s several components. Starting with its ear cups, this esports gaming headset comes equipped with a set of leather-like Ear Cushions that are designed to offer you both long-lasting comfort as well as great noise-isolation. 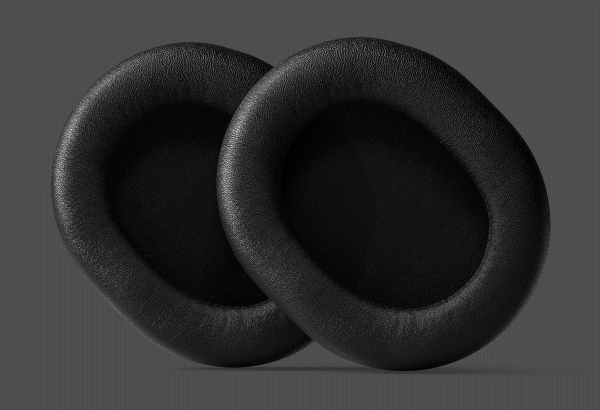 The headset’s leather-like Ear Cushions are reasonably large, which makes them very comfortable to wear both on top and around your ears, all without any discomfort whatsoever.

Not only that, but the headset’s ear cups can also be rotated both inwards and outwards to a reasonable extent, which just further ensures a more comfortable wearing experience. 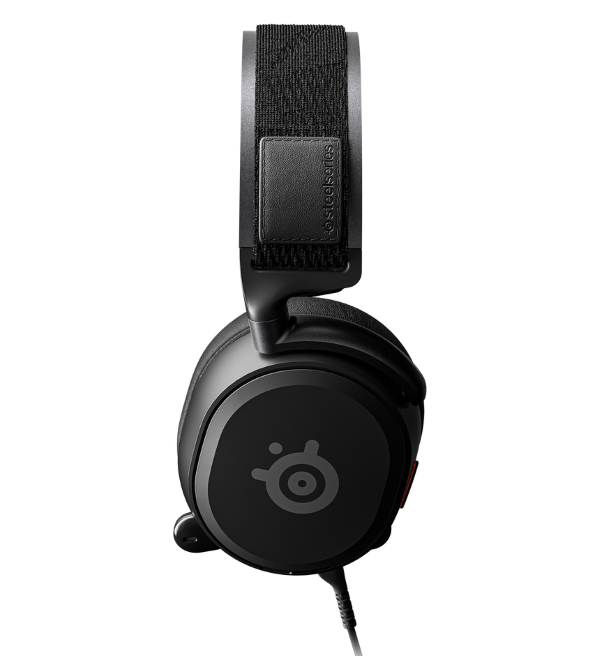 That said, this esports gaming headset is mainly constructed of aluminum alloy and steel, which not only ensures that you get a lightweight performance while wearing them for your gaming sessions (even during longer periods of time), but also helps to ensure that your comfort is never lost, meaning that you ears won’t end up hurting after longer gaming sessions (and that also goes for people with glasses). 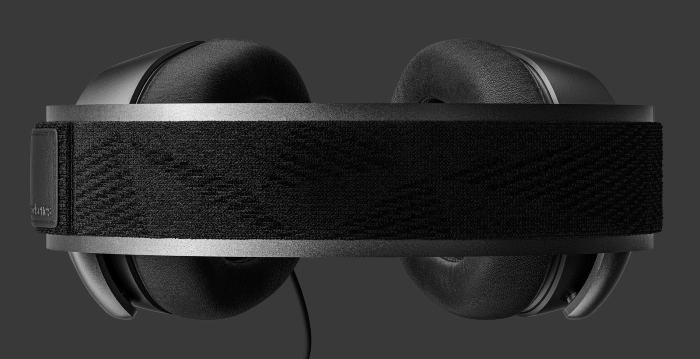 Last but not least, note that the headset’s Steel Headband is the same one found in SteelSeries’ Arctis 7, 9, and Pro headset models. As such, the Arctis Prime also integrates the same Ski Band Suspension System that’s found on those headset models.

Now, moving on to what every gaming enthusiast would really like to know, which would be none other than the headset’s Audio Specs and Audio Quality.

So, as mentioned earlier, this esports gaming headset comes equipped with a set of Advanced High-Fidelity 40 mm Neodymium Audio Drivers, which integrate the same premium hardware and tuning from the company’s Arctis Pro Gaming Headset. 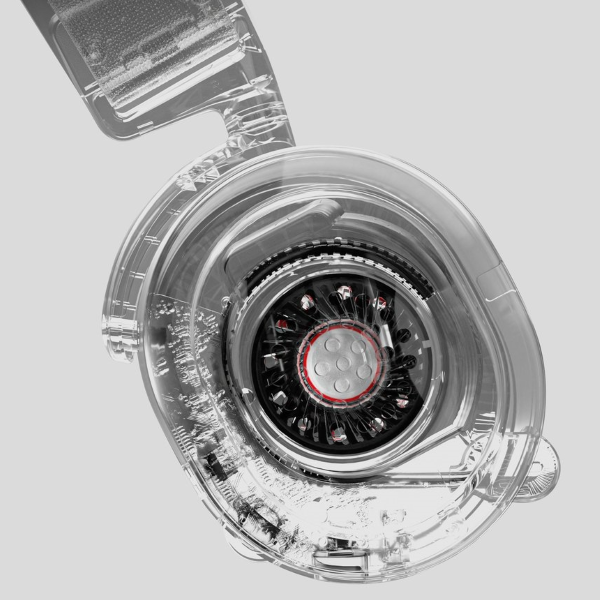 That said, I’d like to point out that the headset’s High-Fidelity Neodymium Audio Drivers feature a great Frequency Response that goes between 10 and 40,000 Hz with a Total Harmonic Distortion of just less than 1%, a Sound Impedance of 32 Ohm, and a Maximum Noise Sensitivity of 92 dB SPL.

In addition, this high-fidelity Esports gaming headset also comes equipped with a built-in Retractable ClearCast Boom Microphone that’s Discord-Certified, meaning that it offers your teammates exceptional Voice-Capture and Voice-Quality for your capture “Voice-Comms” and “in-game Callouts”. 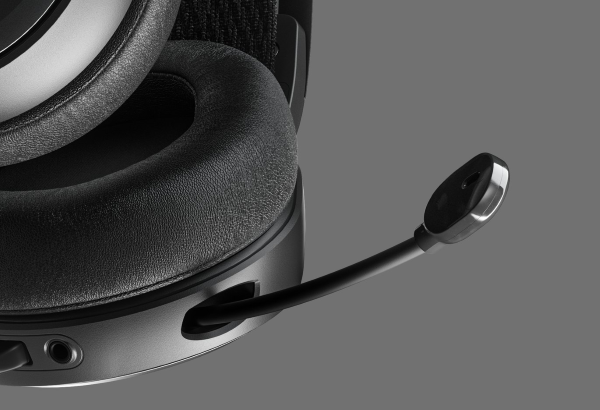 On that note, it’s also worth to mention that the headset’s Discord-Certified ClearCast Boom Microphone uses a unique Bi-Directional Noise-Canceling design that ultimately gives it a superior noise-cancellation capability, all just to ensure that your “Voice-Comms” are easy to hear and also sound perfectly crystal-clear and natural at all times.

The headset’s Retractable ClearCast Boom Microphone features a Frequency Response that goes between 100 and 10,000 Hz, a Sound Sensitivity of -38 dBV/Pa, and a Sound Impedance of exactly 2200 Ohm.

For the headset’s Controls, we have a very simple set of On-Headset Controls that come built directly into the Arctis Prime’s right-side ear cup.

These can be used to easily adjust the headset’s volume on-the-fly, as well as to mute the headset’s built-in Retractable Boom Microphone without having to fumble with the cable or any audio settings in the heat of battle.

That said, and as specified at the begging of the article, this esports gaming headset doesn’t feature any SteelSeries Software integration.

That basically means that if you’re looking to use these for more competitive gameplay to progressively climb a ladder system on games where you constantly need to listen the overall position, as well as footsteps, actions, and intentions of your opponents (for FPS games like CS:GO, Valorant, PUBG, or even Overwatch), the headset doesn’t really allow you to fine-tune its Audio Settings due to that already-mentioned lack of SteelSeries Software integration, which, for very competitive gamers, might ultimately be a disadvantage.

Last but not least, we’ll talk about the headset’s Connectivity options, which, for this case, is only one. That said, know that the Arctis Prime comes together with its dedicated Detachable 3.5mm Cable. 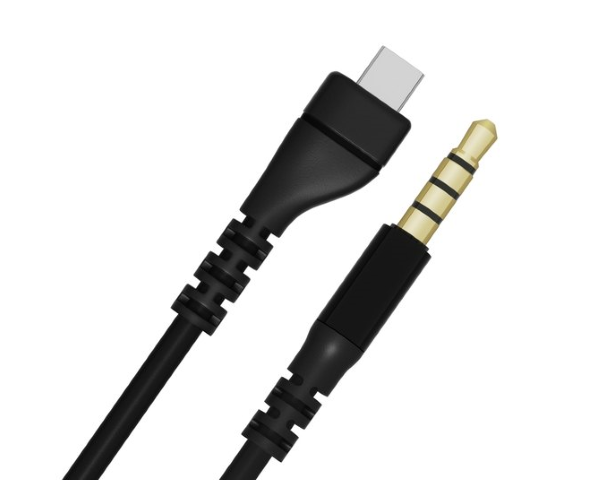 That ultimately makes this gaming headset compatible with all gaming platforms, including PC, as well as Xbox and PlayStation, and even the Nintendo Switch.

Inside each package, users will find: their Arctis Prime Headset, a 4-Pole 3.5mm Adapter, the headset’s Dual 3.5mm Extension Cable, a Microphone Windscreen (to cover up breathing sounds, etc.), and the headset’s Information Booklet.

While this high-fidelity gaming headset doesn’t integrate any flashy lights, some audio features like surround, or even any SteelSeries Software integration, it still makes for a great entry-level gaming headset for gaming enthusiasts and competitive professional esports pros alike, especially when accounting for its very affordable price.

If you’re looking to buy this gaming headset, know that the Arctis Prime headset is currently going for just $99.99, which makes it fairly affordable. You can order yours online right now, directly from SteelSeries’ official shopping page, which you can access via this link here.

The Jaybird Vista 2 are true wireless earbuds that feature great sound quality, along with Active Noise Cancellation, a Transparency Mode, a IP68 Waterproof Rating, Customizable Touch Controls, Bluetooth 5.0 Connectivity, Voice Assistant Support, a Customizable EQ Audio Profile, and up to 24 hours of battery life. Designed with an active lifestyle in mind, these ANC true wireless Bluetooth earbuds not only allow you to stay aware of your surroundings when necessary thanks to their Transparency Mode, but they can also have their ANC Mode enabled to reduce background noise when you're looking to stay focused during workouts, all while simultaneously enjoying your favorite tunes at any time. Featuring a really nice sound quality and a ton of quality-of-life features, these true wireless earbuds are perfect for listening to tunes during light workouts or even for performing high-intensity physical activities, all without ever having to worry about them coming off.
Read more
Headphones/Earphones

The SteelSeries Arctis 7+ are a pair of high-end wireless gaming headphones that are powered by SteelSeries's award-winning Arctis Sound Technology, while also featuring built-in On-Ear Controls, Loseless 2.4 GHz Wireless Audio, Multi-Platform compatibility, and up to 30 hours of battery life. Designed with a USB-C Multi-System (meaning Multi-Platform) Compatibility, these wireless gaming headphones can be used for gaming on PC, as well as for the PS5 and the PS4, for the Nintendo Switch, as well as for Android or iPads (via USB-C), and also for many other USB-enabled platforms. Best of all, Arctis 7+ users are also offered early access to SteelSeries Sonar (the company's all-new Audio Software), which enables 7.1 Surround Sound for the headphones, as well as unique sound features such as ChatMix and many more. All in all, these are some of the best wireless gaming headphones that you can currently get today.
Read more
Headphones/Earphones

The Atlantic Technology FS-BTWS582 are a pair of premium high-fidelity wireless stereo headphones that feature great sound quality, built-in controls, SKAA high-fidelity low latency wireless technology, as well as Bluetooth Connectivity for listening to music and performing voice calls, and up to 12 hours of battery life. Unlike the short wireless distances of up to 30 ft. or the limited coverage respectively offered by Bluetooth and Wi-Fi, the SKAA Wireless Audio Compatibility offered by the Atlantic Technology FS-BTWS582 ultimately makes these premium high-fidelity headphones compatible with any audio gear for music listening. Thanks to that, the FS-BTWS582 are capable of surpassing both Bluetooth and Wi-Fi sound performances with a CD-quality audio of 48 kHz x 16 bit stereo (at 20 Hz-20 kHz) for up to a 150 ft. distance and with a very small fixed latency of just 36 ms, all without suffering from Lip-Sync, Latency or any other sort of signal interference (which is common when using Bluetooth or Wi-Fi connections). The end result is an exceptional sound quality that's bound to exceed any listener’s expectations, and that ultimately ensures that the audio from your digital content can remain completely true to the original work created by the artist behind it.
Read more
Headphones/Earphones

The Nothing ear (1) are ultra-lightweight True Wireless in-ear earbuds that feature a unique transparent design, decent sound quality, ANC Mode and Transparent Mode, built-in Touch Controls, In-App Adjustable Sound Settings, and up to 34 hours of battery life. Best of all, these sleek True Wireless in-ear earbuds bring you all of these convenient quality-of-life functionalities at an extremely affordable price-tag. With them, you can enjoy all of your favorite tunes while simultaneously displaying a truly modern style.
Read more