If you love gaming on your smartphone, you’re not alone. These days, the mobile gaming market is on fire – and there’s no sign of it stopping. Apple, Samsung, Huawei, Sony, and all the other major phone brands have invested tons of money into developing and marketing their games. The reason for this is simple: they know it’s what the consumer wants.

Whether you’re a diehard iPhone user or loyal to Android, you’ll notice that the store is dominated by games if you open your App store. Sure, general apps are still popular, too – from TikTok to Twitter – but the demand for games is there for the eye to see.

With that said, here are 5 of the most exciting mobile gaming trends for you to look out for.

Recently, there has been a giant surge in online casino users. Moving into the future, the number of users is only going to continue to grow. Why? Because people want an added edge of excitement when gaming, which online casinos provide.

Plus, online casinos have evolved a lot. Now, they aren’t limited to just the classic games, like blackjack and roulette. In addition to these games, you have a wide range of new ones, too. For example, there’s Chicago Gold and Assassin Moon (just to name a couple).

To get started on your online casino journey, visit ca.royalvegascasino.com.

#2 Multiplayer games will continue to dominate

Let’s be honest; mobile games wouldn’t be as fun without multiplayer modes!

And, unsurprisingly, mobile games are showing no signs of slowing down. For the past several years, they’ve dominated the market and kept millions of people entertained.

PUBG Mobile – a multiplayer battle royale game – has captivated audiences the most. In the first half of 2021, PUBG grosses 832 million U.S. dollars, so you can expect to see this game continue thriving moving forward.

Also, games like Pokémon Go and Fortnite will also maintain their popularity.

#3 5G will grow in importance

Right now, most mobile users are either using 3G, 4G, or the more recent 5G (which is slowly rolling out). Of course, 5G is the best of the bunch, as it provides lower latency and increased bandwidth, which basically means you’ll never have to worry about lag or losing connection whilst in the middle of a game!

So, a trend you should expect to see is the migration of users from 3G and 4G over to 5G. Sure, it will cost a little extra, but the pay-off will be more than worth it!

In-app purchases have been popular for a while now, but you can expect them to become even more popular soon.

#5 The use of headsets and controllers

Console and PC gamers are obsessed with their gaming setups – but mobile gamers aren’t as interested. After all, all you need to do is pull your phone out of your pocket, load your game up, and jump right in. 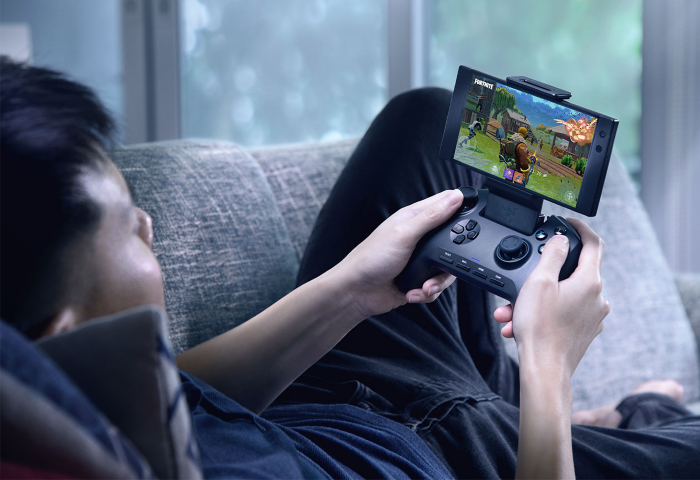 However, mobile gamers are slowly starting to invest more in their setups, primarily through buying headsets and Bluetooth controllers that they can equip to their phones. This enables them to play significantly better – as they have a stronger hold on their phone and can use buttons, rather than relying on a touchscreen.

How to Get Involved with Gaming

Nowadays, there are many different types of games available for everyone out there. So, if you're looking to get involved in gaming, here's how to do it.
Read more
Gaming

4 of the Best Gaming Keyboards

If you're looking for a new gaming keyboard to complete your gaming rig, then check out this list of the best gaming keyboards available for any budget.
Read more
Gaming

What headsets do famous YouTubers use?

Whether you're a YouTuber, a hardcore gamer, or a headphones enthusiast, having a good headset is a must. Here are the best headsets you can currently get.
Read more