Back in April 2022, Elon Musk was set to buy Twitter after making a seriously enticing monetary offer that the social media company just couldn’t refuse. Now, just a few months after that original Twitter purchase offer was proposed by Musk, what every Elon Musk fan was waiting for has finally happened. Elon Musk has officially closed his ownership deal with Twitter for a truly historical agreed sum of $44 billion, thus giving the renowned blue-bird social media platform a brand-new nest to rest its wings. 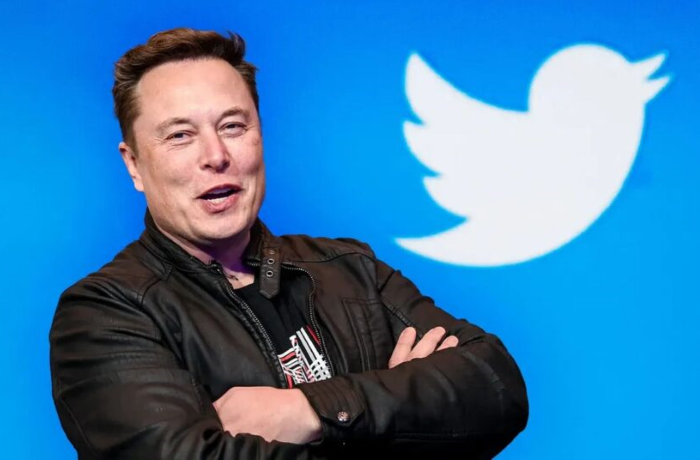 Amid his Twitter ownership deal, just a few hours before making it official and closing it for good, Mr. Musk decided to share a viral video of himself entering Twitter’s Headquarters in San Francisco, California while carrying an actual kitchen sink into the building while ironically announcing “Let That Sink In!”.

Musk’s Twitter bio has also been updated accordingly, as it now reflects his new purchase of the social media platform, where he now calls himself the “Chief Twit.” 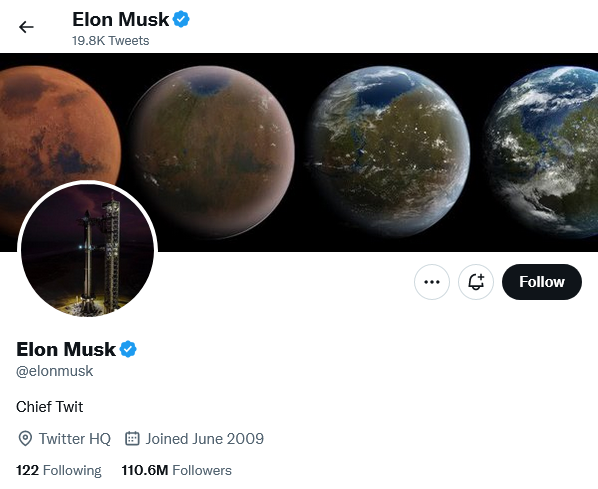 Still, it’s important to remember that Musk’s multi-billion-dollar purchase deal over Twitter’s ownership, which was finally made official this Thursday (October 27th, 2022), was only closed after what turned out to be a bitter acquisition, following a few months of drama and legal challenges that took place before the deal was actually closed, as Mr. Musk had first changed his mind about the original deal he made with the company, Twitter, Inc., after declaring that the deal he originally signed “no longer served his personal interests.”

Mr. Musk, who’s a self-described “free speech absolutist”, has mentioned multiple times that he mainly wants to make the social media platform a more freewheeling place for all types of commentary. Musk also mentioned that he would be looking to “reverse the permanent ban” of former President Donald J. Trump from the social media service if his deal over Twitter’s ownership would successfully go through. 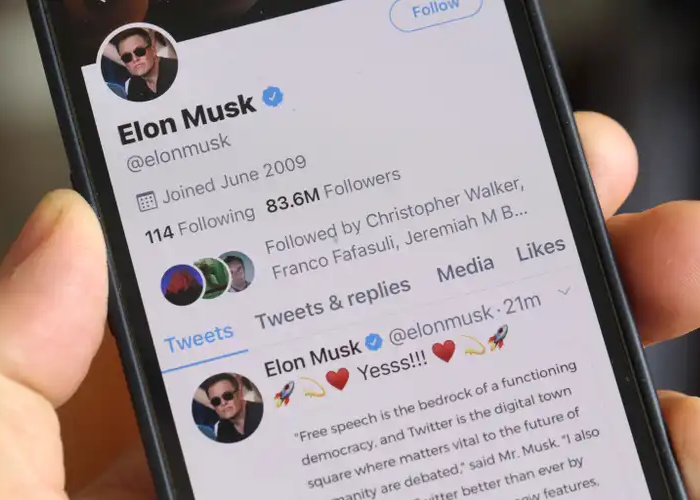 To celebrate his official ownership of the social media service in regards of the major importance and the high values of free speech, Musk posted a simple Tweet that cleverly announced to the world his deal with the company had finally been closed, simply saying: “the bird is freed”. 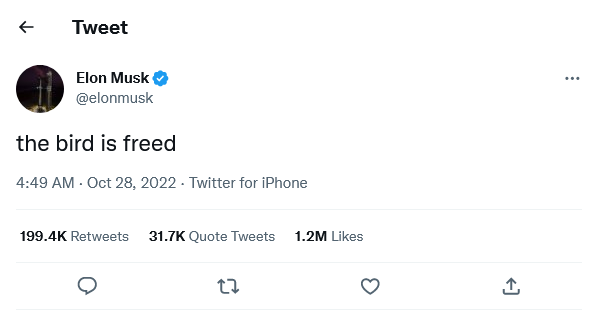 Now, when it comes to the extremely delicate subject of free speech, the notorious CEO of Tesla and also founder and CEO of SpaceX stated that he hopes his newly acquired social media platform “will continue to be a digital town square for years to come”.

Shortly after his acquisition of Twitter was made official, Musk explained his reasons for the $44 billion purchase, simply saying, “There is currently great danger that social media will splinter into far right wing and far left wing echo chambers that generate more hate and divide in our society.”

Musk then added to his statement, cleverly noting that “In the relentless pursuit of clicks, much of traditional media has fueled and catered to those polarized extremes, as they believe that is what brings in the money, but in doing so, the opportunity for dialogue is lost.”

After highlighting the negative impact that political feuds have over social media platforms, Musk concluded sharing his thoughts on the subject by saying “That is why I bought Twitter. I didn’t do it because it would be easy. I didn’t do it to make more money. I did it to try to help humanity, whom I love. And I do so with humility, recognizing that failure in pursuing this goal, despite our best efforts, is a very real possibility.”

The main issue that Twitter users could potentially face is that Mr. Musk’s open approach to free speech on Twitter could ultimately bring long simmering issues of toxic content and misinformation, which could severely affect political debates all over the world. 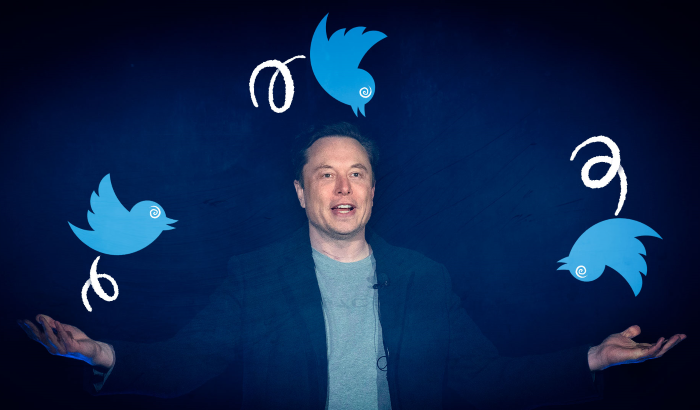 Regardless, Musk’s ideology of free speech on the platform will soon be put into practice within the next few weeks, as Brazil will soon be electing its new president, all while American voters will also be looking to go to the polls on Nov. 8 for USA’s midterm elections.

While Twitter, Inc. had originally stated that it would be prohibiting misleading claims both about voting as well as about the outcome of elections, that was before Mr. Musk owned it.

David Kaye, a law professor at the University of California, Irvine who had worked with the United Nations on issues of free speech recently commented on Mr. Musk’s reasons for his ownership deal of Twitter, pointing out that “There could be real-world consequences to his leadership. To the extent that world leaders see they have this space and it’s unmoderated, they could push to see how far they can go.”

With Musk’s ownership deal over Twitter finally closed, there has recently been a lot of talk about what Musk is planning to change within the social media platform now that he’s in charge.

While this deal all started with Musk’s concern about free speech being severely limited on the platform – with all recent signs suggesting that he’ll be loosening up free speech rules at a reasonable level as far as what’s acceptable to tweet out – Twitter’s now new owner didn’t come into the company without causing serious dissatisfaction amongst current employees.

According to a recent article published by The Washington Post, Musk had originally told prospective investors in his deal to buy the company that he planned to get rid of nearly 75% of Twitter’s 7,500 workers. This equates to approximately 5,600 employees, which would ultimately leave the company down to a very minimal staff of just over 2,000 workers, most likely leaving the social media company inoperable.

Therefore, that was probably just a marketing pitch from Musk to his investors, as he now made an announcement directed towards Twitter employees that he actually doesn’t plan to cut out 75% of the company’s work-force.

While we can only wait to see how the situation turns out, the fact is that Musk is now the one that calls the shots.

With all that said, it’s safe to say that both Twitter users as well as Twitter employees should all expect some major changes to take place, with one of the main concerns being whether or not the usage of Twitter will remain free. 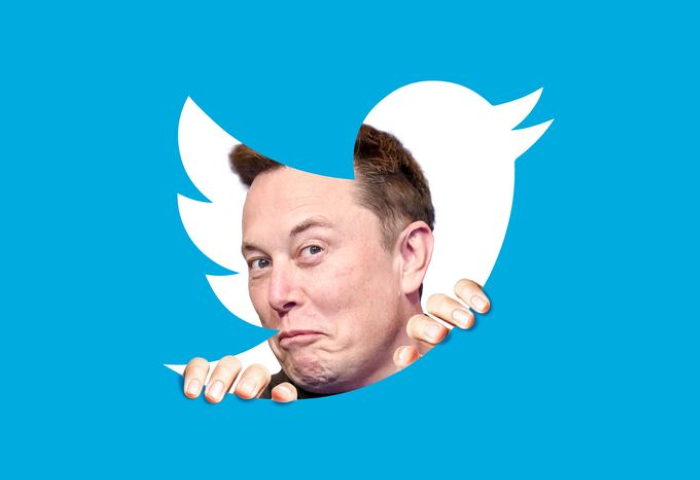 Now that Mr. Musk holds the company’s future on his hands, he obviously has to find a way to generate a significant amount of revenue in order to make his purchase of Twitter worth every penny, and also to make his co-financers happy, of course. If anything is certain, it’s none other than the fact that relying just on a business plan that focuses solely on promoted Ad-Buys for Tweets will surely not be enough.

João Matos
Soon after getting his Bachelor's degree in Computer Engineering, João Matos joined the GadgetGram team on May 2019. Since then, he has been working as the Content Director, with the main goal of publishing thorough reviews on all sorts of newly released tech-products. In addition, João has also been been working as a proficient News Writer and News Editor at Gadget Gram, as well as the Social Media Manager for the company's Facebook, Twitter and LinkedIn pages.
Previous articleArmored Fitness Equipment XPO Trainer 2 – Workout Wheeled Push Sled
Next articleDesktop Games That Should be on Smartphones

A RAM-only server is a VPN server that runs entirely on random access memory (RAM - Random Access Memory). Because RAM is “volatile memory”, all information is erased every time the server is turned off and on again.
Read more
Gadget News

Have you ever noticed those keyholes on doors that only open with a unique key? That's due to a physical access control cylinder system. Businesses and homes can restrict access to certain areas by using different keys for different doorways, providing an extra layer of security.
Read more