The Origami stroller power-folds itself open and shut at the touch of a button, and has a built-in generator that charges the battery with every step you take. You can even choose to add options like powered speakers for your MP3 player, daytime running lights, or an adapter to charge your mobile phone. 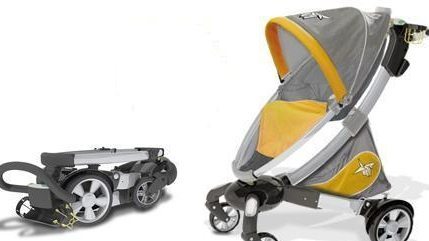 The Origami is a full-sized stroller, but once it’s folded it becomes incredibly compact at around 22lbs. You simply push a button and the stroller does all the back-breaking folding and unfolding work for you. Rather than alkaline batteries, it has an in-built generator that recharges itself as you walk. Walking about 300 feet will give your battery a full charge. You still have the option of plugging it into the wall or folding it manually. 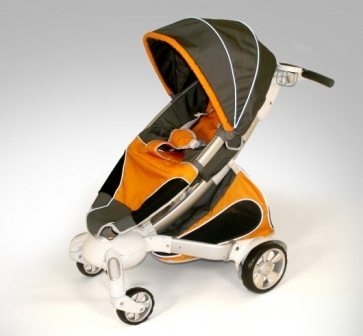 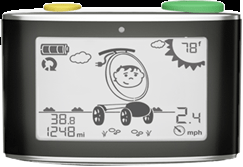 The Origami was designed by 4Moms. who took cues from juvenile safety consultants to ensure that the Origami met with every applicable standards for stroller safety. No word on pricing yet, but the Origami is expected to be released in Spring 2010.(www.4momsonline.com)