What started out as a communication device has quickly evolved to become a take anywhere entertainment apparatus and essential tool for work and play- the iPhone. So much so that many people feel panic-stricken if they accidentally leave their phone at home. Such separation anxiety could be even worse in the future with a patent filed by Apple suggesting that the company wants the iPhone to replace your house and car keys and wallet, thereby making it even more indispensable.

Nicknamed “iKey” the technology would see users entering a PIN code on the device (such as an iPhone) using an onscreen rotating combination lock and waving it over an electronic pad located beside a door to open it. The system relies on a new technology called Near Field Communication (NFC) – a short-range high frequency wireless communication technology primarily aimed at usage in mobile phones which enables the exchange of data between devices over about a 10 centimeter (around 4 inches) distance. 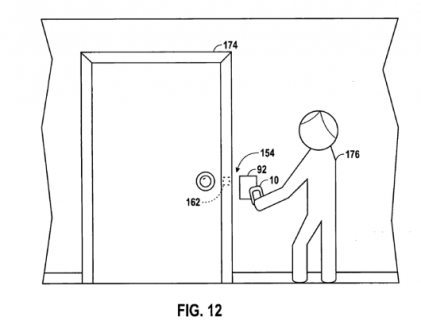 The NFC technology is a simple extension of the ISO/IEC 14443 proximity-card standard found in contactless card and RFID devices that combines the interface of a smartcard and a reader into a single device. An NFC device can communicate with both existing ISO/IEC 14443 smartcards and readers, as well as with other NFC devices, and is therefore compatible with existing contactless infrastructure already in use for many public transportation and payment systems. This means that an iKey device could also be used as a digital wallet.

Apple lists the iPhone as an example of a device that could use iKey technology, but the patent also says, “the external device may be any suitable electronic device such as a portable media player, personal data assistant or electronic lock that may be used to access a door, car, house or other physical area.” The iKey technology could also be used to lock/unlock a computer and transfer data between devices.

Many car manufacturers, including Mercedes, Lexus and Toyota, are already starting to install keyless entry systems for their vehicles through key fobs, and many public transportation systems around the world use or are implementing contactless card access entry systems. So presumably using an iKey device for such systems wouldn’t be that difficult to implement. Homes and offices, however, would need to have their existing locks replaced with electronic, computer-controlled locks.

The “iKey” patent is the second one to refer to NFC. The previous one filed in November 2009 detailed a simplified data transfer application called “Grab & Go” that was intended to allow the transfer of data between different kinds of devices just by tapping them together. It has been suggested that in such cases NFC could be used to pair the devices before initiating communication through a higher data rate channel such as 802.11x, 3G, HSDPA or Bluetooth. 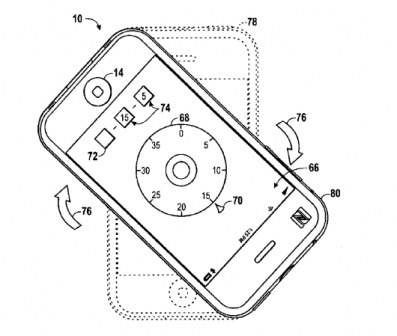 There is speculation that the upcoming 4G iPhone will contain iKey capabilities, and the Apple patent says any information that passes between the devices would be encrypte. (www.apple.com)

How Mobile Gambling Apps are Revolutionizing the Online Casino Industry

What to Consider Before Starting to Invest