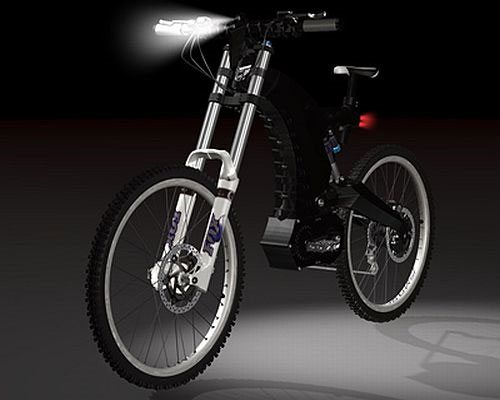 If you are well heeled and like electric bikes, we have one for your collection. The bike is from a company called M55 and it’s called the EVO-001. The bike features a single piece aluminum frame with an integrated battery pack and a motor.

The electric motor is placed for stability while riding. Two versions will be offered with a street legal version packing in a 250W motor and an off-road version boasting a 1300W motor. The bike can hit 43mph, though which version hits that speed is unknown. My money says the 1300W sport version though. To slow down the thing has Brembo disc brakes. The handmade bikes will be limited to 250 units and if you need to know how much it is, you can’t afford it.