Several Lumix cameras from Panasonic have been introduced, all with SDXC card compatibility and include a host of automated settings for auto-piliot-like functionality. Starting with the DMC- LX5, it features an ultra-bright, F2.0 ultra-wide-angle 24mm LEICA DC VARIO-SUMMICRON lens with 3.8x optical and 4x digital zoom. Like its predecessor, the LX3, the LX5 features a 10.1 megapixel CCD , as well as power optical image stabilization to help reduce image blur.  Its new Venus Engine FHD image processor offers improved processing speed and noise reduction. The LX5 also has a a 3-inch, 460,000 dot wide-angle LCD, LED backlighting and there’s the option of attaching a Live View Finder via the hot-shoe on top. The LX5 has a new 1:1 aspect setting, and it records AVCHD Lite high definition video in Motion JPEG format for double the recording time.  Available in black and white, the LX5 will be available in August for $499.95. 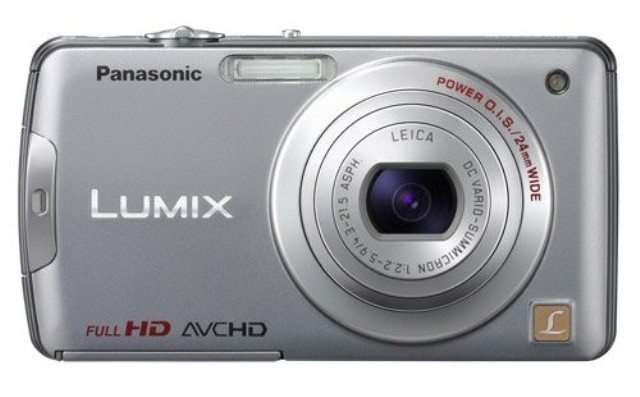 The new rugged DMC-TS10 is waterproof to about 10 feet, should withstand a drop from five feet and is dustproof and freezeproof, continuing to operate in temperatures as low as -10ºC/14ºF. And if that’s not enough, further protection is afforded by a special silicone jacket. The TS10 has a 14.1-megapixel CCD sensor with sensitivity from ISO80 right up to ISO6400 in the high sensitivity setting, a LUMIX DC VARIO lens with 4x optical and 4x digital zoom, and a dedicated Intelligent Auto button that makes it easy to engage this useful setting. Hand shake and motion blur is offered in the slightly less powerful form of mega optical image stabilization, and it sports 720p high definition video in Motion JPEG at 30 frames per second.

The 2.7-inch 230,000-dot LCD display has auto-light boosting technology to help users see clear images whatever the external light conditions and, it has an included High-Angle mode.  The DMC-TS10 will be available in blue, red, black and silver from mid-September for $249.95.

The Lumix DMC-FZ40 hybrid digital camera has a 25mm ultra-wide angle LEICA DC VARIO-ELMARIT lens with 24x optical zoom and a 14.1 megapixel CCD sensor with sensitivity ranging from ISO80 to ISO6400 in the high sensitivity setting. It als has an enhanced optical image stabilization technology to help eliminate blur, Intelligent Resolution, Intelligent Auto technology, and has the industry’s fastest high speed startup and auto-focus, thanks to its Sonic Speed Auto Focus. Like the LX5, it sports some creative controls like My Color, which you access to such things as Pin Hole, Film Grain, High Dynamic and High Dynamic B&W. 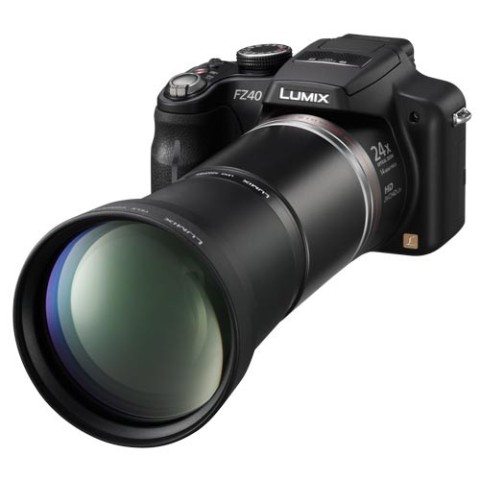 It records video in AVCHD Lite high definition format and has a dedicated instant record button atop the camera’s body. The useful in-camera Video Divide is featured, where you can perform limited edits using a split screen, and noise-reducing Wind Cut functionality. The 3-inch, 230,000-dot touchscreen LCD display provides you with a 100 percent field of view.  The Lumix DMC-FZ40 will be available towards the end of August for $399.95. 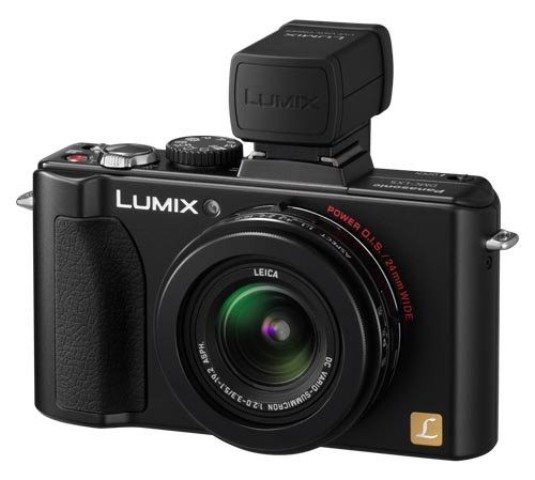 You get full 1080p high definition movie recording in a storage-friendly AVCHD format with the new Lumix DMC-FX700, which also features a new Venus Engine FHD image processor, Intelligent Resolution’s pixel-by-pixel image enhancement and Intelligent Auto with Motion Deblur functionality, to help capture sharp focus moving images. Enhanced optical image stabilization should help capture clear images through the 24mm ultra wide-angle F2.2 super bright LEICA DC VARIO-SUMMICRON lens with a 5x optical and 4x digital zoom, and in addition to 4:3, 3:2 and 16:9 aspect images, the FX700 also offers 1:1. There’s a 14.1 megapixel high resolution MOS sensor and a 3-inch, 230,000-dot touchscreen LCD display, which allows you to lock focus and track a subject by touching the image on the screen.  The Lumix DMC-FX700 will be available towards the end of August for $399.95. 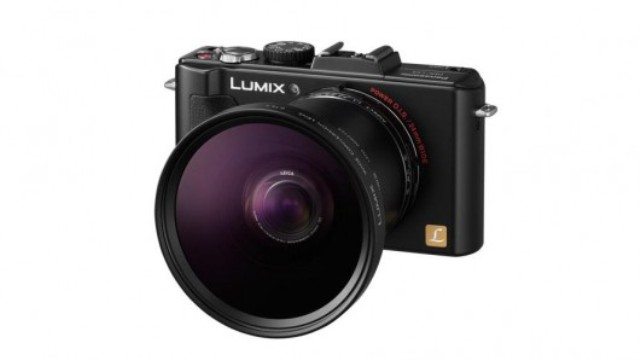 Finally, the new Lumix DMC-FZ100 has a free-angle, tilting, fold-out 3-inch, 460,000 dot LCD display, a 0.2-inch viewfinder and a newly developed LEICA DC VARIO-ELMARIT lens with 24x optical zoom. This hybrid compact camera also features a 14.1 megapixel MOS sensor with sensitivity ranging from ISO100 up to ISO6400 in the high sensitivity setting.  Also included in this high-end beauty are Intelligent Auto with Motion Deblur, power image stabilization and mechanical shutter, which offers a burst shooting speed of 11 frames per second at full resolution or up to 60 frames per second at 3.5 megapixels. The FZ100 also features Intelligent Burst shooting to automatically choose for you. Like the FX700, this camera can record full 1080p high definition video in AVCHD format and as well as Dolby Digital Stereo Creator and Wind Cut.  The FZ100 also features a newly-created port for an optional stereo microphone.  The new Lumix DMC-FZ100 should be available towards the end of August for $499.95.  Go to the Pansonic website for additional information.