Twitter has announced that its official website will be getting a heavy
renovation. Aside from a cleaner, two-column layout, the new looks will also
pack new functions, including Media. Now, it’s easy to see embedded photos
and videos directly on Twitter, thanks to partnerships with DailyBooth,
DeviantART, Etsy, Flickr, Justin.TV, Kickstarter, Kiva, Photozou, Plixi,
Twitgoo, TwitPic, TwitVid, USTREAM, Vimeo, yfrog, and YouTube. 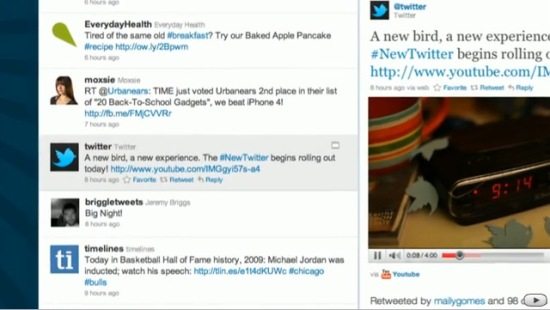 When you click a Tweet, the details panel shows additional information
related to the author or subject. Depending on the Tweet’s content, you may
see: replies, other Tweets by that user, a map of where a geotagged Tweet
was sent from, and more.  Another feature called “Mini Profiles” allows you
to click a username to see a mini profile without navigating from the page,
which provides quick access to account information, including bio and recent
Tweets.
The new layout, which also provides infinite scrolling, will be rolling out
to a small percentage of users, and the vast majority of users in the next
few weeks.

If you have sensitive skin, you're no stranger to the fact that finding personal care products that are gentle on the skin are hard...
Read more
Gadget News

The Harman Kardon MS 150 is equipped with a CD player, Alarm Clock, FM tuner with RDS and a docking station for iPod and iPhoneHarman Kardon has introduced a sleek...
Read more
Media Gadgets