Apple updates MacBook Air with Core i5 & i7 processors

Apple adds Core i5 and i7 chips, Thunderbolt port and back-lit keyboard to all new MacBook Air 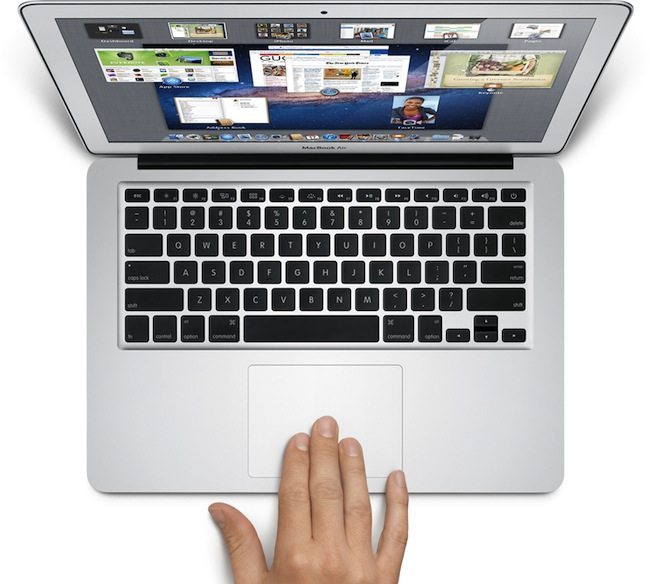 Apple updated their[amazon_link id=”B005CWIRPG” target=”_blank” ] Macbook Air[/amazon_link], recently announced.  They’ve added Core i5 and i7 chips, in addition to their Thunderbolt port and a backlit keyboard.

According to Apple, the new Core i5 and i7 chips make these Macbook Airs up to 2.5 times faster than the previous iteration.  The [amazon_link id=”B005CWIRPG” target=”_blank” ]Core i5[/amazon_link] appears by default in all models.  The 11-inch version, which includes a 1.6Ghz Core i5 chip, 2GB of RAM and 64GB of SSD storage, starts at $999, the same price point as before.

All models ship within 24-hours and include Lion OS X.  You can also pre-order models through [amazon_link id=”B005CWIRPG” target=”_blank” ]Amazon[/amazon_link] and save some money.

Check out the full press release….

CUPERTINO, California—October 20, 2010—Apple® today unveiled an all new MacBook Air®, the first of a next generation of notebooks which will replace mechanical hard disks and optical drives with Internet services and solid state flash storage. These next generation notebooks are:

Available in 11-inch and 13-inch models and weighing as little as 2.3 pounds, the new MacBook Air is Apple’s lightest and most portable notebook ever. MacBook Air uses the same solid state storage technology as iPad™ to deliver instant-on responsiveness, up to seven hours of battery life and up to 30 days of standby time.* Starting at $999, the affordable MacBook Air defines the next generation of MacBooks.

“MacBook Air is the first of a new generation of notebooks that leaves behind mechanical rotating storage in favor of solid state flash storage,” said Steve Jobs, Apple’s CEO. “We’ve taken what we have learned with the iPad—solid state storage, instant-on, amazing battery standby time, miniaturization and lightweight construction, to create the new MacBook Air. With its amazing responsiveness and mobility, it will change the way we think about notebooks.”

With its precision aluminum unibody enclosure, the new MacBook Air measures an incredibly thin 0.11-inches at its thinnest point and 0.68-inches at its thickest, and weighs just 2.3 pounds for the 11-inch model and 2.9 pounds for the 13-inch. Like iPad, MacBook Air was designed from the ground up to use flash storage exclusively. Apple’s custom-designed flash storage is 90 percent smaller and lighter than a conventional notebook hard drive, contributing to MacBook Air’s mobile, featherweight design. MacBook Air’s flash storage also provides faster data access and is more reliable than notebook hard drives due to its solid state design.

MacBook Air features a full-sized keyboard for typing comfort and productivity, as well as the highly acclaimed glass Multi-Touch™ trackpad found on Apple’s MacBook® Pro, so you can scroll through web sites, flip through photos, and resize or rotate images all from the trackpad. The built-in FaceTime® camera, mic and stereo speakers are perfect for video calls with iPhone® 4, iPod touch®** and other Macs.

Apple makes the industry’s greenest notebooks and the MacBook Air is the latest Mac® notebook to achieve EPEAT Gold status and meet Energy Star 5.0 requirements.*** Each unibody enclosure is made of highly recyclable aluminum and comes standard with energy efficient LED-backlit displays that are mercury-free and made with arsenic-free glass. Mac notebooks contain no brominated flame retardants, are PVC-free and are constructed of recyclable materials.

Apple uses advanced chemistry and Adaptive Charging technology to create a MacBook Air battery that delivers up to seven hours of wireless productivity on a single charge and up to 1,000 recharges.**** The built-in battery design results in less waste, and depleted MacBook Air batteries can be replaced for $129, which includes installation and disposal of your old battery in an environmentally responsible manner.

Additional technical specifications and configure-to-order options and accessories are available online at www.apple.com/macbookair.

Check out the video recapping all recent Apple announcements….

5 Ways to Limit Screentime At Bedtime