Swagtron Snowtide Helmet Has a Brain

Tech-loving skiers and snowboarders looking for a “smart” way to protect their heads on the slopes this year may want to check out the latest product from Swagtron. The company best known for its electric ebikes, hoverboards and scooters has announced that it is getting into the outdoor head protection market by launching a smart helmet called the Snowtide.

The Snowtide ski and snowboard helmet comes equipped with built-in Bluetooth audio that not only allows the wearer to stream music and podcasts from their phone, but make and receive phone calls, too. But that isn’t the only method of communications that the helmet has to offer as the Snowtide also features a special push-to-talk option that functions much like a walkie talkie with unlimited range. 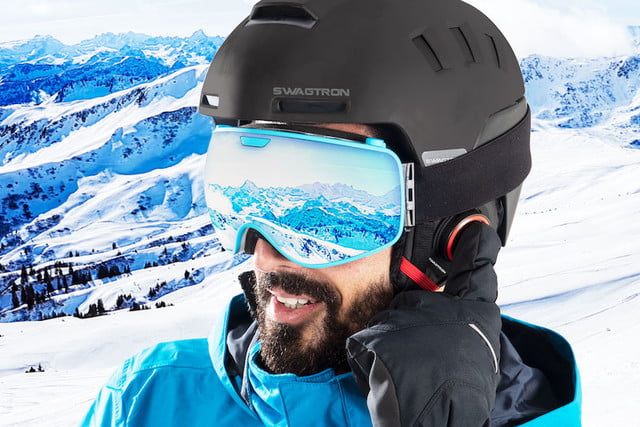 Using a special app for iOS and Android, Snowtide owners can create and manage groups of friends and family who also use the smart helmet. Those users can then send voice messages to one another simply by pushing a single button on the helmet, which then relays that message to others no matter where they are in the world. That means you can ski with your posse even when you’re not on the same mountain.

The Snowtide also has a built-in feature that is designed to keep skiers and snowboarders safer on the slopes as well. Swagtron has included a smart SOS system that can automatically detect an abrupt fall and impact, activating an alarm in the helmet as a result. If after 60 seconds the alarm hasn’t been shut off, the helmet will automatically send text messages and emails alerting a skier or rider’s emergency contact that an accident has occurred. Multiple emergency contacts can be designated within the Snowtide smartphone app.

As if all of that wasn’t enough, the smart helmet also comes with built-in tracking of a skier’s metrics. The Snowtide is capable of keeping track of speed, duration, distance, vert, and slope angle, saving those stats to its app. Riders can then access those stats later to see their season-long numbers. 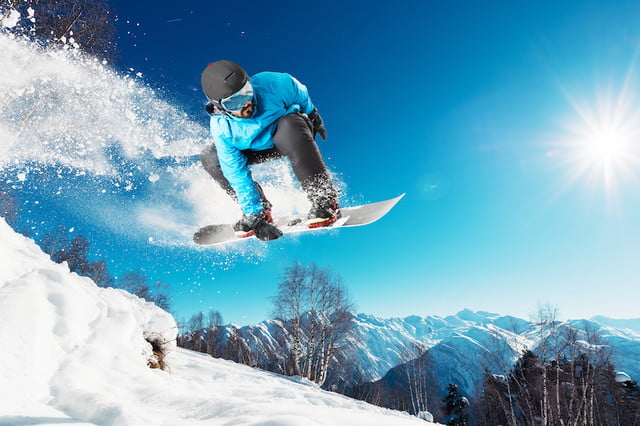 Non-smart features include goggle guides and induction channels to prevent those goggles from steaming over. Easy-access vents provide a measure of temperature control for riders, sliding open on warm days, but sealing up tight when the mercury takes a plunge. Of course, the helmet is outfitted with plenty of protection, too, including an integrated EPS impact layer, a tough ABS outer shell, and a chin strap that can be dialed in with the turn of a knob.

The Swagtron Snowtide is available now with an MSRP of $165. But, the company is offering the smart helmet for at an introductory price of $149 for those who purchase one now.

Here are some of the top Smart Home Gym Equipment choices you have to stay engaged on your fitness journey during the COVID-19 pandemic.
Read more
Entertainment

The Lander 27" Complete Skateboard is a lightweight, ultra-durable and Eco-Friendly skateboard that's made of a special blend of fiber-reinforced Nylon and different recycled materials. Overall, this is a really solid skateboard, proving to be durable and engineered to last.
Read more
Sports Gadgets

The A2 Speed Phreak is a high-performance Tri-Bike that's light, stiff and durable, making it an adaptable ride for a variety of road conditions. Overall, the Speed Phreak is a great entry-level tri-bike for any triathletes out there that are looking to take their tri-cycling game to a whole new level. It’s ultra-solid frame and overall construction give it a lot of stability during rides, even when pushing yourself to go at the highest possible speeds. While its wheels are of extreme quality and are ensured to endure countless hours of cycling (both for practicing and competing), the bike’s brakes are also very reliable, meaning that they can be used quickly and smoothly, without any concerns whatsoever.
Read more
Home Gadgets