Logitech has Some New Cans

Logitech just announced the G432 and G935 headsets, and they’re a couple of sleek new editions that bring some competition to the table. Resembling the G430 and G933 headsets that came before them, there are a few changes that help them stand out. The most notable change is in the leatherette ear cups, which make the headsets look more striking.

The leatherette isn’t as breathable as the fabric mesh ear pads featured on the previous headsets, and unlike the mesh, the leatherette has some resistance to it and it poses a little bit of an issue to the already tight diameter of the ear cups.

As for the G935, the headset is less restrictive, and the ear cups feel comfortable even six hours into a gaming session. They’re extremely comfortable.

Unlike its lightweight predecessors, these headsets feel sturdy and have some weight to them. The G432 and G935 feel like quality, and the ear cuffs swivel so that when you don’t have them on, they rest nicely around your neck. The G935 is wireless with about 12 hours of life after a full charge, and a range of 15 meters. It comes with a braided charging cable and an analog cable that you can connect to your PC, PS4, Nintendo Switch or Xbox One. It also features an on/off switch, volume adjuster, and a set of programmable G-keys along the side of the headset. 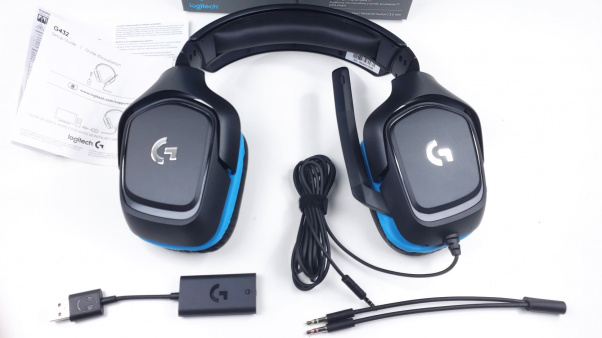 The G432 is a wired headset, ditching the braided cable of the G430 for a thin rubber one. It’s compatible with PC, PS4, Xbox One, and the Switch, just like the G935. The on-cable controls have been removed in lieu of onboard volume control.

The upgraded audio and mics on these headsets are incredible. Both have a flexible six-millimeter mic that turns off and on when flipped up and down. The G935’s mic extends further if you pull it down and can be tucked discretely back up into the body of the headset. Mic quality is incredibly clear.

Instead of the 40 mm drivers of the older headsets, the G935 and G432 both have 50 mm drivers, offering up a fuller sound pallet. Both feature DTS and Headphone X 2.0 surround sound. It definitely adds to the quality and enjoyment of your gaming experience, and sounds great while listening to music or watching YouTube videos as well. 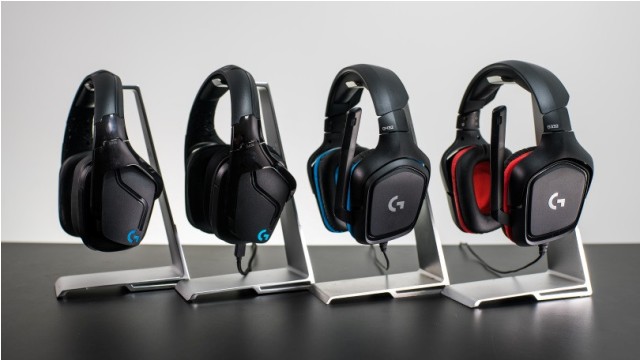 Both headsets can be personalized using Logitech’s G Hub, a community-driven software interface that allows players to customize and share their gaming profiles. These customized features include G-Key programming, RGB lighting using Lightsync, and sound profiles. The G935 has a strip of RGB lighting along the sides of the ear cups that can be customized with different colors, patterns, and effects using G-Hub. If you have other Logitech gear with RGB lighting, they can all be synced up to match, and it’s actually pretty cool.

The new Peavey AT-200 is an electric guitar with auto-tune.  It features Antares Auto-Tune for Guitar with String Tune and the Solid-Tune intonation system, two technologies...
Read more