The Google Pixel 3a costs $399, while they haven’t released Google Pixel 3a XL’s price yet. Both should be on sale on the company’s website, in Verizon stores and, for the first time, on T-Mobile, Sprint, US Cellular, and of course, on Google Fi.

But there are other tweaks to make the Google Pixel 3a more appealing to a midrange audience, like a 3.5mm headphone jack and “adaptive battery” that extends battery life up to 30 hours, with up to 7 hours on a 15-minute charge using the included 18W battery charger. 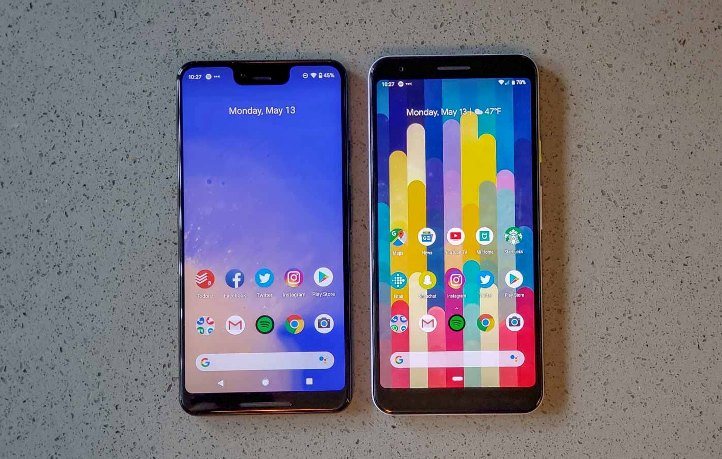 The Google Pixel 3a makes sense for Google, in that it’s patterning it’s lineup after Apple and Samsung, who also are releasing a more affordable variant of the flagship line. While the iPhone XR and Samsung Galaxy S10e are simply leaner versions of flagships that still cost well above other midrange phones, the Google Pixel 3a is half the price of its flagship namesake.

It’s no secret that Google Pixel phones haven’t sold terribly well. They’ve climbed in price, pushing the Google Pixel 3 just under iPhone and Samsung top-tier devices. Perhaps the Google Pixel 3a can boost sales by bringing the Pixel name (and camera) to a broader audience.

The Noopl is an easy-to-use high-end plug-and-play hearing enhancement accessory for iPhones that's designed to work as your go-to directional hearing device when used together with your Apple Airpods Pro earbuds. In sum, this device allows you to easily and very accurately reduce the background noises within any crowded areas so that you can better listen to what those that are accompanying you are saying. With it, you can have a much better way of listening to anyone that's close to you whenever you find yourself present in loud environments and/or crowded areas.
Read more
Smartphones

The CASETiFY iPhone 12 MagSafe-Compatible Custom Cases are ultra-durable and sustainable protection cases for all iPhone 12 models that are rated to be Drop-Proof up to 9.8 ft., featuring both an antimicrobial layer that keeps these cases 99% germ-free as well as full-compatibility with Apple’s brand-new Qi Charger, the MagSafe Charger. Overall, these iPhone 12 Protection Cases offer any iPhone 12 model from the iPhone 12 Series a great level of protection against any unexpected drops or any potential bumps. Additionally, they're fairly comfortable to hold and very easy to maintain a grip of, all while their antimicrobial layer keeps the cases 99% germ-free. All and all, these iPhone 12 Protection Cases are a great choice for you to go with.
Read more
Smartphones

The Catalyst Total Protection Cases for iPhone 12 Series are fully sealed and submersible protection cases for all iPhone 12 models that are both waterproof and drop-proof, as well as fully-compatible with Apple's brand-new Qi Charger, the MagSafe Charger. Overall, these Protection Cases for the iPhone 12 Series are without a doubt some of the best waterproof and drop-proof cases that you can get for any iPhone 12 model, and that goes for whether you're planning to go diving, snorkeling, or even hiking.
Read more
Smartphones

The Xiaomi Mi 11 is a powerful 5G Smartphone that features a WQHD+ 6.81 inches AMOLED Display with a 1440p resolution, up to 128GB with 8GB RAM, a 108 MP Triple-Camera Setup at the back and a 20MP Selfie-Camera at the front, close to 24 hours of battery life, and wide support to different types of Wireless Charging. While its WQHD+ 6.81 inches AMOLED Display Screen boasts a 3200x1440 resolution with a 120Hz Refresh Rate, and the phone also features support to HDR10+. Not only that, but the Xiaomi Mi 11 also comes equipped with a In-Display Optical Fingerprint Sensor that allows you to unlock the phone in a safer way. Additionally, this awesome 5G Smartphone also integrates a 108 MP Triple-Camera Setup at the back that allows you to record video in 4K, and it also has a Single 20MP Selfie-Camera at its front side that's capable of shooting photos and video in 1080p. Last but not least, while its 4,600mAh Battery can offer you close to 24 hours of battery life, its battery not only supports 55W Wired Fast Charging, but also 50W Wireless Fast Charging and 10W Reverse Wireless Charging, thus making this phone very versatile when it comes to its recharging functionalities.
Read more