Renowned American social media and tech giant Facebook, Inc. has just very recently announced the official release of its Facebook Desktop redesign, which, not only is already live for all users, but also comes with a really nice feature that has been requested for years and years, and that is none other than a new Dark Mode.

The social media giant had already announced this upcoming change at its last year’s Facebook F8 2019 conference (which Facebook holds at an annual basis).

However, Facebook’s website revamp doesn’t only bring its users the long-waited Dark Mode.

Let’s have a look at all the new features that come with the brand-new Facebook Desktop redesign.

Starting off with the long-waited feature, the brand-new Desktop version of the website finally brings Dark Mode to desktop users, which not only minimizes screen glare in low-light environments, but also improves the experience in viewing videos on Watch.

“The new immersive layout along with Dark Mode makes viewing videos on Watch a great experience.”

The website revamp had already been rolled out for some test-users earlier this year.

As shown in Facebook’s sample video, activating Dark Mode for this new Desktop version of the website is as simple as toggling the option on the upper-right side of the screen.

The release of Dark Mode to Facebook’s Desktop version came right after the feature’s official roll out on Facebook Messenger (Mobile Version) back in April.

At the same time, the company’s owned WhatsApp (purchased back in February 2014 for $19.3billion) also introduced the Dark Mode feature in March, which, according to the messaging service’s software team, was the most requested feature among WhatsApp users.

Other than the long-awaited Dark Mode, Facebook’s brand-new Desktop redesign also brings users a new streamlined navigation, thus improving the page-to-page navigation on the desktop version of its website.

This new “quality-of-life” improvement makes it easier for users to search just about any content, which, according to the company, has “never been easier to find videos, games and Groups”. 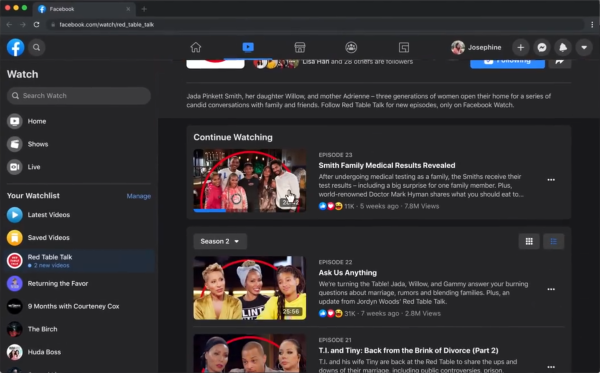 Furthermore, thanks to this new updated Desktop version, both the website’s home page and page transitions also load faster now, something that the company reported to be “similar” to the “mobile experience”.

Lastly, as this recently released Desktop version is also simpler and easier to use, the new website revamp also makes it easier for users to create Events, Pages, Groups, and ads on Facebook’s interface. 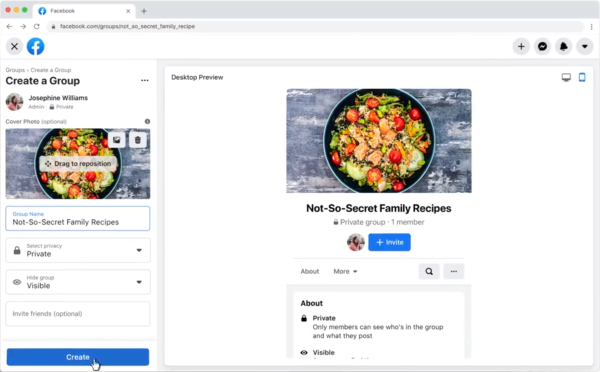 Users will now be able to preview a new Group in real time while creating it (and before actually confirming its creation).

Not only that, but they’ll also get to see what that same Group they’re still creating will look like on Facebook’s mobile App.

Facebook’s Plans for the Future

Facebook itself confirmed that with most of its focus directed to the mobile experience, its desktop website “had fallen behind.”

In order to address this issue, the social media giant decided to spend the last few months doing research on what should be included in a long-overdue update.

Lastly, Facebook also stated that it will “keep improving the experience” after the official launch of its new Facebook Desktop version.

The company has invited all users to share their thoughts on the new update, and that can be done by going into the Setting Menu (at the top right of the page’s interface) and clicking on the “Give Feedback” button.

The Somnox Sleep Robot is a Robotic Stress Reliever and Sleeping Aid Device that can be used to guide a user towards relaxation while also improving the person's sleep by simply slowing down their breathing. This compact kidney-shaped robot can help you fall asleep quicker and sleep more deeply, and even wake up more refreshed by using sleep science and effective relaxation techniques. It’s extremely easy to use as all you have to do is simply cuddle with it during your time sleeping at night. Overall, the Somnox Sleep Robot is a great solution for all your sleep problems, and it can be used to achieve a healthy sleeping routine without resorting to any sleep medication.
Read more

The Knops Earplugs are acoustic adjustable hearing controls that let you easily and conveniently reduce any surrounding noise in just four steps. These hearing gadgets are the first-ever analog hearing solution that's adjustable in multiple sound-level settings (meaning different dB levels). With them, you can easily control the typical noise life and ultimately have a quieter and more peaceful daily routine throughout the busy city life that's commonly found everywhere. That goes for loud cars honking, general traffic passing by, a crowded coffee shop with tons of people talking when you're trying to stay focused on a study piece your reading, and pretty much anything else that might sound loud for you at any given moment.
Read more

The Philips SmartSleep Connected Sleep & Wake-up Light is a Smartphone-enabled Alarm Clock and Therapy Lamp that's equipped with a built-in LED Light and a digital Bedroom Monitor. It allows users to gently wake up and easily fall asleep by virtually recreating a sunrise and sunset light while also letting users constantly and conveniently check their bedroom's temperature, noise, light and humidity levels via the unit’s proprietary SleepMapper App.
Read more

The KONG Box is an amazing monthly subscription service that brings both dog owners and their beloved dogs the perfect mix of dog chewing, training and comfort toys, as well as treats and informational sheets with dog tips, tricks and doggy meal recipes. Every box ships with personality tips based on the personality profile that each dog owners creates for their dogs at KONG's online page.
Read more

The ThinkFlood Inc RedEye Universal Remote turns your iPhone, which lacks IR technology, into an IR remote. At the core is the RedEye Wi-Fi...
Read more
Miscellaneous Gadgets

The Speedo Aquabeat waterproof MP3 player is submersible to three meters, weighs in at only 35g and is easily attached to your sports gear. Attachable...
Read more